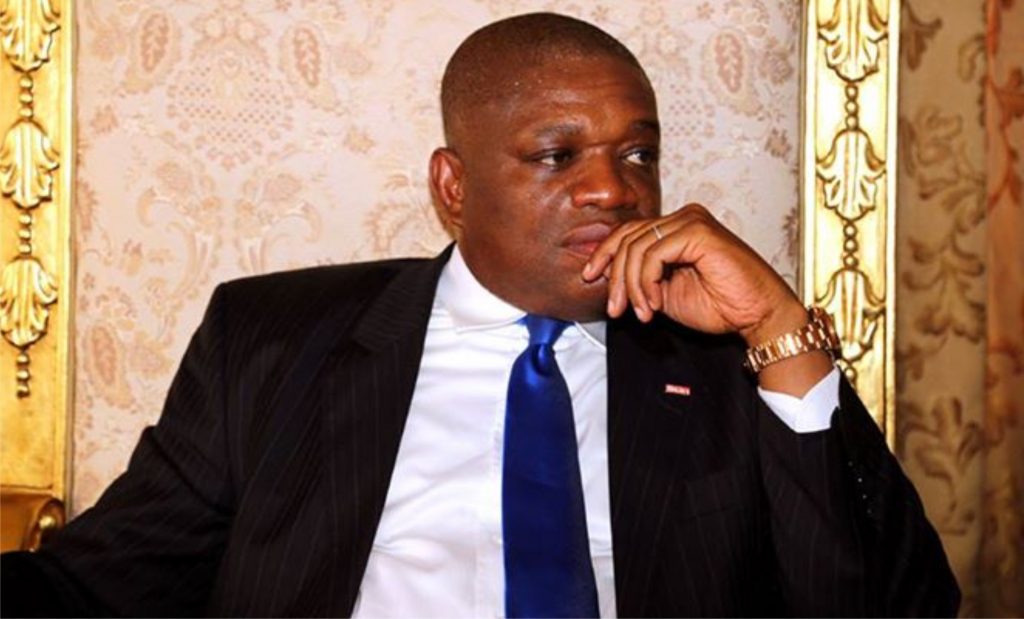 Abraham who gave the advice while reacting to the bail application filed before a Lagos Federal High Court by Senator Kalu on Wednesday, said Kalu’s resignation had become imperative to enable him squarely pursue his appeal against his conviction on 7.2 billion money laundering and fraud case.

According to Abraham, the best Christmas gift Kalu can give to his constituents is to resign so they can elect his replacement.

DAILY POST reports that the former governor of Abia State, on Tuesday, asked a federal high court in Lagos to grant him bail on grounds of ill health.

Orji Uzor Kalu had filed an application for bail pending the hearing of an appeal suit challenging his conviction.

The former governor said he is battling serious health challenges that cannot be handled in the prison.

But the Economic and Financial Crimes Commission which prosecuted Kalu on the corruption charges opposed the application.

However, Abraham said Kalu’s prayers had justified calls by many concerned constituents for him to resign to pave way for his replacement in the overall interest of the zone.

He maintained that as long as he remained incarcerated, Abia North would be without a representative at the senate.

His words:”Nigerian prisoner Senator Orji Uzor Kalu has applied for a post-conviction bail on health grounds and informed the court through his lawyers ‘that as the Chief Whip of the Senate and the senator representing Abia North Senatorial District the interest of his constituents would be in jeopardy if he was kept behind bars.

“Kalu has confirmed my earlier position that he should resign to avoid creating a deprivation for the people of Abia North senatorial zone who will be disenfranchised for not having a representative at the red chambers.

“The fact that he has informed the court that he has serious medical challenges which cannot be handled by the available medical facility at the prison is clear indication that he is incapacitated.

“By resigning honourably, Kalu will prove to Abia North that he is deeply concerned with his inability to be available to perform his legislative duties following his imprisonment and recent failing health challenges.

“Everyday, we lose in the red chamber is very critical and a huge deprivation to our people.

“If he fails to act appropriately we shall approach the courts to declare his seat vacant based on some evidence available to the public.

“The option of recall is our last option and we shall not hesitate to do the necessary as over 20,000 signatories of eligible electorates from Abia North are ready to mobilise for the court and recall action. This action is in good faith because it is intended for the good of our people.

“The friends and lovers of Kalu must now prevail on him to act in the best interest of our people. Any selfish action on his part will further create and worsen his health status and predicament”.