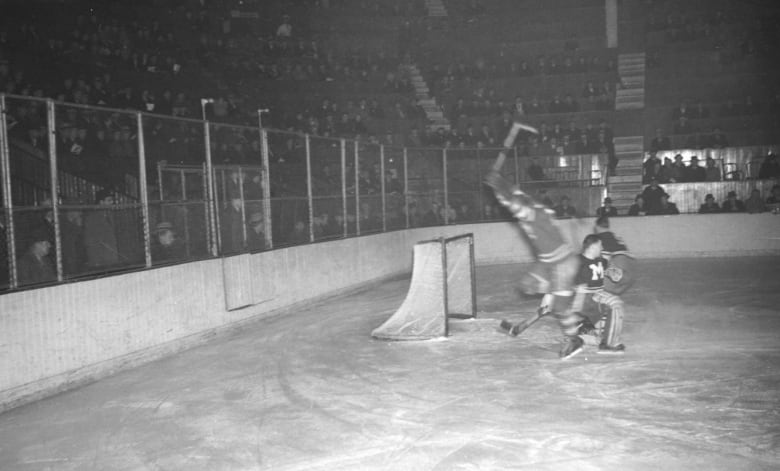 Finding Fred Christie: The legacies, big and small, of Canada’s reluctant civil rights hero
Fred Christie’s name is attached to one of the most notorious Supreme Court rulings in Canadian history: a 1939 decision that effectively legalized racial discrimination in the country.

But since Christie vs. York was handed down, 80 years ago this month, little else has been known about the man who took a Montreal tavern to court for refusing to serve him because he was black.

Civil rights activists in Montreal, wanting to honour his legacy, have been trying to locate Christie’s relatives and gather more information about him.

It was believed he moved to Vermont in disgust after the Supreme Court decision. That’s where the trail ran cold.

Christie’s name seemed destined to remain a byword for the moral failings of an earlier era.

But then, last week, Christie’s family reached out to CBC Montreal.

In a series of interviews, family members offered a portrait of someone who refused to be defined by the decision that bears his name.

Fred Christie, his family will tell you proudly, got on instead with the business of life: loving the children he raised, tending his garden and cheering for the Montreal Canadiens.

The facts of Christie’s early life are recorded in the top court’s decision and have been relayed by historians who have written about the York Tavern incident.

Christie was born in Jamaica in 1902 and arrived in Montreal in 1919, part of a wave of Caribbean immigrants.

He found work as a private chauffeur and around 1929 or 1930, married a white woman of German descent, Julie Osler, a widow with children of her own.

Osler was tight-lipped about the family’s past. Her granddaughter, Joan Clark, said she only ever remembered her grandmother saying one thing about marrying a black man.

“She told me, ‘You find out who you friends are,'” Clark said.

Christie and Osler settled on Galt Street in the Montreal neighbourhood of Verdun. From there, Christie had easy access to the Montreal Forum, where he had season tickets to watch his beloved Canadiens.

In the summer of 1936, he entered the York Tavern, a popular watering hole located on the ground floor of the Forum, with two friends.

When three different members of the tavern’s staff refused to serve him, citing the colour of his skin each time, Christie phoned the police.

He insisted that the officers witness as he tried again, still unsuccessfully, to order a beer. They only shrugged and said there was nothing they could do.

Christie sued the tavern, demanding $200 for the humiliation that he and his friends suffered. His legal fight was championed, and supported financially, by Montreal’s black community.

Montreal’s lone black community newspaper, The Free Lance: An Afro-Canadian Weekly, saw the legal challenge as a chance to make progress toward an elusive goal.

“Unless we are prepared to fight for equal treatment under the law of the land, we ought not and will not be regarded or treated as responsible citizens,” the newspaper wrote.

A lower court actually sided with Christie, awarding him $25 in damages. But he lost the two subsequent appeals.

The Supreme Court decision, historian James Walker wrote in his 1997 account of the case, was “the most significant statement” of legalized racism in Canada.

From Montreal to the North Pole

After the decision, Christie and his family did not move to Vermont, as was initially thought. They moved first to Parc Extension — a north-end Montreal neighbourhood — and then, in 1944, to Saranac Lake, N.Y.

The family bought a farm and called it Breezy Acres. It had a stone house, a barn, a cow and a horse. And it had lush gardens tended to by Christie.

“This guy could grow roses like nobody’s business,” said Larry Lebano Brazill, Clark’s older brother, who spent summers at the farm as a young boy.

During the years in Saranac Lake, Christie worked as a gardener at Santa’s Workshop, a theme park in the nearby hamlet of North Pole, N.Y.

Despite the two-hour drive back to Montreal, Christie would still insist on going to as many Canadiens games as he could, often bringing his stepdaughter along.

“Richard — the Rocket and the Pocket Rocket — they were his favourites,” said Christie’s stepdaughter Irene Proper, referring to Maurice Richard and his younger brother, Henri.

Never once, Proper said, did her stepfather mention the York Tavern incident or the Supreme Court case.

In fact, she didn’t find out about it herself until a relative told her two years ago when she was in her early 80s.

Terry Brazill, Clark and Lebano Brazill’s younger brother, was the one who discovered Christie’s role in the struggle for civil rights in Canada.

As an undergraduate at Sir George Williams (now Concordia) University in the early 1970s, Brazill took a law class in which he read about a case involving someone with the same name as his grandfather.

When he got home from school that day, he asked his grandfather: “Did you ever have a problem at the tavern after a game, and it went to the Supreme Court?”

Brazill said his grandfather made it seem like no big deal. Though he was aware his side had lost at the Supreme Court, he wasn’t sure why and had his grandson relay the details.

“It didn’t really faze him,” he said. “He knew he had been wronged. But he wasn’t like, ‘I need my bit of justice here.'”

That was the only time any of his family ever heard Christie speak about his role in Canadian history.

“I never realized the significance of his role with civil rights and that sort of thing,” said Lebano Brazill, who works at a hardware store in Kingston, Ont.

“I’m just beginning to realize that there was another side of him that I didn’t really see.”

A lifetime of legacies

But if Christie didn’t consider himself an activist, let alone recognize the influence of the case that carries his name, he nevertheless made a deep impression on his family.

“He was a super person — always willing to help people. He helped bring me up even though he was my stepfather,” said Proper, who at 84 still works part-time, at a bowling alley in Syracuse, N.Y.

“I don’t think he had an enemy in the world. That’s why this issue kind of shocked all of us. But that would be his goal: to help everybody because he always wanted to help.”

Christie was known affectionately as Pa, even to his grandchildren. He played the piano, smoked a pipe, dressed sharp and drove a Cadillac.

He was a peacemaker, the one able to calm the most intractable family feuds.

His grandchildren said he treated his wife like a princess. When he died in 1985, she would cry out: “I want to die, too, and be with my Freddie.” She lived another 15 years.

Lebano Brazill, who has eight grandchildren of his own, said the biggest lesson he learned from his grandfather was how to be one himself.

What was that lesson? “Be caring about your grandkids, you know, be close to them and mentor them and just have a really good, solid relationship.”

Clark, a retired high school principal now living in Ottawa, said even though her grandfather didn’t talk about social justice, she still inherited his moral vision.

“He always impressed upon us to do the right thing. You stand up for what you think is right. I still do that to this day,” she said.

Clark heads a neighbourhood association in Ottawa, which is fighting to save a heritage property, Kilmorie House, from developers.

“They say not to fight city hall, but I am,” she said. “I’m fighting city hall because that’s the right thing to do.”

And so Fred Christie’s legacy lives on, in ways both big and small.