Nigeria news : Women bare breast in protest over arrest of their children, destruction of houses in Ebonyi [PHOTOS] 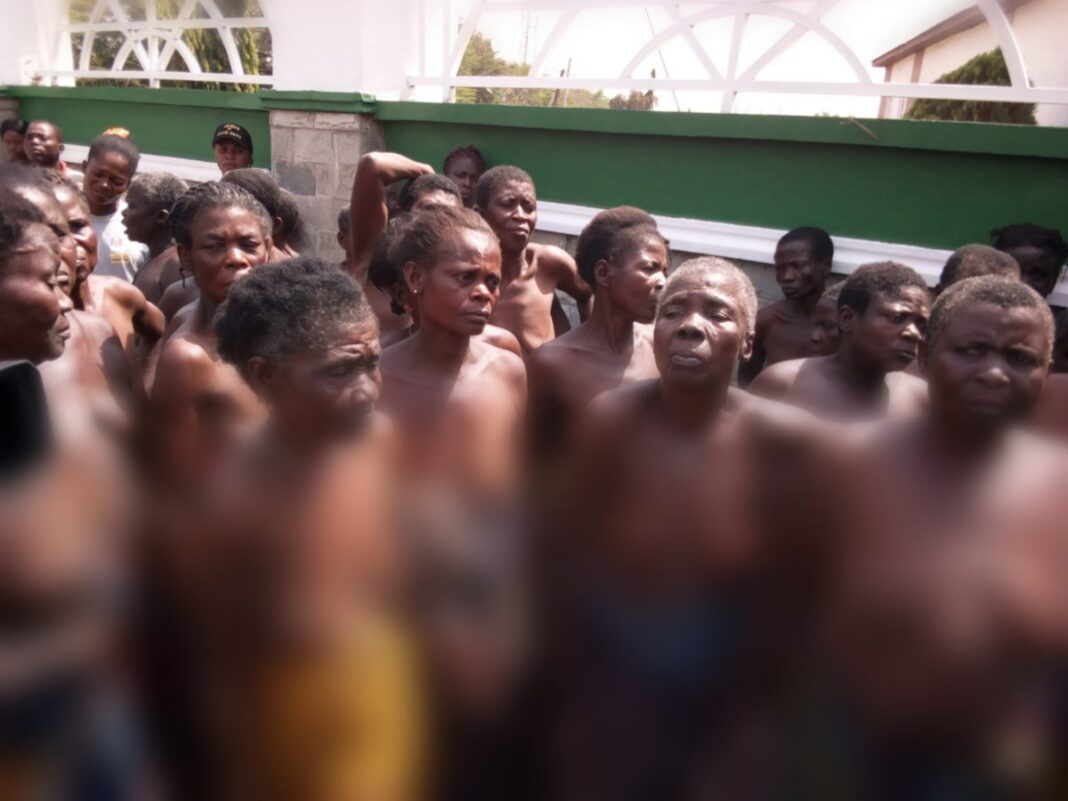 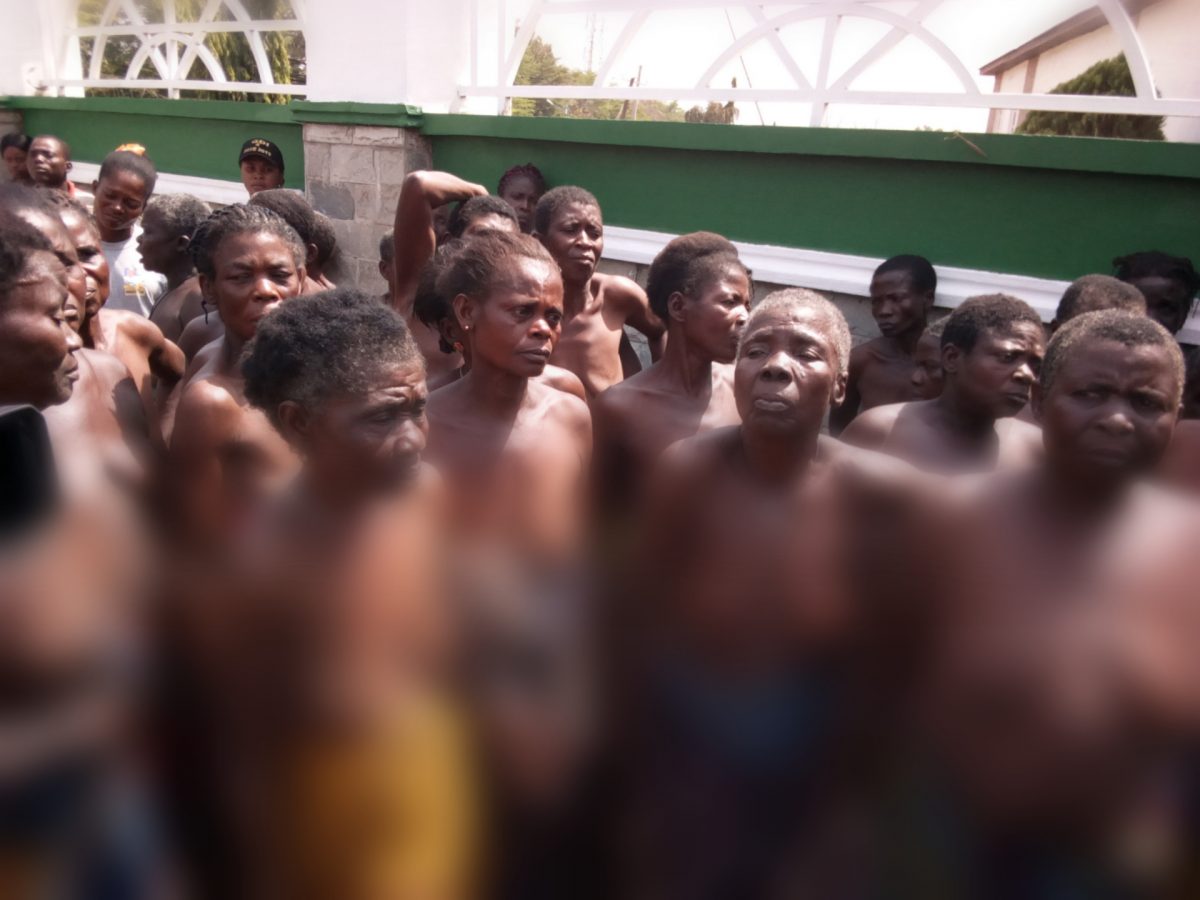 Nigeria news : Women bare breast in protest over arrest of their children, destruction of houses in Ebonyi [PHOTOS] No fewer than fifty elderly women from Agubia community in Ikwo Local Government Area of Ebonyi state yesterday protested half naked over the arrest of their sons and burning of houses in the said community.

The women who were between 80 to 100 years of age, stormed the Ebonyi state government house to protest against the increasing arrest of their sons, burning of houses and destruction of lives and property in Agubia community.

Recall that, there was serious crisis in Agubia community which resulted to the killing of one Chinedu Nwali and the destruction of lives and property worth millions of Naria.

The crisis was a result of leadership tussle between youths in Agubia community over who will take control of the Agubia motor park.

Houses were also burnt, and over five persons were seriously injured during the crisis and they are currently receiving treatment at the Abakaliki Federal teaching hospital, FTHA.

The Agubia Motor Park is the central park where all the vehicles leaving and entering the community stop.

Also, homes and vehicles belonging to some of the current leaders of the parks were vandalized and set ablaze by the opposing youths.

DAILY POST gathered that security agency swung into action by arresting some suspected persons believed to have hand in the said communal crisis.

Speaking to journalists, the leader of the protesters, one Mrs. Betrice Nwali said, “They came with a security agency and arrested our sons who came for a wedding three days ago.

“They arrested about nine of them and dumped them in police station. They also arrested another son of ours who is a Barrister in his house. They claimed that they were involved in Agubia motor park crisis.

“They came again with SARS and arrested another people at night. They arrested our sons because they claimed that they were the owners of the community.

“They have not settled the crisis in Agubia motor park and that’s why our sons who came for a wedding were arrested” she stated.

Another protester who also spoke, Mrs Mercy Nwali said, “the problem is too much on us and that’s why we came to protest. We are running away as a result of war. We didn’t go to our houses because of the crisis.

“We are for peace and the nine persons arrested should be released,” she stressed.

However, there was a Mild drama during the protest as the protesters refused to enter into a bus provided by the state government to take them home and money given to them was as well rejected.

The women insisted that they prefer to trek back to their refuge home since their houses were completely burnt down.

“We will make sure that the peace you are seeking for, is realized. I assure you that before the end of work today, the governor will respond to this your need and cry,” he stated.