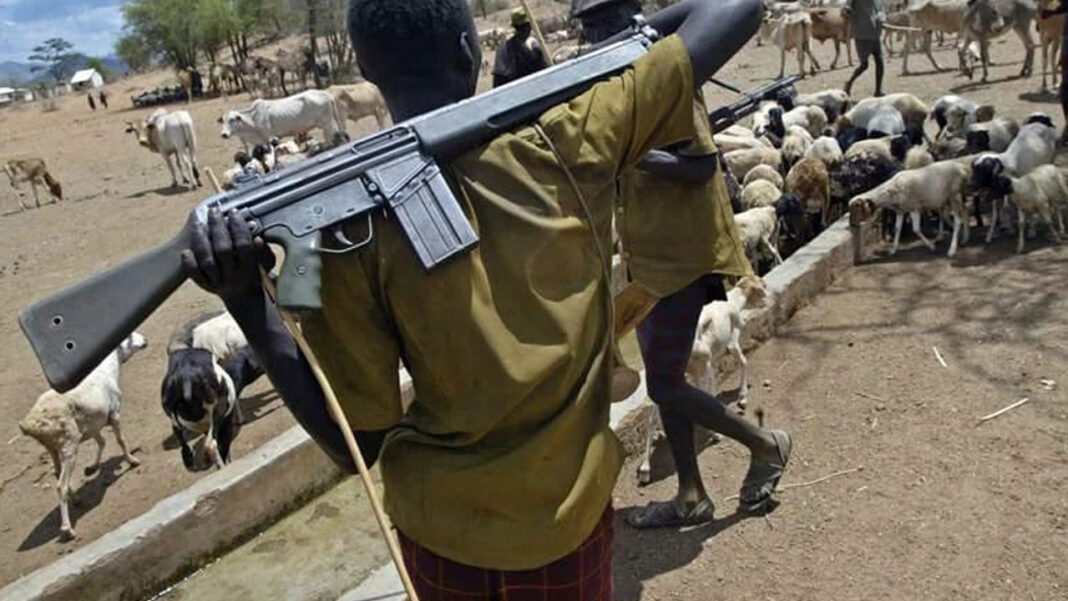 The OPC member, Mr. Sola Oguntade who is also a commercial motorcyclist was attacked at Owode/Araromi axis along airport road by the suspected Fulani herdsmen while working with his motorcycle.

According to Omotayo, trouble started when Oguntade wanted to drop the Fulani men at the Osi junction after they refused to pay the agreed fare.

“When he (Oguntade) asked the Fulani herdsmen for the payment, three additional Fulani came out from the bush and attacked him.

“They shot him severally but when the bullet could not enter, they hit him with planks,” he said.

He said they took his motorcycle, as well as the proceeds he had already made for the day’s job.

Omotayo also disclosed that the victim was discovered at midnight on Saturday by some hunters who were on hunting expedition.

He added that the victim was rushed to the state hospital by members of the OPC and the Police.