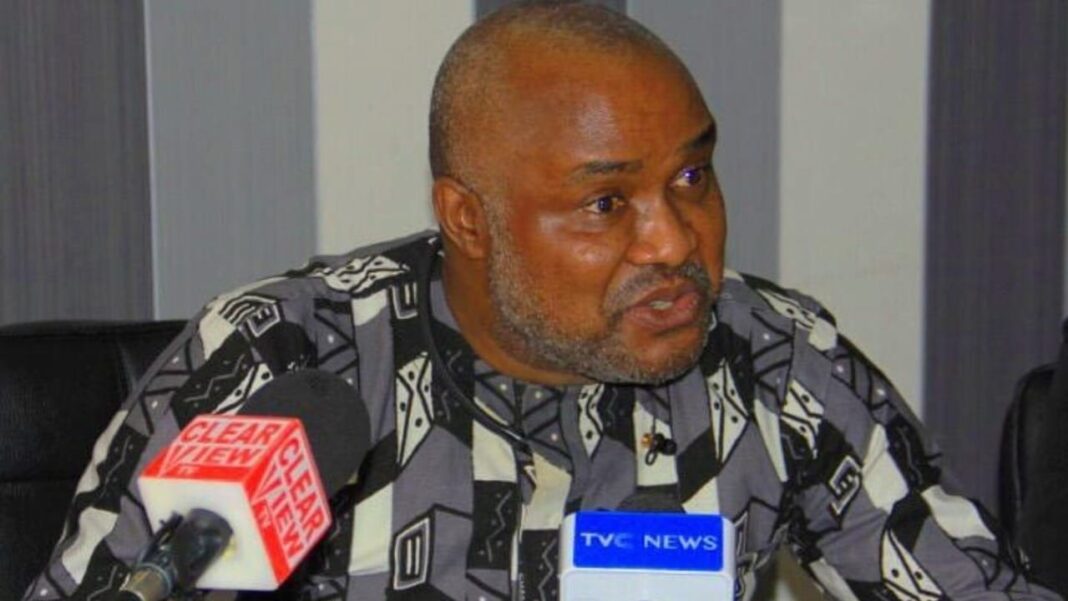 Nigeria news: $22.7bn foreign loan: Buhari exhibiting apartheid policy by excluding Igbos, Edo – HURIWA, The Human Rights Writers Association of Nigeria, HURIWA, on Monday said the decision of the Federal Government to exclude the Southeast and Edo state from the $22.7bn was an “apartheid” policy.

HURIWA made the remark while insisting that the exclusion violates Section 42 of Nigeria’s constitution.

It stated that excluding certain parts of the country was “provocative, unconstitutional, primitive and discriminatory” which was a fallout of dirty politics that preceded the approval of the loan request.

The 8th Senate under the leadership of Bukola Saraki had rejected the loan over lack of details.

However, the senate under Ahmed Lawan’s leadership approved the loan amid protest and uproar.

Buhari, while speaking on the loan had said it was to “ensure the prompt implementation of projects under the borrowing plan with special emphasis on infrastructure, agriculture, health, education, water supply, growth and employment generation, poverty reduction through social safety net programs, governance and financial management reforms, among others.”

However, a statement by HURIWA’s National Coordinator, Emmanuel Onwubiko said: “We are here to condemn the deliberate scheming out of over 60 million Nigerians of Igbo extraction in the proposed foreign loan shopping list of $22.7 billion prepared by President Muhammadu Buhari and approved by the senate dominated by the All Progressives Congress and also headed by a northerner in the person of Ahmed Lawan.

“The exclusion of the southeast and Edo State, which is provocative, unconstitutional, primitive and discriminatory, is said to be a fallout of what has been described as the dirty politics that preceded the approval of the loan request which President Muhammadu Buhari presented twice to the National Assembly and eventually got approved by the Senator Ahmed Lawan-led ninth Senate.”

“And more shocking is the fact that the Chairman of the Senate Committee on Local and Foreign Debts, Clifford Ordia, which processed the loan request and recommended its approval, represents Edo Central.

“In more specific details, the power transmission project in Lagos and Ogun states were given $200 million just as $800m was voted for the East-west road in the Niger Delta.

In the North West, the following projects were captured by the loan:

It was gathered that only 60 percent of the loan would be available for spending as 40 percent is to be paid to those who offered consultancy services regarding the loan.

The source disclosed that although the Federal Government was aware that the remaining 60 percent would not be enough for the projects for which the loan was sought, it had insisted on getting it loan because it intended to seek a second loan later in the year.

“A request for the second loan would soon be sent to the National Assembly, “the source said.