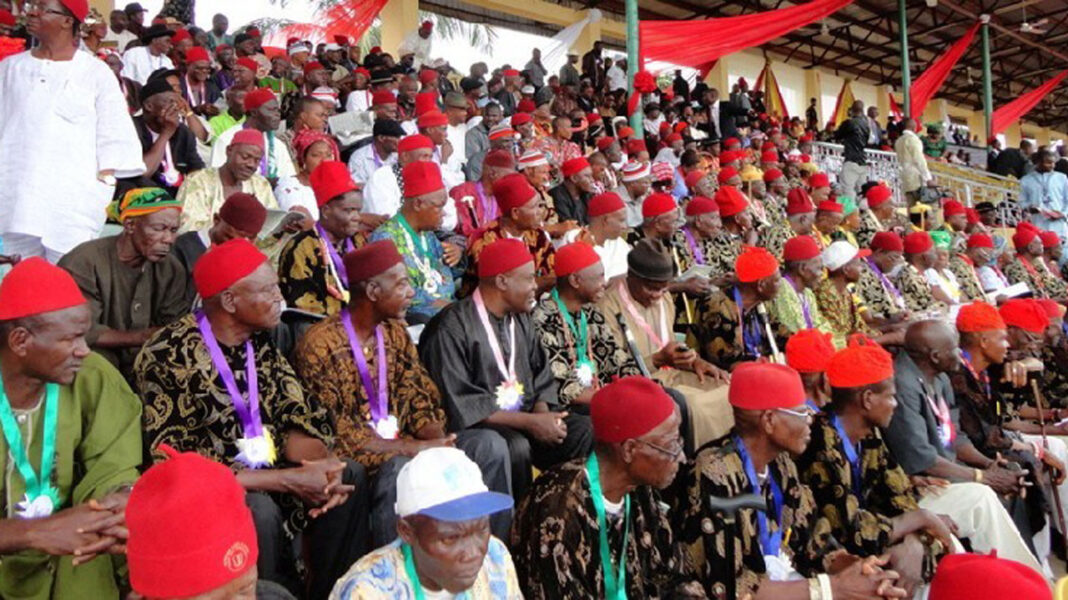 The Ohanaeze Ndigbo has distanced itself from the purported congratulatory message sent to Senator Hope Uzodinma after the Supreme Court declared him the winner of Imo state governor.

The Ohanaeze Ndigbo noted that Senator Hope Uzodinma came under circumstances many are uncomfortable with, urging the Apex Court to respect the rule of law.

A statement signed by Uche Aching Okpaga, Ohanaeze’s National publicity Secretary, made available to newsmen on Wednesday, also warned its estranged secretary against using its name.

The statement explained, “I have been inundated with calls and text messages on a media report credited to Bar. Uche Okwukwu, the estranged Secretary-General of Ohanaeze Ndigbo to the effect that Ohanaeze supports Senator Hope Uzodinma of the APC who was recently declared as the governor of Imo state by the Supreme Court.

“It is just very apt to say that Bar. Uche Okwukwu is gasping for media attention and finds Ohanaeze Ndigbo as a veritable “Okay” to quicken his velocity.”

Ohanaeze Ndigbo observed that it did not and has not made such statements.

“If at all such a story should be credited to Ohanaeze, it should also include Okwukwu’s status in Ohanaeze.

“Recall that prior to the last presidential election, Bar. Okwukwu breached his duties and prostituted his office and powers including usurping the powers and duties of the President General as a result of which he was suspended indefinitely as Secretary-General of Ohanaeze Ndigbo,” the statement explained.

The statement noted that the fact that he was used and thrown away, like the toilet tissue, by his paymasters is a story for another day.

“I, therefore, implore Bar. Okwukwu to steer clear of Ohanaeze, enjoy his indefinite suspension and as well continue to lick his self inflicted political wounds.

“Ohanaeze is not disposed to be dragged into this raging controversy at this time. All we expect is that the Supreme Court should be relied upon as a Court that respects the rule of law and not only dispenses justice but makes justice seem to have been done,” it advised.

The group explained that any judgment of the Apex Court that evokes the kind of controversy this particular one has evoked should make the Supreme Court have a rethink in order not to smear her credibility in the mud.

“One would expect that such controversies when they come from lower courts receive assuaging judgments based on the proper interpretation of the law,” the statement observed.