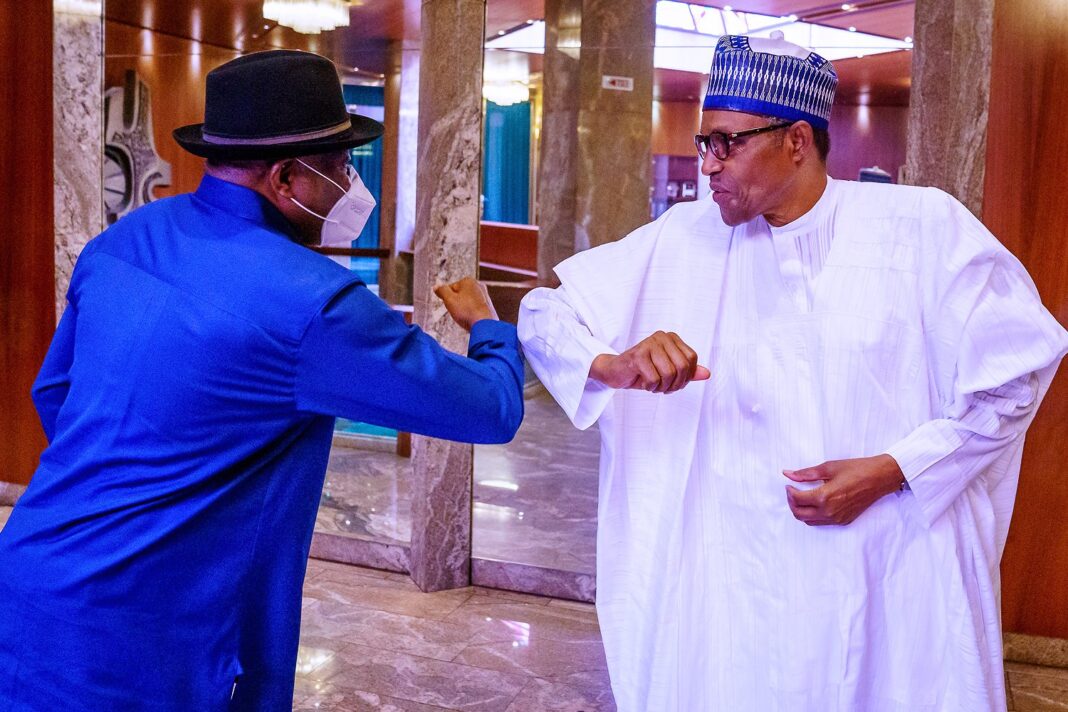 President Buhari expressed delight that the Mali situation had calmed down considerably, following interventions by leaders of the Economic Community of West African States (ECOWAS).

“We can’t do the hop, step, and jump like other developed nations of the world, but one is delighted at the successes recorded,” the President said.

After the intervention by the military in Mali, ECOWAS had insisted on a transition government led by a civilian, and returned to constitutional order within 12-18 months, among others.

Giving updates, Dr Jonathan said the mission given him by ECOWAS leaders was almost fully done, as a government with a largely civilian face has been inaugurated.

“The President has been sworn in, the Prime Minister, and Ministers too. The military has only four portfolios for serving officers, and the government has taken off. The Council, which will work like parliamentarians, will be inaugurated soon,” Dr Jonathan said.

He added that the Chairman of ECOWAS, President Nana Akufo-Addo of Ghana would formally brief West African leaders soon.