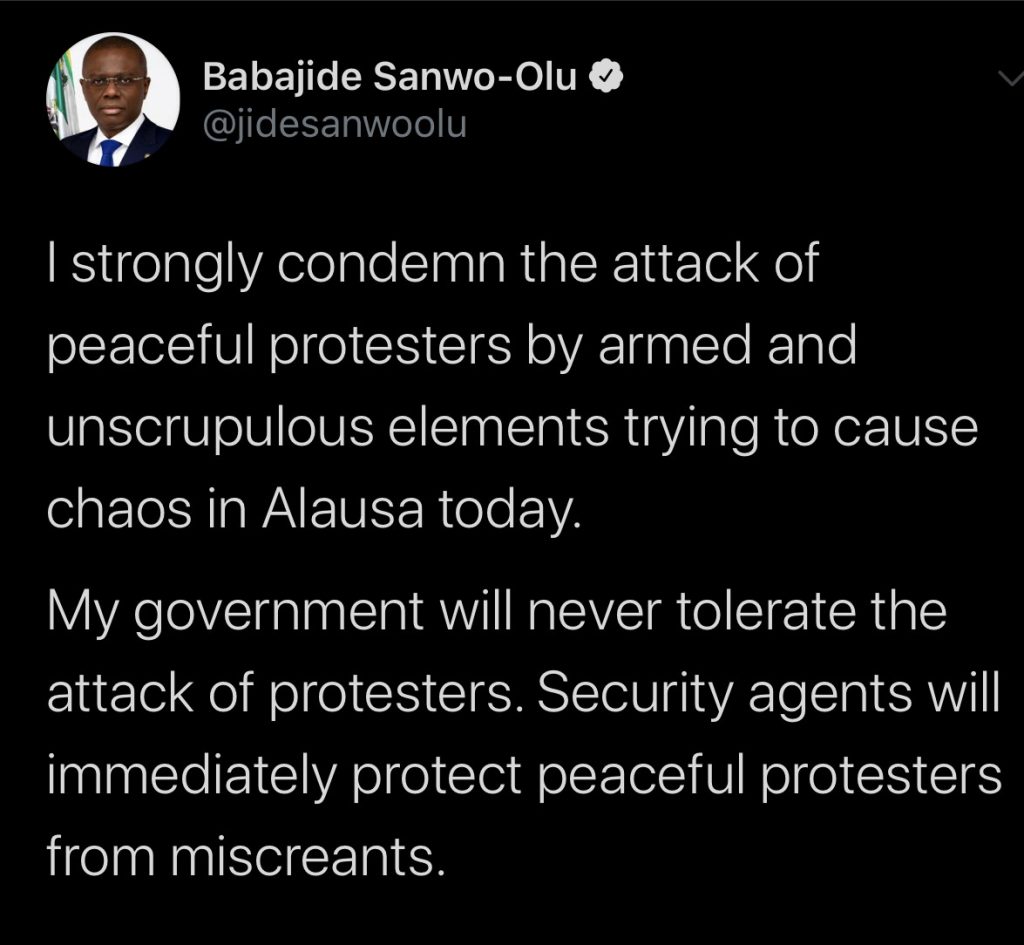 EndSARS, The Governor of Lagos State, Baba Jide Sanwo-Olu has condemned the attack on protesters calling for an end to police brutality in Alausa, Lagos.

condemned the attack adding that such attacks would not be tolerated by his government.

“I strongly condemn the attack of peaceful protesters by armed and unscrupulous elements trying to cause chaos in Alausa today.

”My government will never tolerate the attack of protesters. Security agents will immediately protect peaceful protesters from miscreants.,” he said.