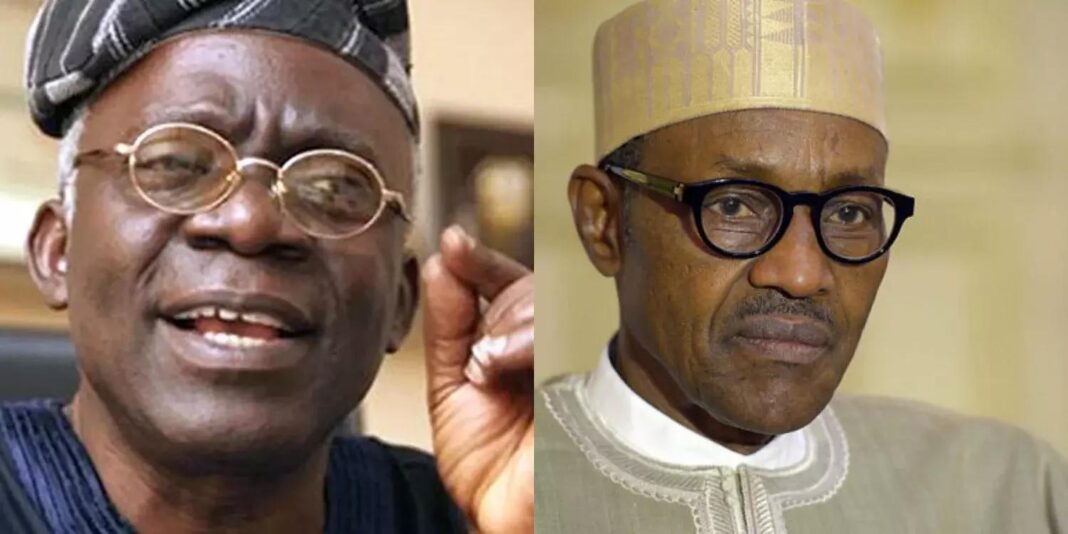 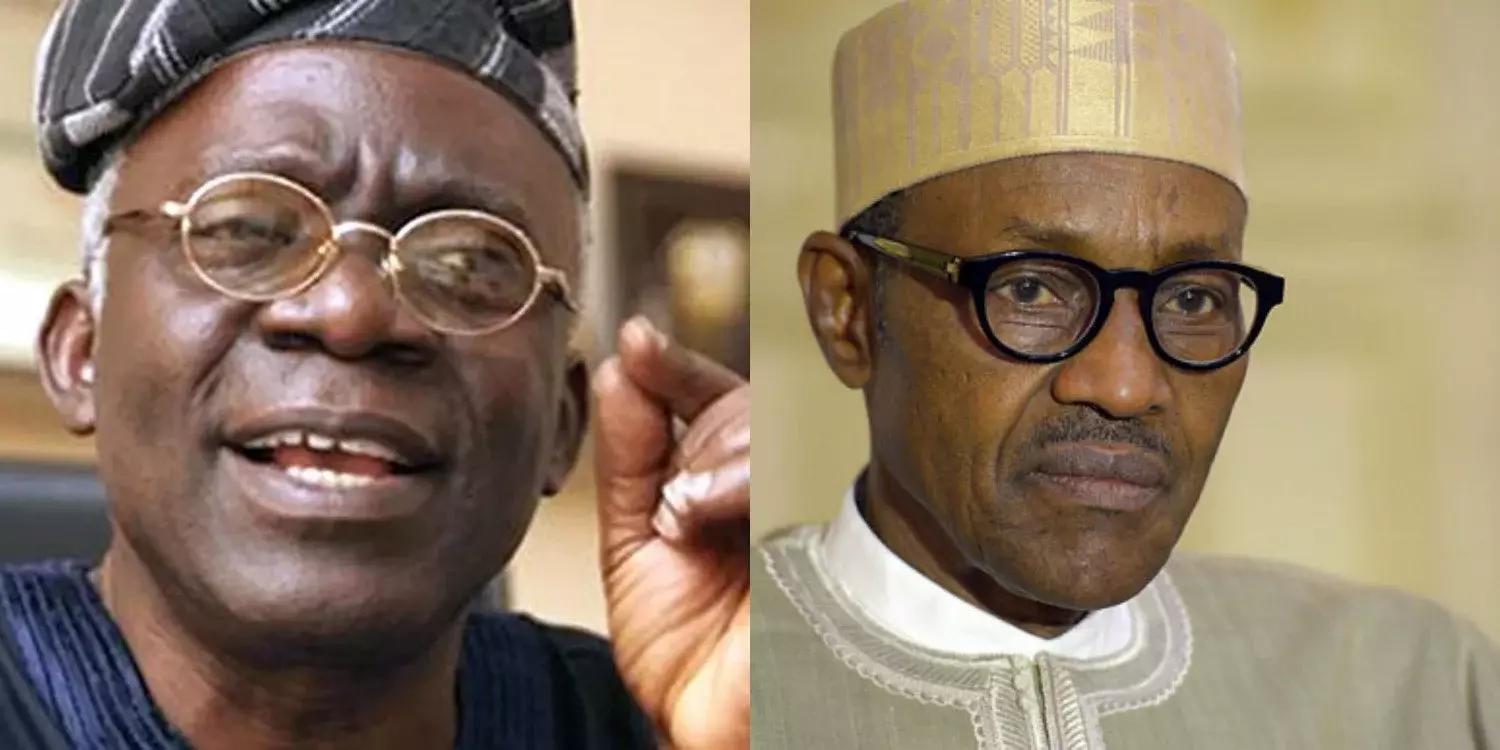 The legal luminary pointed out that as a military head of state, Buhari released 13 out of the several persons detained under Decree No 2 of 1984 on the basis of court orders.

He said if Buhari could listen to the advice of the then Attorney General of the Federation, the late Chike Offodile (SAN), he would not have disagreed with Malami.

The human rights lawyer also pointed out that only the president and the state governors have right of prerogative of mercy, adding that the AGF had no constitutional right to release any detained person on compassionate grounds.

Falana stated this in a statement on Sunday in reaction to comments made by Malami through his spokesman, Dr. Umar Gwandu, on BBC Hausa and the Hausa Service of the Voice of America while explaining why the Federal Government released Omoyele Sowore and Sambo Dasuki from custody.

Falana’s statement read: “As you are no doubt aware, only the President and state governors are entitled to exercise the prerogative of mercy or release any convicted person on compassionate grounds by virtue of section 175 of the Constitution of the Federal Republic of Nigeria, 1999.

“In Solola v. State (2005) 11 NWLR (Part 937) 460 the Supreme Court held that a person convicted of murder and sentenced to death by a High Court and whose appeal is pending at an appellate court cannot be pardoned by the head of state or governor of a state pursuant to sections 175 and 212 of the 1999 Constitution until the appeal has been finally determined.

“It follows to reason that the power of prerogative of mercy cannot be invoked to justify the release of a person standing trial and who has been admitted to bail but detained illegally by the State Security Service for alleged security reasons.

“With respect, the federal government has itself to blame for the needless controversy that has trailed the release of the duo. In the case of Sowore, the State Security Service refused to comply with the order made by Justice Taiwo Taiwo for his release on bail.

“Even after the order of Justice Ifeoma Ojukwu for the release of Sowore and his co-defendant, Olawale Bakare had been reluctantly obeyed; a gang of armed security operatives stormed the court to re-arrest the former.

“In the process, he was brutalised in the courtroom while Justice Ojukwu was forced to rise due to the disruption of the proceedings of her court.

“The footages of the desecration of the court which was widely circulated in the social media exposed the Federal Government to unprecedented ridicule. Thus, despite the denial of involvement by the SSS in the show of shame you had to take over the case.

“However, we were flabbergasted when you turned round to inform us that you had no power to direct the State Security Service to comply with the order of the Federal High Court for the release Sowore from custody.

“It is also on record that for about four years of detaining Col. Dasuki, the federal government did not take steps to set aside or vary or stay the execution of the five orders which had granted him bail.

“As if the contemptuous act of the SSS was not enough, you repeatedly maintained that the orders could not be obeyed on grounds of national security.

“In confirming your curious position the Presidency said last Friday that “the Attorney General of the Federation who is the chief law officer, as far as the government is concerned, has convinced everyone and the government inclusive that there is a basis for their continued detention because the individual right must not undermine the collective right.

“But having belatedly deemed it fit to review your position and advise the federal government in line with the tenets of the rule of law you ought to have apologised to both Sowore and Dasuki.

“That is what is expected of you in accordance with section 32 (6) of the 1999 Constitution. It is not an occasion for grandstanding or arrogant display of power.

“In a recent article entitled ‘How Buhari military regime released detainees on court orders.’ I did recall that the Buhari miltary junta released 13 out of the several persons detained under Decree No 2 of 1984 on the basis of court orders and on the advice of the then Attorney-General of the Federation, the late Chike Offodile.”