In Igbo land, the yuletide is a great period for reunions. It doesn’t matter one’s age, all enjoy the yuletide, and each enjoys it according to their age, understanding, wealth, and others.

It is usually a great period for Anambra people as it forms a part of reuniting the state’s people, as those living in the diaspora move home to celebrate with their kith and kin.

It is also when most communities, churches, social clubs, and many others fix their ceremonies, especially as they are sure all will attend. It is also a time for many to show off their wealth and acquisitions.

People prepare specially for this period, but it is not only individuals that prepare. Even the government does.

It also goes ahead to award multimillion naira decoration contracts across the state, which lights up communities with multiple colors, especially at night.

It then hosts the Carol of Nine lessons, which sets the tone for Christmas. A music carnival follows the carol in some years, but that didn’t happen in the 2020/2021 yuletide for obvious reasons; the rampaging coronavirus.

It also gave out early warnings about the use of fireworks, sirens, and covered plate numbers.

This is also in addition to the Inspector General of Police ban, Adamu Mohammed, on police personnel’s security for private individuals because some personnel are turned into domestic aides.

In a warning, in early December 2020, the Anambra State Police Command also banned the use of fireworks during the season.

“The Anambra State Police Command has banned the use of knockouts, firecrackers, and other forms of fireworks during the Yuletide period. Also banned is the use of unauthorized sirens, tinted glasses, and covered plate numbers.”

“Consequently, parents and guardians are advised to warn their children and wards from purchasing and using knockouts as the law governing the sales, purchase, and use of fireworks is still in force.

“Groups or persons desiring to commit the above-stated offenses are warned to desist forthwith as anyone arrested would be dealt with in accordance with the law.”

Despite the warnings and threat of punishment by Police authorities, the bans were not adhered to as reported by our correspondent who moved around the state attending traditional, social, and other functions during the yuletide.

He reports that on the nights preceding Christmas and New year days, variants of fireworks rent the ai,r causing joy anti-panic among citizens, depending on the people’s location and more.

The ban on the use of sirens, covered number plates, and tinted glasses was not adhered to.

Found that virtually every well to do Anambra man who returned for Christmas had at least two security men attached to them, flouting the ban on police personnel being attached to dignitaries.

At a store in Awka, Police Personnel who was not only attached to a private individual but was reduced to a domestic aide as he was saddled with moving wares bought by the dignitary in a cart from the store into the boot of the SUV car driven by the dignitary, while his other colleagues stood guard over the dignitary, with their AK 47 guns.

Though DAILY POST was unable to speak to any private individual with a police aide on how they got them, a lawyer, Mr.. Uzo Ben, said, “If that is what your worry is, then you can be sure you will worry for a very long time. This country will take a long time to be fixed. From what I know, for you to get security personnel to guard you, you only need to apply to the state Police Commissioner, and you pay some money, and give you security. You also promise to take care of the policemen attached to you.

“Let me tell you; policemen are even happy to be attached to some of these people because of what they get from them besides their salaries. As it is, if they share out the available security men to dignitaries, how many will be there to guard you and me? That is Nigeria for you,” he said.

A woman who simply identified himself as Kasie spoke of an ordeal she recently had with the police. She said, “I reported a matter at Zone 13 (Ukpo) during the yuletide season and I was told I had to hire mobile policemen because they were scarce. And because of the scarcity, nothing has been done on that case till date. Can you imagine?”However, the Anambra State Police Command ha, denied that it assigned police personnel to any dignitary during the festive season.

The Spokesperson for the Command, CSP Haruna Mohammed who replied to DAILY POST’s inquiry on the various bans, said, “Yes, the bans are still in force.”

Barr Uzo Be believes that no arrests would be made, insisting that the dignitaries who should be arrested for the violation are the same people who use police escorts to intimidate people on the road and drive through every police checkpoint without any check.

Police personnel as personal security, the Spokesperson, denied that the state command had approved any policeman as security attaché to any dignitary. He said, “The command does not assign police personnel to personal individuals without approval from the IGP.”

When reminded that some people who do not merit being given private security personnel were flaunting them in Anambra Anambra communities during the yuletide, He said that those people might have gotten them (policemen) from other states and not Anambra. 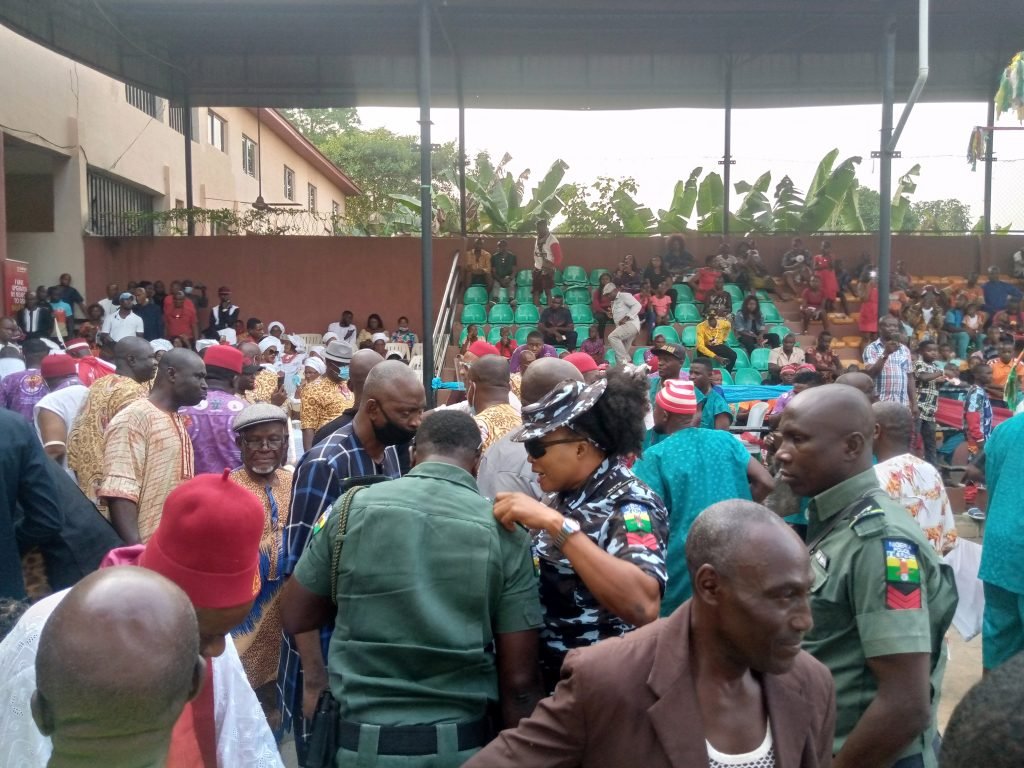 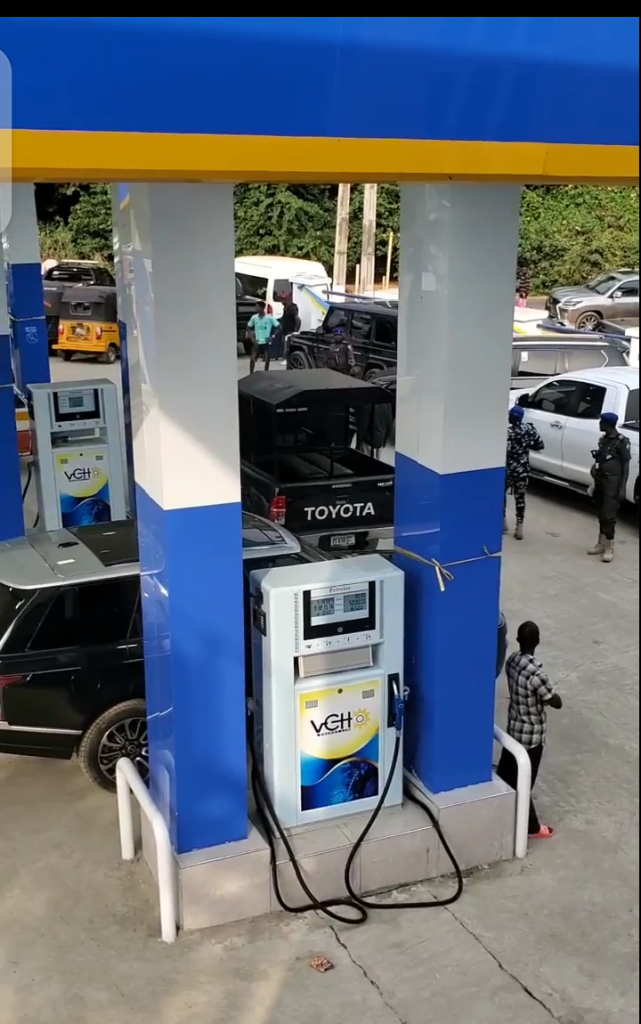 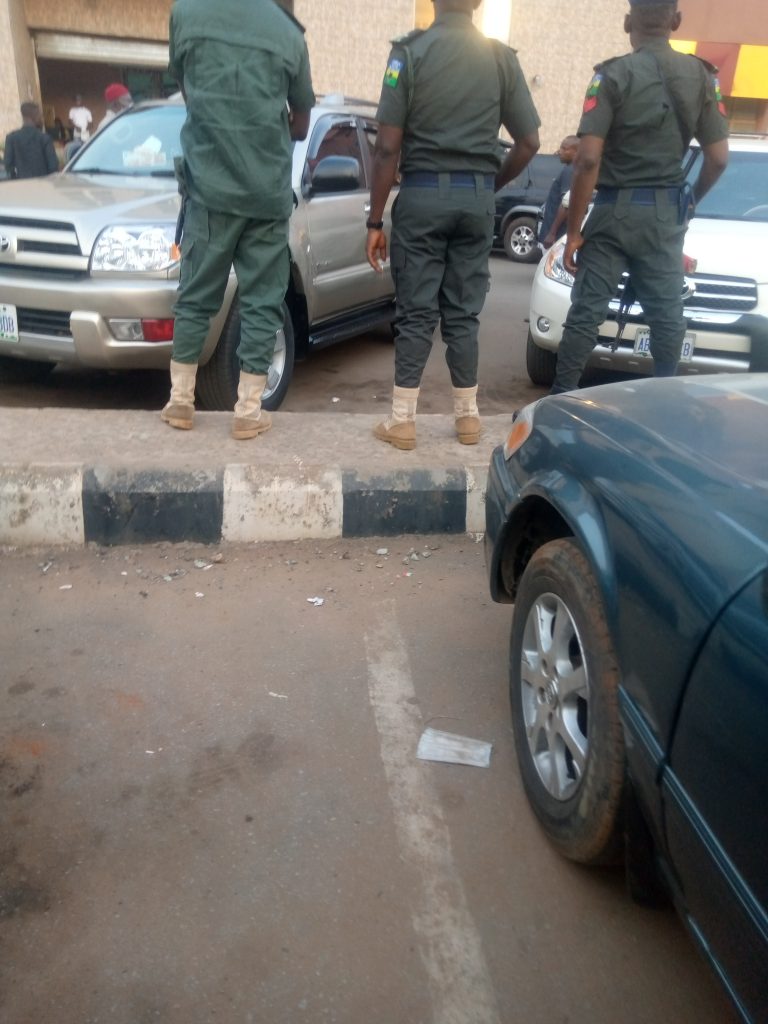 Some Policemen standing guard over a dignitary at Roban Stores in Awka, while their colleague at the back of the vehicle was helping the dignitary load wares into the boot of the car.