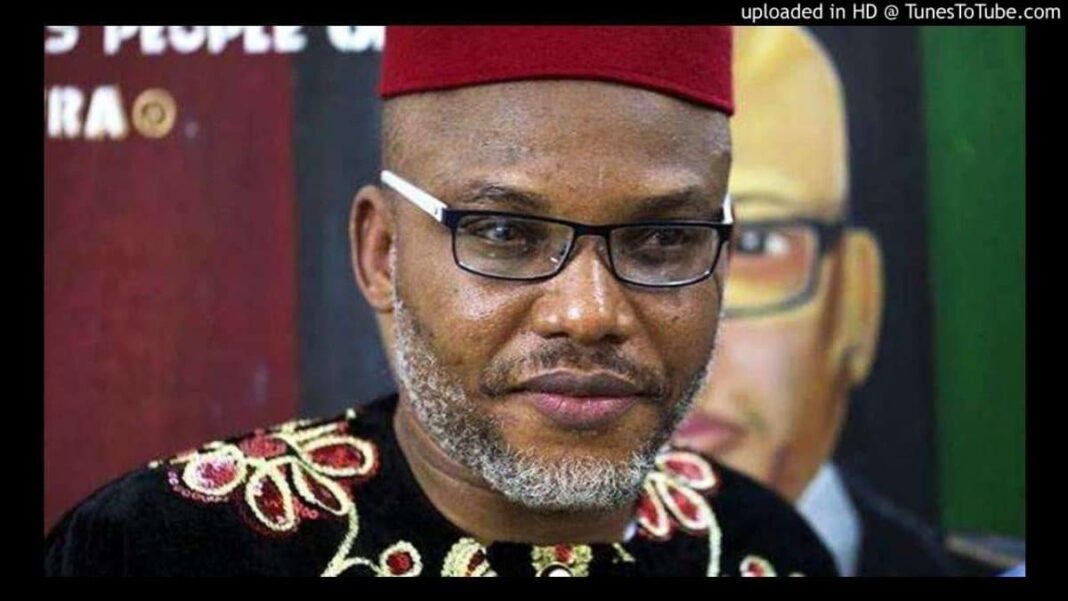 Addressing newsmen in Onitsha, Anambra State, the National Chairman of the forum, Chief Mike Ikegulu-Onugha, stated that, “Kanu should steer clear of the burial arena until all the issues are resolved.”

“He should wait until the coast is clear for him to come back. The dead must be buried whether Nnamdi is around or not. If he comes home, it is an opportunity for those who are looking for him to get him.

“However, rather than come and get involved in all sorts of trouble and military things and all sorts of issues, it is better for him to keep off.”

He spoke further saying, “The Federal Government should forgive a freedom fighter who is asking for a democratic/judicial means of independence. I see no harm in him, the President should pardon him to come back.”

The forum National chairman while sympathizing with the family of Nnamdi Kanu over the demise of their parents, urged them to take heart stating that, “in all struggles, stories like this come up. These are stories that will be told better in life. His parents died in the struggle, let us not mince words about it. The struggle has taken a toll on them,” he stated further.