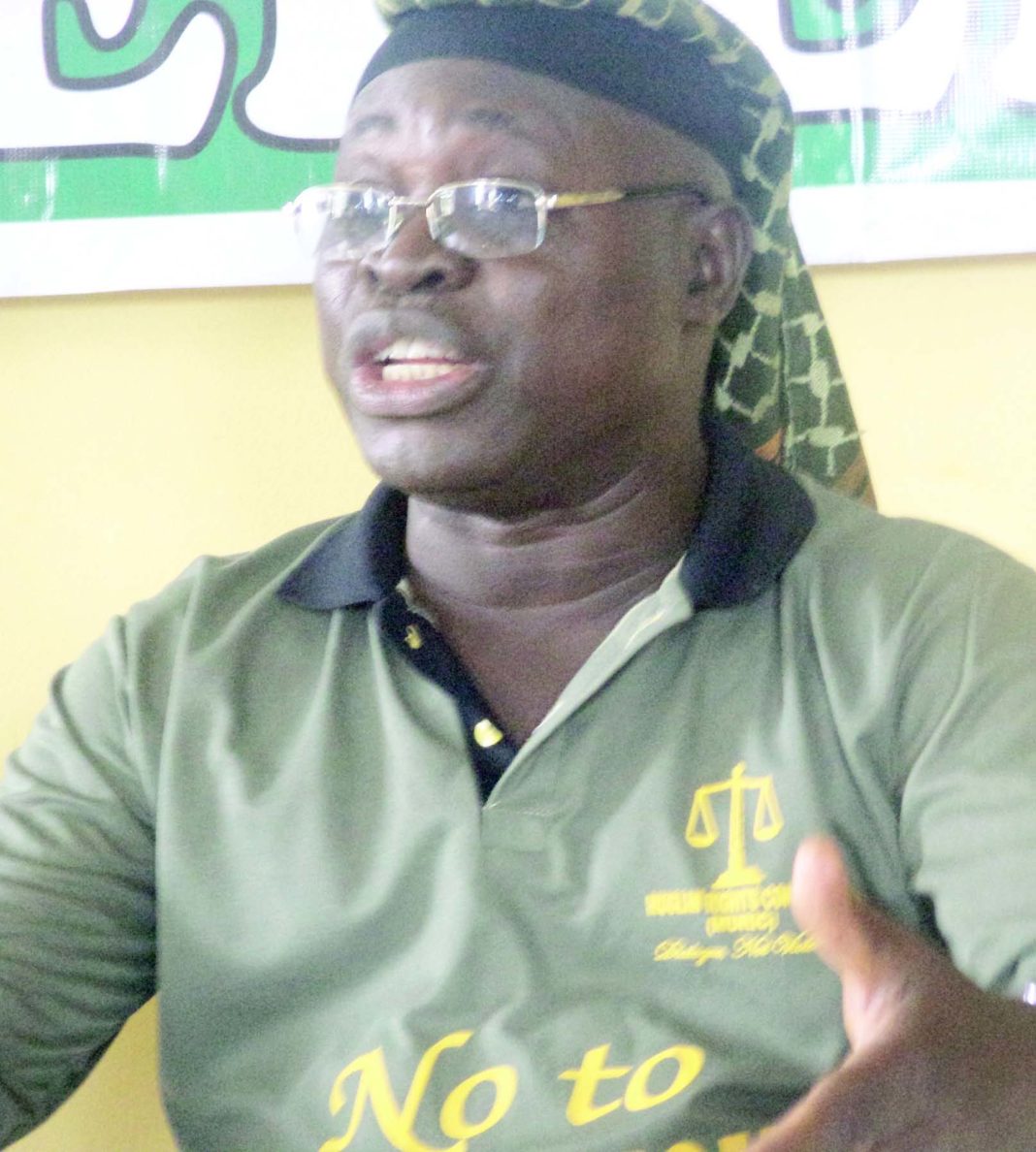 The Muslim Rights Concern (MURIC) has lambasted the National Christian Elders Forum (NCEF) under the chairmanship of Solomon Asemota.

NCEF had warned that with the spate of killings in Nigeria, there may be no Christians in the next 25 years.

The group also accused the Buhari administration of honoring Chief M. K. O. Abiola, Baba Gana Kingibe and Chief Gani Fawehinmi “ostensibly to swell the ranks of Muslims in the roll call of these awards.”

NCEF further alleged that, “EFCC is becoming the prosecuting arm of the Jama’atu Nasril Islam (JNI)”; that “the 1975 coup (and other preceding coups), were jihad, promoted for the Islamization of Nigeria for Sharia to replace democracy”; that “the current Federal Government in Nigeria is openly pursuing an anti-Christian agenda that has resulted in countless murders of Christians…” and that “The present generation of Christians in Nigeria may cease to exist in 25 years from now (2043), beginning from 2018” due to incessant killings.

But in a reaction on Monday signed by the director of the organization, Professor Ishaq Akintola, MURIC held that it could not resist laughing at these allegations.

“They are all baseless, unfounded and ridiculous. They exist only in the figment of NCEF’s imagination. These allegations are symptomatic of intellectual poverty and desertification of thinking faculty. NCEF is reliving Don Quixote. MURIC is laughing in Latin.”

“We are constrained to ask if we need to conduct an all-encompassing examination of medical fitness for religious leaders in Nigeria. How can anyone just jump to the conclusion that the present administration which merely yielded to persistent agitations over the June 12 saga was engaging in jihad because all the June 12 awardees are Muslims.

“NCEF has deliberately and most wickedly twisted a coincidence to whip up gymnastic religiousity. The group also goofed by saying that Abiola was not a Sunni Muslim. How much of Abiola’s Islam do they know? This claim amounts to desecration of the dead.”

“How could there be a connection between the Jama’atu Nasril Islam (JNI) and EFCC?” It querried. “Was it not Obasanjo who established the EFCC? The last time we checked, Obasanjo had not made up his mind to become a Muslim. NCEF’s imagination is running wild. Nigerians should not be surprised if by tomorrow NCEF claims that the Saudi king is plotting to become the next American president in order to Islamise the whole West.

“If Nigerian Muslims have never claimed that the January 15, 1966 coup was an attempt at Christianising the country, how can NCEF, in its rational moment (which of course is very rare), claim that the 1975 coup was a jihad?”

Akintola argued that facts on ground also rubbish NCEF’s allegation that the Buhari administration is pursuing an anti-Christian agenda. According to him, “Christians have more cabinet positions in this regime. Christians and Muslims have 18 ministers each but both the Secretary to the Government of the Federation as well as the Head of Service are Christians. This gives Christians 20 positions while Muslims remain 18. Yet Muslims have not started complaining. NCEF needs to check its mathematical expertise. 18 cannot be higher than 20. NCEF’s vituperations are portraying Nigerian Christians in bad light and that is to say the least.”

The Islamic group also contends that the large number of Muslim casualties in the ongoing killings has belied NCEF’s claim of the killing of Christians.

“It has been established beyond any reasonable doubt that more Muslims have fallen victims and the number of Internally Displaced Persons (IDPs) which has risen above 1.5 million Muslims has further cemented this position. Therefore, NCEF is merely crying wolf where none exists with its allegation that the present generation of Christians in Nigeria may cease to exist in 25 years from now.

“One of the most wicked claims of NCEF is that only Christians are being haunted and jailed by EFCC. Col. Sambo Dasuki has been in detention for almost three years. Did NCEF hear of any claim from JNI or from the Nigerian Supreme Council for Islamic Affairs (NSCIA) that a Muslim is being persecuted? What of the former governors of Niger and Jigawa states? Are they not Muslims and have they not fallen under EFCC axe?

“These allegations are as ridiculous as saying that Buhari is Islamising the Green Eagles and that was why he strategically placed Ahmed Musa in Iceland’s eighteen to score two goals for Nigeria in the ongoing World Cup in Russia. NCEF pontifications can also be likened to declaring that although his predecessor returned a meager N50 million in seven years, Professor Ishaq Oloyede as JAMB registrar returned a mind-boggling N7.8 billion naira to the Federal Government (FG) in order to Islamise the Joint Admissions and Matriculations Board (JAMB). Not to be left out of the Islamisation race, Hameed Ali fetched FG a record N1 trillion from Customs in 2017 alone.”

MURIC said it could not help wondering why NCEF must demonise performers. “Why must excellence be sacrificed on the altar of mediocrity? Who stopped Obasanjo from Christianising Nigeria by giving us light instead of darkness for our $26 billion? Why didn’t Jonathan Christianise this country by treating stealing as corruption?”

“Apart from deliberate mischief, perception appears to be NCEF’s major undoing, the Christian Association of Nigeria (CAN) therefore needs urgent re-engineering of the perception of its flock. In particular CAN should fumigate its immediate environment in order to rid it of this notorious NCEF Islamisation virus. CAN should also beware of dissidence in the body of Christ in Nigeria as we suspect open rebellion in NCEF’s statement. CAN is therefore advised to call NCEF to order.