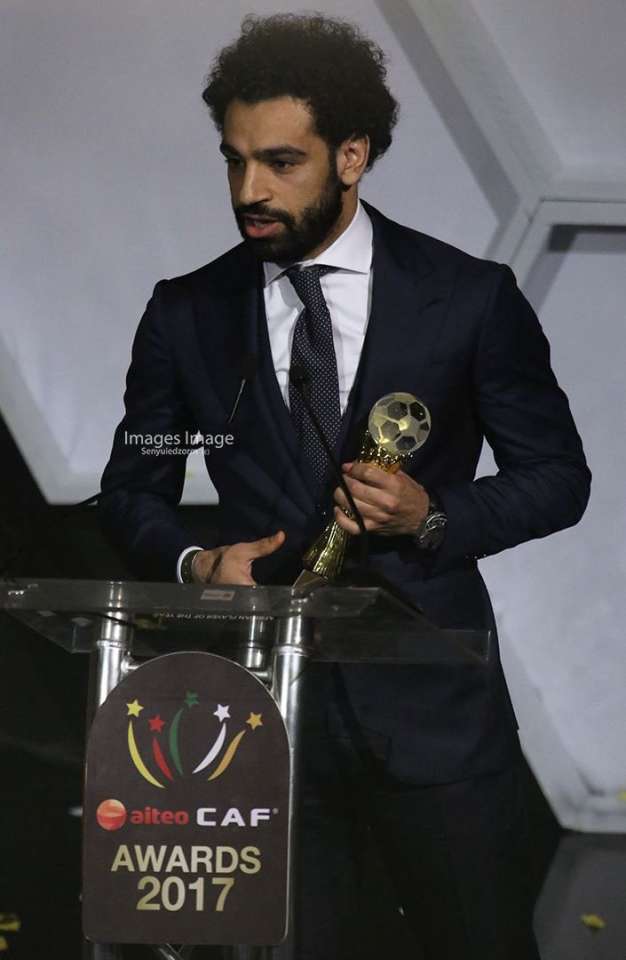 Salah was brilliant all year for Egypt, Roma and has continued to impress at Liverpool.

Egyptian star Mohamed Salah has rounded up his brilliant 2017 with the African Player of the Year award which he won at the CAF Awards on Thursday, January 4.

Salah was brilliant all year for Egypt, Roma and has continued to impress after joining Liverpool in the summer.

In the 2016/2017 season, he was Roma’s best player, scoring 15 league goals and leading them to an impressive second place with 87 points, their highest so far in history even more than 75 they got when they last won the Serie A title in 2001.

play 2017 was the year of Mohamed Salah (Twitter/Images_Image)

He also scored three goals in the 2017 Africa Cup of Nations (AFCON) helping Egypt to reach the final where they lost to champions Cameroon.

He was the hero for Egypt as they qualified for the 2018 FIFA World Cup, the first since 1990; Salah scored five goals in the qualifying series.

play Salah has been brilliant since joining Liverpool in the summer. He has 17 Premier League goals already (AFP/File)

After moving to Liverpool, Salah has continued with his insane form, scoring 23 goals already including 17 in the Premier League.

Mane took second place after a great year despite a series of injuries. His impressive season helped Liverpool to finish fourth place, beating Arsenal to the last Champions League slot.

He was also Senegal’s leading player as they qualified for the 2018 FIFA World Cup.

Third-place Aubameyang who won the award in 2015  lit up the Bundesliga in 2017 and finished the 2016/2017 season with 31 goals beating Robert Lewandowski to win the league’s Golden Boot.  He is the first African to top the Bundesliga’s scoring chart.

He finished his impressive season winning the German Cup with Dortmund who beat Bayern Munich on their way to the final.

Liverpool stars Salah and Mane were welcomed to the CAF Awards by a slew of Ghanaian Liverpool supporters.

Private plane for Salah and Mane

Both stars will jet out immediately to England aboard a private plane which was provided by Liverpool so they will be able to be part of the squad for the Merseyside derby on Friday, January 5.

Liverpool host Everton in the third round of the FA Cup on Friday and they have made a special arrangement for the Salah and Mane to fly immediately to England on Thursday night.

“We have everything organised; we have two of the three best African players in our squad. We have to show them respect,” Liverpool manager Jurgen Klopp said before the CAF Awards.

“If it had been a matchday, they wouldn’t have asked (to go). We sleep in a hotel the night before a game, they will sleep in a plane. That is all the difference.”

“For our side, it is just a sign of respect. I know it, I had (Pierre-Emerick) Aubameyang at Borussia Dortmund and there is nothing more important than to go there,” the Liverpool manager added.

Salah will be hoping to get his hands on a trophy at Liverpool this season. While the Premier League is now a long waiting coronation party for Manchester City, Liverpool have the chance in the Champions League and FA Cup.