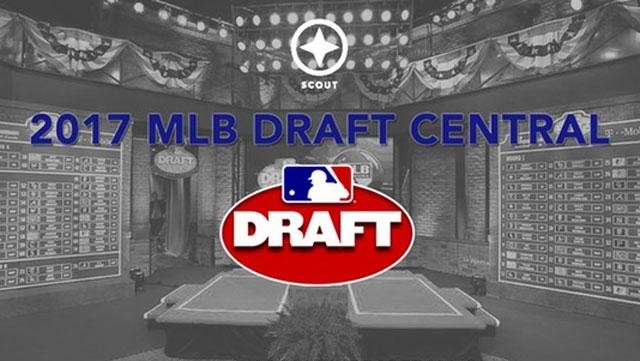 The Oakland A’s selected Kevin Merrell with the No. 33 overall pick in the 2017 MLB Draft. The 21-year-old is a shortstop from University of South Florida, though he may end up at another position like 2B or CF.

This is a somewhat surprising pick, given that Merrell was ranked well below his draft slot — the highest from a major source seems to be No. 51 at MLB Pipeline. The A’s also passed on Brent Rooker, a favorite target of Athletics Nation (he went two picks later).

Here’s a scouting report on Merrell from MLB Pipeline:

Every Draft, scouts bemoan the lack of college bats worth considering in the early rounds. That’s why when one comes out and outperforms expectations, they tend to move up boards. That’s certainly been true of Merrell, who has combined a greatly improved bat with top-of-the-scale speed to become a very intriguing prospect.

There is no question about Merrell’s speed. On his high school track team, he ran a 10.6-second, 100-yard dash and that speed translates well on the diamond. He’s a definite basestealing threat, one who knows his job is to get on base and wreak havoc. He played second base last year for USF, but moved to shortstop this year, where his speed helps him range-wise, but his other skills likely fall short. Most scouts see a move to center field in his future, where that speed would really be an asset. While he’s always hit for average, he’s hitting with more authority this year, showing some surprising extra-base pop.

They say you can’t teach speed and that is something Merrell definitely brings to the table. The development of his other offensive skills in his junior season has moved him firmly into top-three-round consideration.

Here’s another scouting report from John Sickels of Minor League Ball, where Merrell is referred to as “the fastest player in college baseball and perhaps in the entire draft.”

Hot take: Our swing expert, Jerry Brewer, had us all thinking about Rooker with this pick, so for many of us seeing any other name is disappointing simply because we don’t know as much about them. But at the least, this is an intriguing selection.

Merrell has a profile based around extreme strengths (like speed) and weaknesses (like power). In a draft class that is considered weak in college hitters, perhaps there is something to be said for the imperfect player who at least has one elite tool.

If you were hoping the A’s would restock their outfield reserves in this draft, then it’s possible they did that here as well, given the talk of Merrell potentially moving to CF. A hitter with contact and on-base skills is something the system could use too.