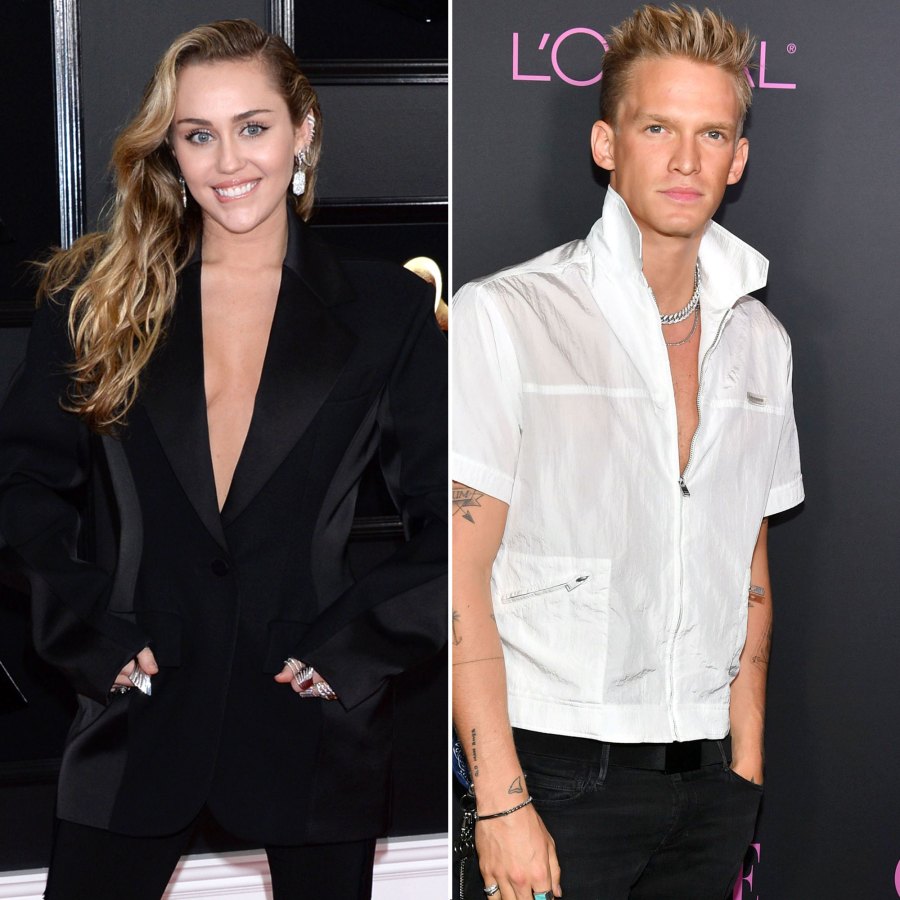 After Simpson noted the kiss was actually “four or five” years ago, Cyrus admitted she wasn’t sure.

“I can’t remember, probably some dirty ass nightclub,” the “Slide Away” songstress said.

“It wasn’t at 1 Oak, you dummy!” Cyrus fired back. The twosome concluded that the intimate moment likely went down at Cyrus’ house.

Miley Cyrus Through the Years:

“I’d like to remember, I don’t remember,” Simpson. “You were a cougar though. Still are.”

The former Disney star and the Australian singer reconnected earlier this month amid her divorce from Liam Hemsworth. Cyrus and the Hunger Games star, 29, called it quits in August after less than eight months of marriage. The former couple, who wed in December 2018, dated on and off for nearly a decade after meeting on the set of The Last Song.

Simpson hinted that his relationship with Cyrus was years in the making during an interview with Us earlier this month.

“It hasn’t been a really crazy sudden … thing is we’ve been friends for so long that when we sort of found each other again in a space where … We both met back in the day when we were partying a lot. We had a lot of fun then … but now we’ve found each other in a space where we’re not partying, working real hard and just like [to] keep things healthy,” Simpson told Us and other reporters on October 11. “That had never happened to me before. Any girlfriend that I’ve had in the past has always been immediate romance, and so it’s kind of like a different experience having been friends with somebody before and developing that into something more. It’s just like a very natural, healthy feeling.”

Earlier in the Instagram Live, Cyrus revealed she is four months sober. She sang an unreleased song about her romance with Simpson, who is also sober, during the stream.

“It’s about the importance of my sobriety and anybody that I’m with respecting that and it’s just a priority for me,” she said before she started singing.

“Think about before filling up the cup / Seems like nowadays everybody’s breaking,” Cyrus sings. “But I wanna last, I wanna last / Baby just keep me from my past.”

Before the livestream ended, Cyrus threw shade at Hemsworth, telling Simpson, “There are good people out there that just happen to have d–ks. I’ve only ever met one, and he’s on this live.”