Lagos: Ambode hands over to Sanwo-Olu 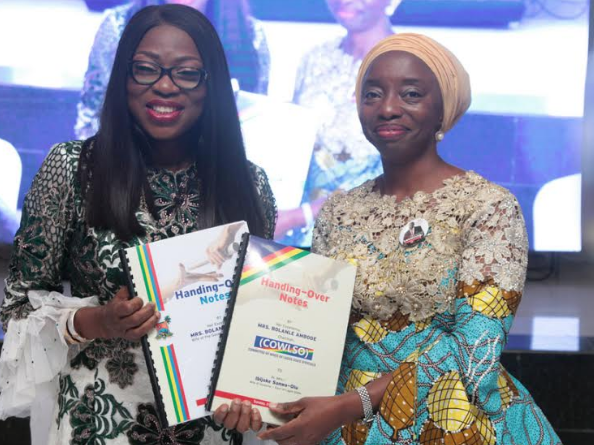 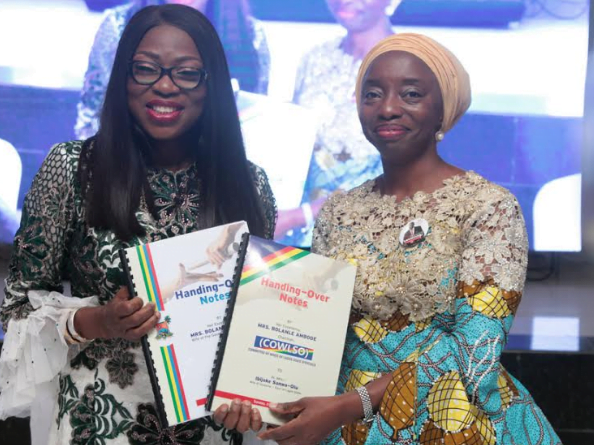 Ambode at the ceremony in Ikeja on Sunday urged Sanwo-Olu to take the committee to greater height.

She lauded the vision of the founding mothers of the committee, which was to complement the efforts of the government in critical areas that were women and children friendly.

Ambode remarked that the committee, under successive leaderships had continued to pursue a lofty vision.

According to her, this has led to remarkable improvements in the lives of women, girls and children in vital areas of health, empowerment and education.

She thanked members of the committee for their support over the past four years, lauding her predecessors for their advice and words of wisdom.

Ambode wished Sanwo-Olu the best and implored members of COWLSO and women in the state, to extend same measure of love, support and cooperation to Sanwo-Olu.

“My dear sister, the incoming first lady of our great state as you settle down to this office, I wish you all the best.

“Very importantly, learn to enjoy the journey you are about to embark upon.

Sanwo-Olu commended Ambode for taking COWLSO to an enviable height, promising that she would not deviate from the ideals of the committee.

“I thank my big sister, Mrs Bolanle Ambode for the great steps she has taken to move the committee to its current level.

“I thank her for the words of encouragement that I should not be scared about the challenges of that office.

“I will do my best, God helping me, to move COWLSO to the next level,” she said.

Highlight of the event was the presentation of charity grants to 29 orphanages and the less privileged.