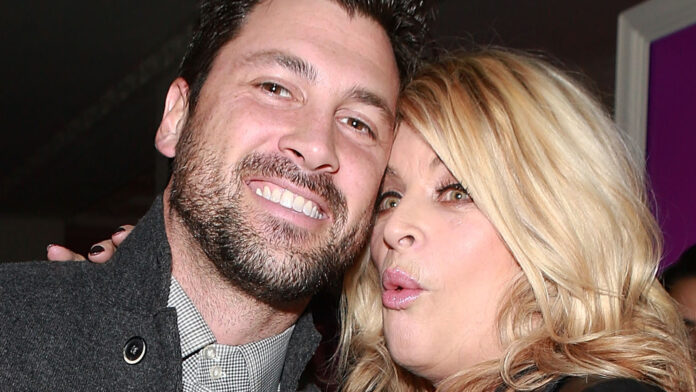 Kirstie Alley and Maksim Chmerkovskiy forged a beautiful friendship as partners on Season 12 of “Dancing with the Stars,” but a few years down the line, Chmerkovskiy revealed that Alley had turned her back on him.

“She stopped getting along with me,” he revealed on Bravo’s “Watch What Happens Life”. Chmerkovskiy said he thought the two were getting along swimmingly until she cut ties with him out of the blue. “I got a message that now that I’m associating with other people that she can’t be associated with,” he explained, adding, “I am no longer to be spoken with, and sorry, but that is what it is.” At the time, Chmerkovskiy was forming a friendship with Leah Remini, whom Alley couldn’t stand following her departure from the Church of Scientology. Still, Chmerkovskiy never spoke ill of his ex-friend. “I think the world of her.” he continued. “It’s sad that we’ve gone through so much together, and I feel like I’ve helped her and this is where we’re at now, but I still think the world of her and I wish her the best.

While the two were still friends, Alley told People she held Chmerkovskiy close to her heart, dedicating a chapter of her memoir, “The Art of Men (I Prefer Mine al Dente),” to the professional dancer. “Every chapter is named after an art. He’s the only one that’s the art of a name,” she dished to the outlet. “The Art of Maks, because he’s a special category. He is a special guy.”