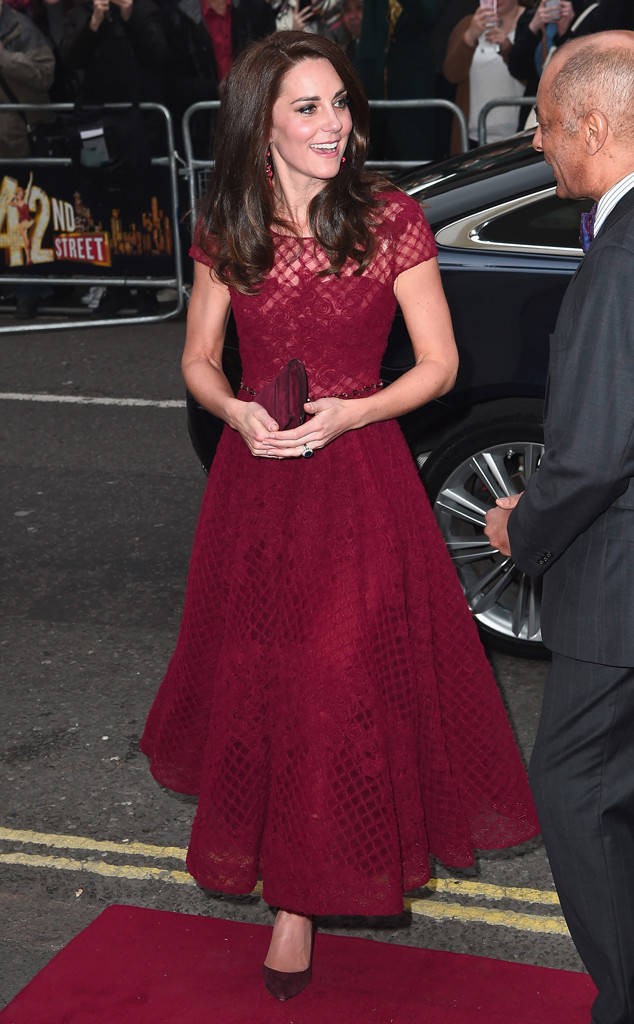 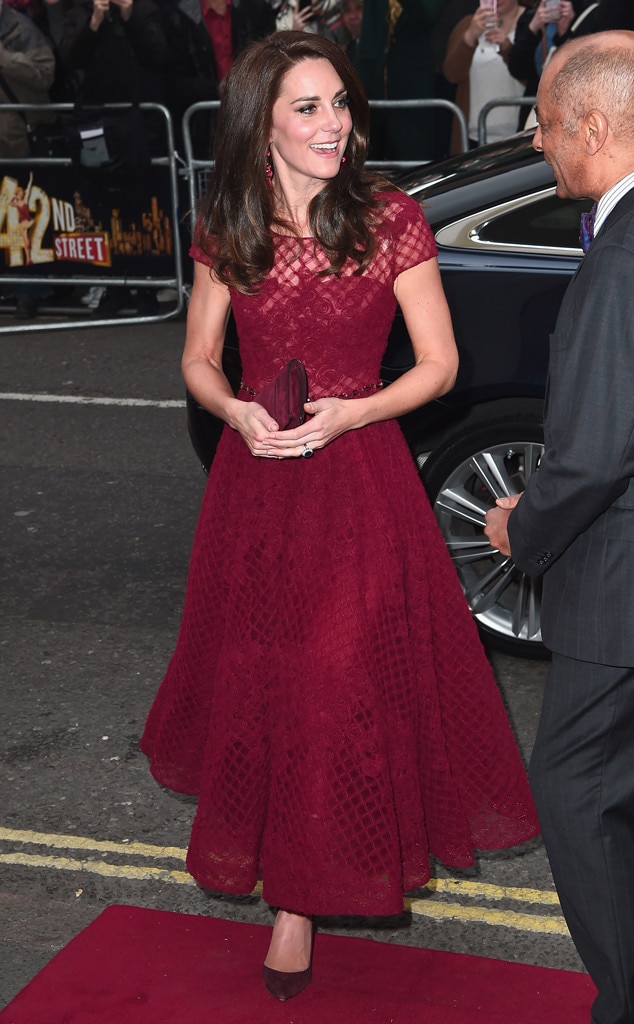 Kate Middleton stepped outside of her comfort zone Tuesday night.

The Duchess of Cambridge attended the opening night of 42nd Street at the Theatre Royal in London, wearing Marchesa Notte’s Honeycomb Cap Sleeve A-Line Dress.” The red design—a new silhouette for the global fashion icon—retails for $1,195 at Saks Fifth Avenue in the U.S. The dress, from the Resort 2017 line, features an illusion neckline and concealed back zipper.

The opening night serves as a fundraising event for the East Anglia Children’s Hospice (EACH); the charity hopes to raise $520,000 toward its $14 million “Nook Appeal” for a new hospice in Norfolk. Middleton, a patron of the charitable organization since 2012, met with a group of guests before the show began. One of the young boys Middleton bonded with was 12-year-old Ollie Duell, who lives with a complex medical condition that affects his bowel and stomach. 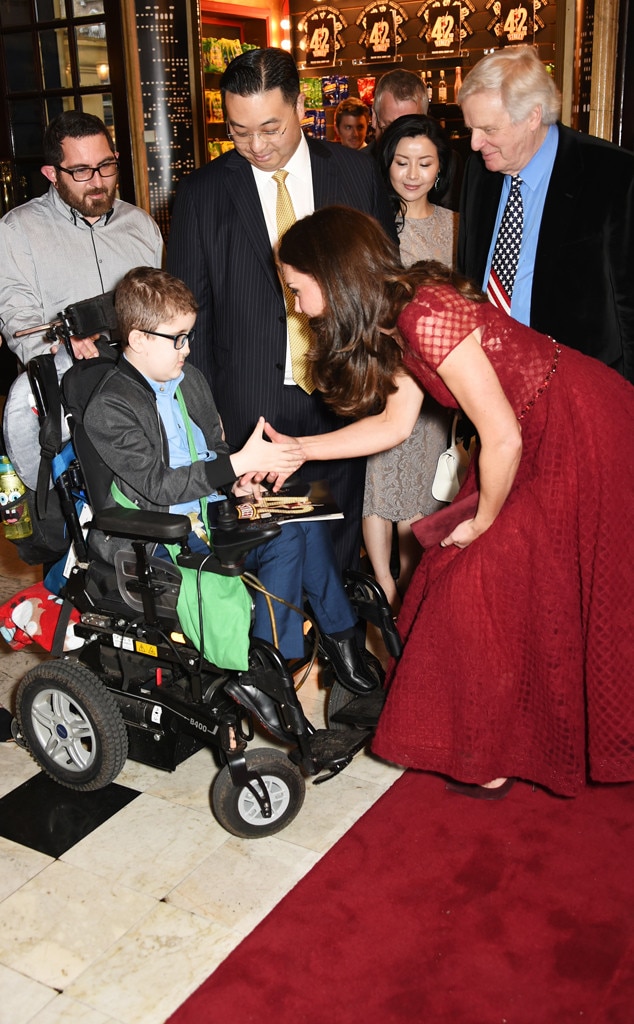 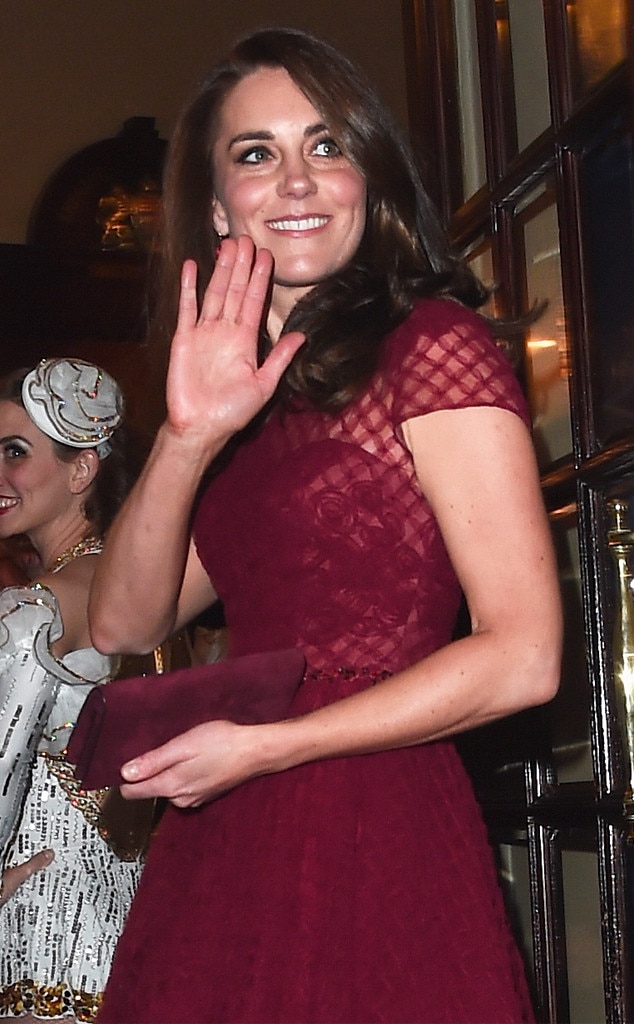 Before the show, his mother Claire Duell spoke about how much the organization means to her family of four. “EACH enables us to be a family, providing care and support for us as a whole. Having a safe place for Ollie to be cared for is the most valuable gift we could ever have been given. Ollie loves spending time at the hospice and the minute he gets there he is kicking off his shoes, getting a duvet and snuggling down on the sofa, with everyone running around seeing to his every need,” she said. “EACH makes a really hard time just that little easier to deal with.”

The West End production of the Broadway smash 42nd Street stars Grammy winner Sheena Easton as Dorothy Brock. Mark Bramble returned to direct the show, which he wrote. “When you do a revival, you need to shake it up, make it fresh,” he said in November. “I once saw a New York revival of the musical Mame, starring the original cast. It was so dreary and dull. I realized there is a lesson in this: You must never simply do again what you have done before.”

After Tuesday’s performance, Middleton will join the cast onstage for a group picture. Other famous faces who attended the musical included actors Morgan Freeman and Sue Johnston.