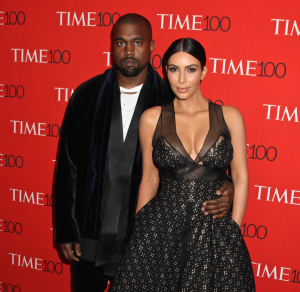 Focusing on his health. Kanye West visited a hospital near his ranch in Cody, Wyoming, on Saturday, July 25, after publicly apologizing to his wife, Kim Kardashian.

“Kanye has been experiencing a lot of anxiety lately,” a source exclusively tells Us Weekly. “He has been surrounded by a lot of people and started to feel really overwhelmed.”

The insider added, “Kanye decided to go to the hospital to get checked out. Upon his arrival, Kanye decided he’d rather be seen at home. He headed back to his home — an ambulance followed. Kanye was treated and his doctor says his vitals are normal. He’s feeling much better.”

Earlier that day, the “Wash Us in the Blood” rapper, 43, apologized to Kardashian, 39, for his public outbursts over the past week, which began with him admitting on July 19 during his presidential campaign rally in South Carolina that the pair had considered terminating her first pregnancy. The couple — who tied the knot in 2014 — share four children, North, 7, Saint, 4, Chicago, 2, and Psalm, 14 months.

“I would like to apologize to my wife Kim for going public with something that was a private matter,” he tweeted. “I did not cover her like she has covered me. To Kim I want to say I know I hurt you. Please forgive me. Thank you for always being there for me.”

One day after his campaign rally, West went on a Twitter spree and accused the KKW Beauty founder of cheating on him and trying to “lock him up.”

“Kim was trying to fly to Wyoming with a doctor to lock me up like on the movie Get Out because I cried about saving my daughter’s life yesterday,” the “Jesus Walks” rapper wrote in a since-deleted tweet.

He added, “They tried to fly in with 2 doctors to 51/50 me. I been trying to get divorced since Kim met with Meek [Mill] at the Warldolf [sic] for ‘prison reform.’”

A source told Us that West — who was diagnosed with bipolar disorder in 2016 — was evaluated on Monday, July 20, by a doctor “who determined that he did not need immediate hospitalization.”

The Grammy winner received plenty of support from his friends including Dave Chappelle, Justin Bieber and Damon Dash, who all visited West at his ranch. Elon Musk also told The New York Times on Saturday that he had reached out to the Chicago native in the wake of his Twitter “rampage.”

Kardashian addressed her husband’s behavior in a statement via Instagram on Wednesday, July 22.

“Those that understand mental illness or even compulsive behavior know that the family is powerless unless the member is a minor,” she wrote. “People who are unaware or far removed from this experience can be judgemental and not understand that the individual themselves have to engage in the process of getting help no matter how hard family and friends try.”

An insider told Us on Monday that the Keeping Up With the Kardashians star is “deeply upset with Kanye for talking about their personal life and for making matters that are very personal to them and their family public.”