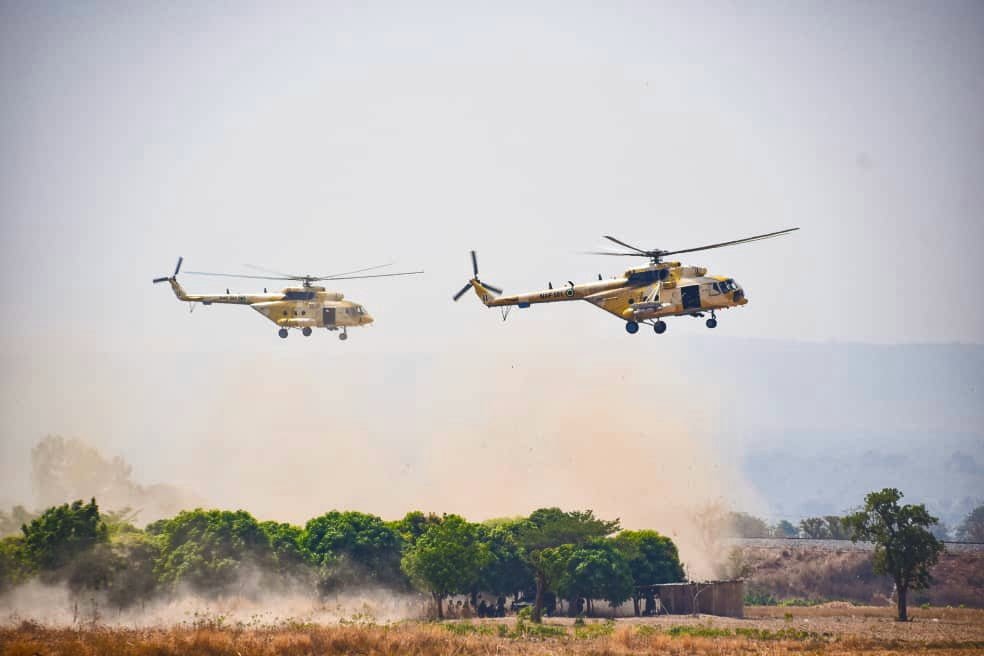 The Kaduna State Government has debunked reports of aerial attack by terrorists.

It, however, confirmed that 32 persons were killed by terrorists in Kajuru Local Government Area of the State.

The government said NAF helicopter arrived to engage the bandits who had earlier attacked and killed the 32 persons.

In a statement by the Commissioner for Internal Security and Home Affairs, Mr. Samuel Aruwan, he said that the Kaduna State Government received initial reports from security agencies that bandits attacked the villages of Dogon Noma, Ungwan Sarki, and Ungwan Maikori in Kajuru Local Government Area on Sunday.

According to the reports, the bandits stormed the area in large numbers on motorcycles, proceeded to raze several houses, and attacked and killed locals.

He said since the attack on Sunday, security agencies and traditional leaders in the locations had been updating the government on the development.

He mentioned the 32 persons killed by bandits and the names of their villages as Dogon Noman village:

According to him, as Government mourned the gruesome killing and burning of houses in the attacked locations, a report was published suggesting that the victims of the attack were killed by terrorists using a helicopter.

He, however, debunked the report, saying that based on the reports received since on Sunday, bandits attacked the first two locations and killed 31 citizens, and then headed into Ungwan Maikori, where they killed one person and burnt some houses.

He said an Air Force helicopter (under Operation Whirl Punch) dispatched to the area, had earlier scanned the first two locations and sighted burnt houses and properties on fire.

He added that the helicopter intercepted the bandits at the last location (Ungwan Maikori) and engaged them.

He said it was the arrival of the air asset that deterred the bandits from further attacks on the citizens in the village after the bandits had already killed one local and burnt several houses.

He said several kidnapped victims, including an expatriate abducted at a mining site, were rescued after a fierce engagement with the bandits

According to him, Governor Nasir El-Rufai, on receiving reports of the attack, expressed deep sadness and prayed for the repose of the victims’ souls.