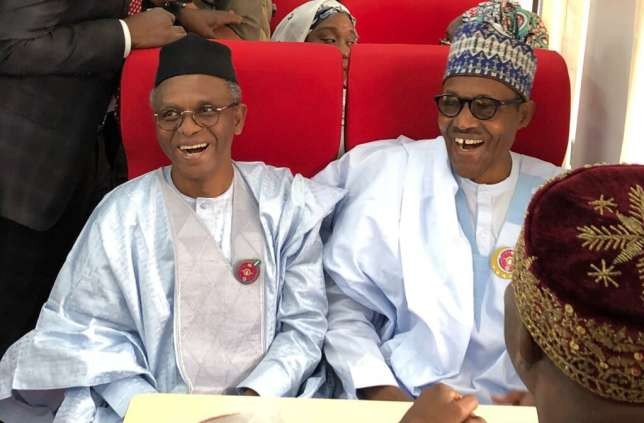 Kaduna State Governor, Nasir El-Rufai, has ripped into Senator Ben Murray-Bruce over the rail line that traverses Abuja and Kaduna.

Pictures would soon emerge of President Buhari and Governor El-Rufai sharing a laugh and then some, as they embarked on the train ride on the new coaches; while basking in the Kaduna sunshine.

Those pictures may have infuriated Senator Bruce who sent out a tweet that read; “I hope President Muhammadu Buhari remembers to say thank you to former President Goodluck Jonathan for the train ride he enjoyed in Kaduna.

“Some of us haven’t forgotten that that achievement was ENTIRELY the handiwork of the Jonathan government. Nigeria should give honour to whom honour is due”.

“Wrong, distinguished senator! The Obasanjo administration which Jonathan was not part of, designed, raised the financing and started the EPC of the Lagos-Kano dual track-standard gauge rail system, and the Abuja Light Rail. Yar’Adua-Jonathan stalled both projects for two years!”, El-Rufai wrote in his own tweet.

El-Rufai belongs in the governing APC while Murray-Bruce swears by the opposition PDP.

The APC has outlined rail infrastructure across the country as one of its cardinal objectives.

The newly commissioned coaches have been touted as part of efforts to improve the Kaduna-Abuja train service and ease transportation across the country.

At least 3 dead as train derails over state highway