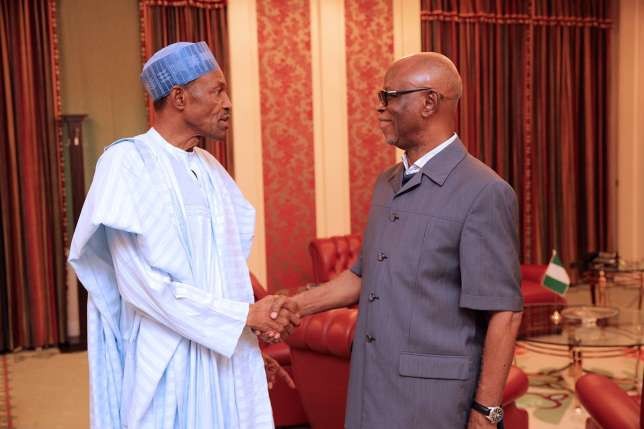 He admitted that the year 2017 was a challenging one for many Nigerians but expressed optimism that the new year would be better.

National Chairman of the All Progressives Comgress (APC), Chief John Odigie-Oyegun has said that the President Muhammadu Buhari administration is making efforts to fulfil its 2015 promises.

He admitted that the year 2017 was a challenging one for many Nigerians but expressed optimism that the new year would be better.

Oyegun stated in Abuja in his New Year message.

He said, “Indeed, the collective task before us is converting our country’s potential – derived from size, demography, human and natural resources –to greatness.

“While the task may seem onerous, it is achievable. With the right ethics, morality, attitudes and priorities, we will get out of our current societal morass that has found expression in our economic challenges, bad politics, ethno-religious divisions and other negative aspects of our national life, sooner than sceptics believe is possible.”

The APC chairman said the party was aware of the hardships faced by Nigerians.

He said, “We are acutely aware of our current national challenges, particularly the economy.

“However, we assure Nigerians that the administration is not asleep, but working assiduously to address these challenges and meet the expectations of Nigerians.

“We remain focused and solidly committed to delivering on our party’s 2015 election promises which were largely hinged on curbing corruption, restoring the economy and the security of the nation.”

On corruption, Oyegun said; “Corruption has, for long, enabled its perpetrators to divert resources for delivering development to the citizenry and as a result bred discontent, which religious bigots and ethnic jingoists take advantage of to create insecurity and other societal malaise.

“Therefore, the solution is the enthronement and entrenchment of quality and accountable leadership in governance.”