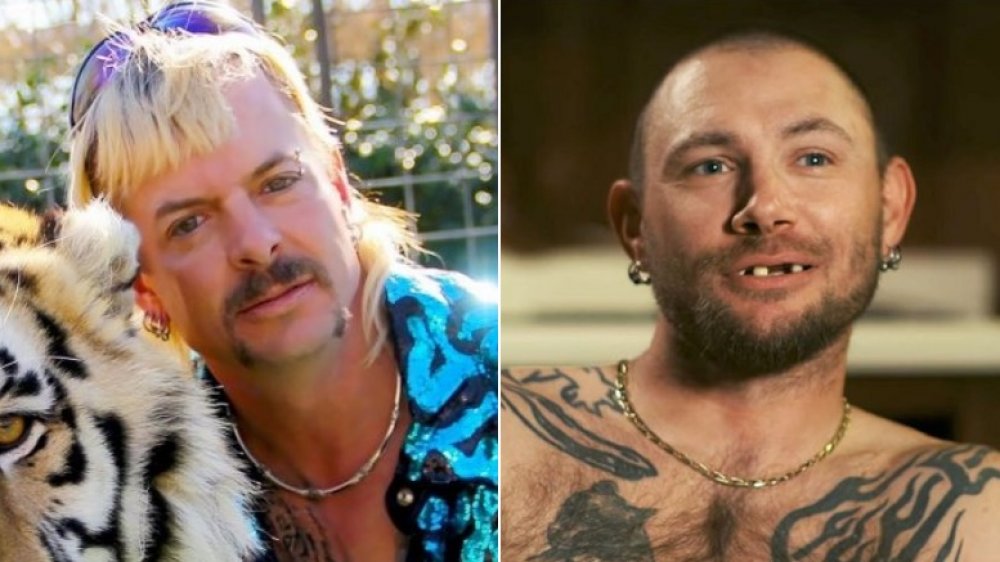 ex-husband: After leaving both Joe Exotic (birth name Joseph Schreibvogel) and his job behind at the big cat park, John Finlay got a new gig as a welder and has settled down with his fiancée Stormey, who was apparently the woman seen with Finlay when he had his tattoo (which was a tribute to his now ex-husband) removed at the end of the docu-series, according to TMZ. Along with a new job and a new (future) spouse, Finlay also has a new set of teeth.

Viewers will surely remember that along with being shirtless during his interview, which, according to TMZ, was apparently the producers’ idea, Finlay also had unenviable teeth (frankly, most were missing). While many assumed that his dental situation was due to drug use — since meth was being used by employees of the park, including Finlay, as he has admitted — he claims that he lost his teeth due to a genetic condition and has been clean for six years.

Whatever the cause of Finlay’s missing chompers, he has since had them replaced, which is a detail he shared on Facebook along with a photo of himself smiling with his new teeth. While that fact didn’t make it into the final cut of what was seen on Netflix, perhaps we’ll still get a chance to see them in all their glory if we end up getting a second season of Tiger King.