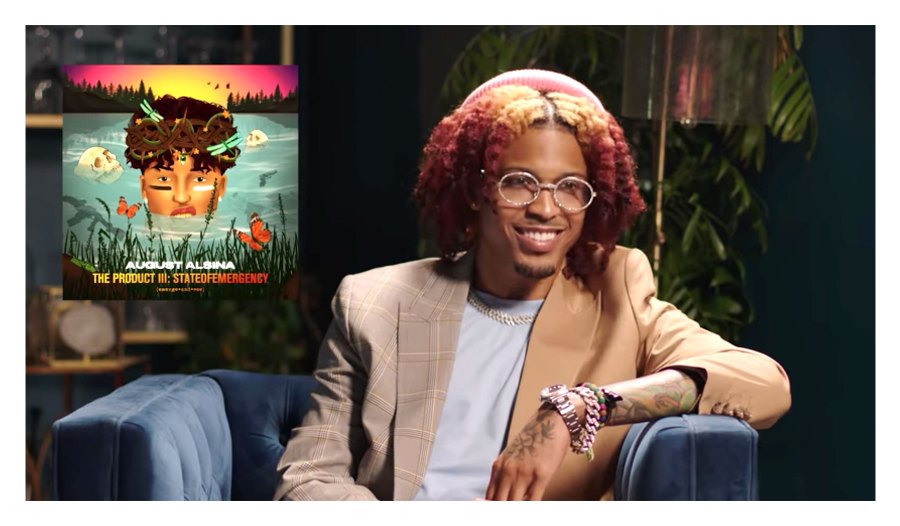 Say what? Jada Pinkett Smith’s rep shot down August Alsina’s claim that the actress had a years-long affair with the singer — with her husband Will Smith’s blessing.

The “No Love” crooner, 27, dropped the bombshell allegation during a wide-ranging interview with The Breakfast Club cohost Angela Yee published on his YouTube channel earlier on Tuesday.

“I actually sat down with Will and had a conversation due to the transformation from their marriage to life partnership that they’ve spoken on several times,” he claimed. “He gave me his blessing.”

Alsina explained that the Girls Trip star’s son, Jaden Smith, introduced them in 2015. The following year, he joined the Smith family on vacation in Hawaii. Alsina and Pinkett Smith, 48, also attended the 2017 BET Awards together.

“I totally gave myself to that relationship for years of my life, and I truly and really, really deeply love and have a ton of love for her,” he told Yee, 44, in Tuesday’s interview. “I devoted myself to it, I gave my full self to it — so much so to the point that I can die right now and be OK with knowing that I truly gave myself to somebody.”

He continued, “I really loved a person. I experienced that and I know what that feels like — and some people never get that in this lifetime. So, I know that I am completely blessed. And this conversation is difficult because … it would be hard for people to understand, but once it starts to affect me and my livelihood, I have to speak up about my truth.”

When the radio host asked the New Orleans native whether it was “disappointing that [Pinkett Smith] never addressed” their alleged relationship, he responded, “I really can’t even get into the thought of that because I am only responsible for myself, right? I am only responsible for, you know, what I do. When I am repressing and suppressing things and it starts to affect me, I have to address it. I just always stay solid because I never want to be the person to cause confusion.”

Alsina went on to say that he “really, genuinely” loves the Smith family and has “literally never been in love” in the way that he was with the Red Table Talk host.

Pinkett Smith married the Fresh Prince of Bel-Air alum, now 51, in 1997. They share Jaden, 21, and daughter Willow Smith, 19. Will is also the father of son Trey Smith, 27, with his ex-wife, Sheree Zampino.

Us Weekly has reached out to Pinkett Smith and Smith’s reps for comment.