The real reason the Jersey Shore stars are feuding 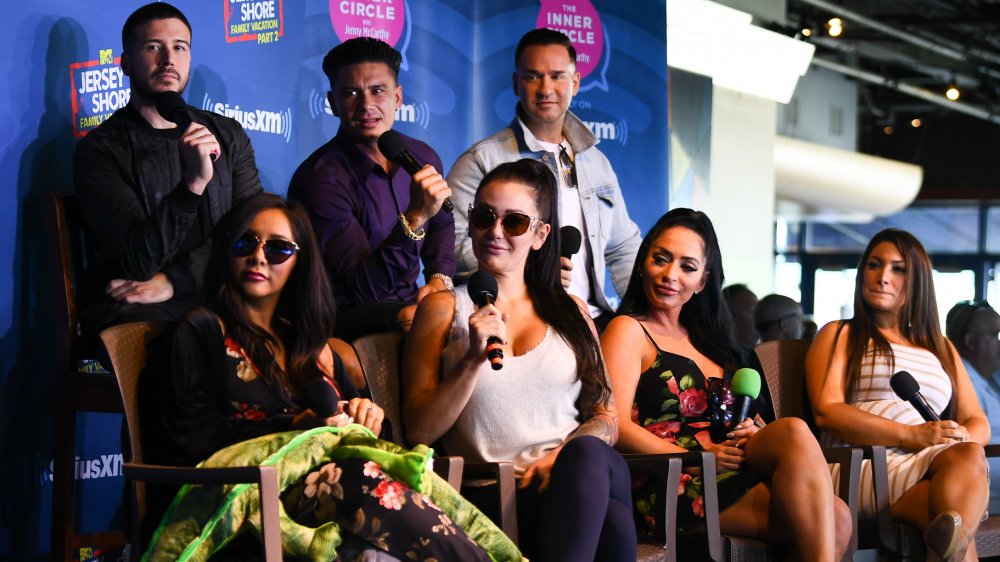 The real reason the Jersey Shore stars are feuding, The ongoing feud between Nicole “Snooki” Polizzi, Angelina Pivarnick, Jenni “JWoww” Farley, and Deena Cortese was resurrected after the Jersey Shore castmates took to Twitter to share their thoughts on the season three Jersey Shore Family Vacation finale after it aired. According to Angelina, the reason she took umbrage with the remarks made at her wedding had less to do with her and more to do with her now-husband, Chris Larangeira, who she described as “distraught” by the speech the ladies made.

“It wasn’t about me. I can take a joke,” she emphasized in one of her many posts. “It is the fact that I looked at my husband and felt his pain. And all of my guests were upset and booing.” Angelina went on to threaten to post screenshots of texts purportedly about her sent in a Jersey Shore cast group chat, which she stated other participants in the text chain did not know she was accidentally included in.

“I wasn’t going to say anything but do you really want me to show the world the group chat that you guys didn’t know I was in talking s**t about me the night of my wedding?” she wrote. “And you wonder why I couldn’t let things go.”

In true form, Snooki decided to call her bluff, escalating the squabble in real-time for their followers.