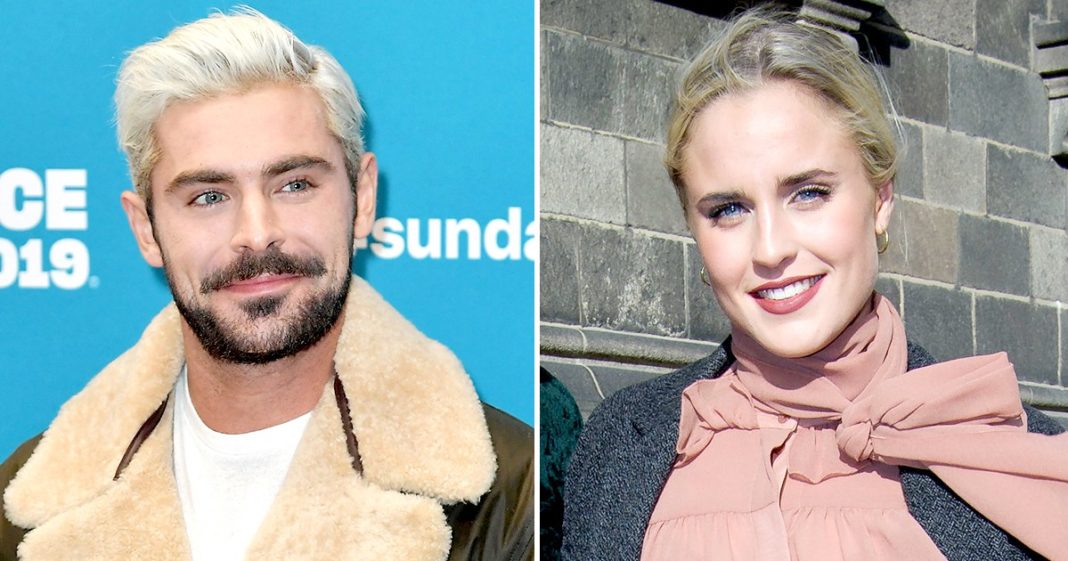 Off the market! Zac Efron is dating Olympian Sarah Bro, a source exclusively reveals to Us Weekly.

The High School Musical alum, 31, and the swimmer, 23, sparked romance rumors after being seen together multiple times in recent months. They were first spotted together at a fitness class in Los Angeles in January and they continued to fuel speculation after sitting beside each other during the UFC 235 fight at T-Mobile Arena in Las Vegas on Saturday, March 2.

An eyewitness revealed to E! News that the lovebirds, who reportedly left the MMA match together, “looked like they were having a great time,” during the event, but they were “not overly publicly affectionate.”

Just two days earlier, the Greatest Showman actor and the athlete watched the Los Angeles Kings face off against the Dallas Stars at the Staples Center in L.A. However, it’s unclear if they attended the game together.

Bro, who follows the Extremely Wicked, Shockingly Evil and Vile actor on Instagram although he doesn’t follow her back, also kept fans on their toes on Tuesday, March 5, after she posted a photo of flowers on her Instagram Story alongside two heart emojis.

Efron was previously linked to his Baywatch costar Alexandra Daddario in 2018. He also dated Michelle Rodriguez from June to August 2014 and Vanessa Hudgens from 2007 to 2010.

The Lucky One actor revealed his love life philosophy during a July 2016 interview with The U.K. Times and explained, “Dating is something I’ll never be able to do. As in the dictionary definition of dating, because one way or another, I’ve impacted that person’s life and they’ll soon realize it.”

He added: “A date has to be very long to dispel whatever people think about me. Amazingly, when I signed up for Tinder, nobody swiped me! They thought it was fake. … That never happened.”