In Silverspring, Maryland, Umuahians Meet, To Restore, “The Eton Of The East.” 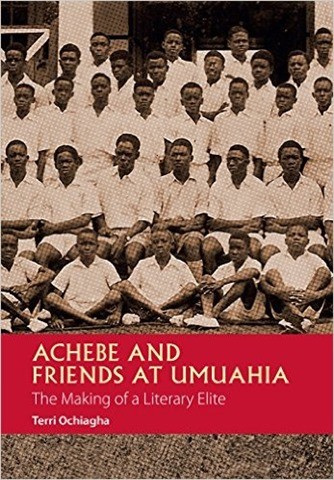 This year’s convention of the Government College, Umuahia Oldboys Association in the United States, GCUOBA-USA was hosted last week by the Washington DC/Maryland chapter of the association, and it went off swimmingly. The last time the DC chapter had hosted, the elements had thrown spanners in the works. It was hurricane season, and the pathway of the hurricane was unalterable, although its sheer force that year was unexpected. That convention was forced from the leaky heavens down into hurricane shelters and basements, and nothing went as planned. This was certainly on the minds of many Umuahians as they began to arrive at the downtown, Silverspring, Maryland Doubletree Hotel, venue of this year’s convention. Some early birds had arrived even by Wednesday, waiting. I and my friend and classmate, Vincent Onyirimba, had decided literally to “leg it” by driving to DC.

So, we pulled a “nighter” from Florida, leaving Orlando at exactly midnight on Thursday, having run all our daily errands, and placated all the gods and goddesses necessary, including the domestic ones, and driving through the hushed calm of the night, and arriving Maryland, sometime around noon, or slightly later, on Friday. It was all jolly-well-met again, on arriving the lobby of the hotel to the fraternal warmth of the Umuahians – Iheanacho Ofo, Civil Engineer and novelist, from Los Angeles, and Don Ndubuka, Director of Operations, Setana Energy, from Lagos, and also Mr. Damian Nzenwa, President and Principal Partner of Danz Surveys, Lagos, who also is the National President of the GCUOBA in Nigeria.

As the lobby of the Doubletree began to fill with the new arrivals, it soon became clear that we were in for a busy weekend, more so, that Umuahians were not the only ones meeting that weekend in that hotel! We soon found out that the “old girls,” of the Federal Government Girls College, (FGGC) Bauchi were also meeting in the same hotel, and had even arranged their own gala at the same convention center in Silver springs that weekend. We knew this by the wave of voices, and the body-bumping at the reception desk. But Umuahians are used more to the girls from the Queens schools at Enugu and Lagos, and to the “holy girls” of the Holy Rosary School in Umuahia, and such other places, and so we kept well away from the FGGC Bauchi “girls.”

But it was indeed gratifying to know that the example of Umuahia – the efforts by its old students to make a difference, to give back, and retrieve such places as our old school from the cobwebs – is bearing fruits, and is now being increasingly emulated and replicated by the alums of other schools who have found value in such acts of fierce nobility of the spirit. And so, I salute the “old girls” of the Federal Government Girls College, (FGGC) Bauchi resident in the US, who came to Silverspring, this past weekend too, and wish their enterprise well. But we are talking about Umuahians: when they come together, even the old “swots” among us “get down on it.” The elements were kinder this time. Friday night was clear. After a few inevitable hiccups, the host branch, the DC/Washington branch, welcomed us all with a reception dinner, and as usual, it was the place to renew acquaintances.

There was the attorney Reginald Momah and his wife, Ngozi Momah, Vice President and Senior Counsel at the Hartford Fire Insurance, as well as Dr. Kingsley Moghalu, former Deputy Governor of the Central Bank of Nigeria, and currently Professor at the Fletcher School of international affairs at Tufts University, Boston, and his wife, Maryanne, an attorney and Director at Sogato Strategies. Vin Onyirimba and I of course, came from Florida, while the host chapter had the likes of the immediate past president of GCUOBA-USA, Dr. Godswill Okoji and his wife, Naya, Dr. Ogbuawa, Udobi and Ngozi Ikeji, Attorney Ginika Okedi, the Architect and Pastor Frank Ohabor and his wife, Udo Nwachukwu, CPA, and his wife, Dr. Chuma Mbonu of the US Department of Justice and his wife, Dr. Ajeh Mbonu of the Georgetown University Hospital; the Attorney Enechi Onyia II of Virginia, Gabe Onyeador, Project Manager the District of Columbia Department of Transportation and his wife, Alor Ifeagwu, former Diplomat and Senior Foreign service officer in Nigeria’s Foreign Service, and his wife, Geoben and Julia Oleru, Law Okehie, Chuma Mmeje, Emeka Iheanachor, Charles Ogbuehi, Innocent Egedeigwe, and their various spouses who laid out typical Umuahian hospitality. From Nigeria came the Surveyor Dan Nzenwa, national President, GCUOBA, Don Ndubuka, the Attorney, Tim Obijuru, Legal consultant at Hanion Law, Abuja, Lucius Nwosu, a Senior Advocate of Nigeria, SAN, who was also the keynote speaker for the evening’s gala reception, and Pius Okigbo II, Chairman of Bouygues Nigeria and President of Infosoft Technologies, Lagos. Business on Saturday was serious, and the partying that followed later that evening was equally serious.

Okey Eneli was elected the new president of GCUOBA-USA. Son of the archivist, public administrator, and pioneer Federal Permanent Secretary of the Federation of Nigeria, Tim Eneli, Okey Eneli is a chip off the old block. He is expected to bring to bear his methodical approach to things, as he steers his new executive committee towards these years of transitioning the school through a new life under the Fisher Trust.