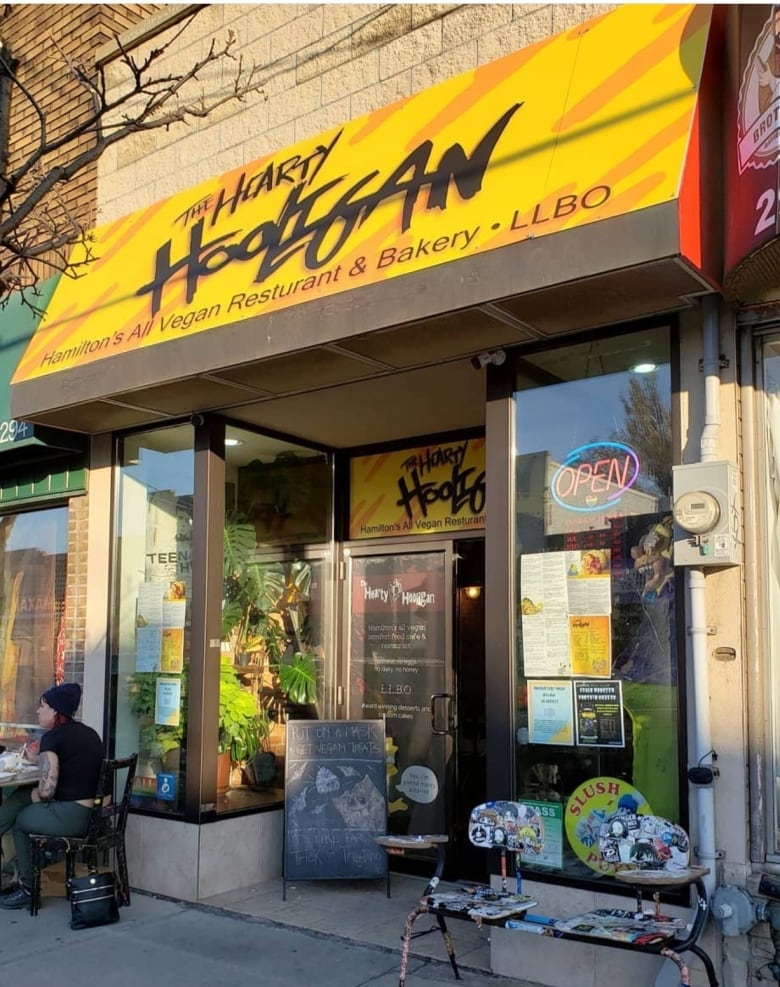 This story features an audience member, like you, who got in touch with us. Send us your questions. We are listening: ask@cbc.ca.

Service industry workers in Canada say they’re bearing the brunt of anger, frustration and general confusion from clients over new vaccine mandates that they had nothing to do with creating, but are now responsible for enforcing.

At the entrance to Wienstein & Gavino’s, an Italian restaurant in downtown Montreal, hostess Abigail Trevino is standing at the ready to greet clients and ask them for their proof of vaccination.

“I try to diffuse the situation usually with a joke, saying that I feel more like a bouncer than a hostess these days,” said Trevino. “Usually people laugh at that and it’s enough to break the tension.”

For the most part, she said, people have been understanding of Quebec’s vaccine passport system, which came into effect on Sept. 1. Occasionally she’s had customers who were annoyed or frustrated, but no one who was outright aggressive.

“I had someone get quite visibly annoyed with me, but he did actually come back and apologize afterwards and say, ‘I realize that you don’t make the rules; I’m sorry I lost my temper.'”

The challenge, more than anything, has been the extra work. “It’s basically doubled the workload,” Trevino said.

From troubleshooting technical issues with smartphone QR codes and apps, to answering phone calls from people asking what kind of proof is accepted, Trevino said her responsibilities as a hostess have suddenly expanded.

While she agrees with the vaccine passport in principle, she’d like to see more recognition from the government about the added burden it places on businesses and their employees, when they’re already dealing with staff shortages.

“We’re doing a lot of extra work for no extra money, and it eats into the time it takes to seat people. It slows everything down,” said Trevino.

“It would be nice if people could be a little bit nicer to restaurant workers, because I understand that it’s frustrating for people to have to pull out their ID and they’re not always expecting it.… [But] if people could just be patient and understanding, and realize that we don’t make the rules.”

Across the border in Ontario, people have had less time to get used to vaccine certificate requirements, which came into effect on Wednesday.

The rules apply to venues including indoor areas at restaurants and bars, gyms and recreational facilities, and entertainment venues.

“Providing proof of vaccination when you are looking to dine in is the law,” the post states. “Front-line workers have taken a lot of abuse throughout this pandemic and we will not tolerate any harassment over these policies.”

But in response to that, head chef Matthew Miles said they’ve faced an onslaught of angry comments from people accusing them of everything from discrimination to supporting tyranny.

When the mask mandate first came into effect, Miles said they had customers enter the restaurant without masks, arguing about their rights. They’re bracing for more of that type of attitude.

To help protect staff, the restaurant installed a bell near the front till that rings directly to the kitchen, so that employees can call for extra help if there’s a conflict.

In response to those concerns, a spokesperson for the Ontario health minister said bylaw officers are responsible for enforcing the new requirements and inspectors will be visiting establishments to offer help and support to staff.

Workers in Ontario are being asked to call 911 if they feel threatened for denying entry to someone who refuses to comply.

In Quebec, people who try to get into places requiring a vaccination passport without one risk receiving fines ranging from $1,000 to $6,000. Businesses that don’t enforce vaccine passport rules can also face fines between $1,000 to $6,000.

Alberta’s new proof-of-vaccination program is not mandatory, but some of the businesses that have chosen to adopt it say they’re ready to call police if people refuse to co-operate.

Outside the restaurant and bar industry, workers in a range of sectors are now adding enforcement of public health restrictions to their list of tasks.

Nadia Ali, a 19-year-old Carleton University student who works part time as a lifeguard, recently learned she would have to screen swimmers for proof of vaccination.

The pool where she works is in an Ottawa condo building, and Ali said some residents have been angry about the changes.

“One lady came in and she told me this was unjust and discrimination, and that she wouldn’t be coming here again,”  Ali said. “I just told her, ‘I’m sorry but I just enforce the rules, I didn’t make them.'”

Her management has been supportive, she said, and if a resident was ever aggressive, she would ask for help from the front desk. So far, it hasn’t come to that.

More than anything, Ali said, it’s a lot of hassle and extra work. She hopes the process will get smoother with time.

It all comes down to employees being put in an unfair position that they never signed up for, according to Toronto-based employment lawyer Muneeza Sheikh.

“What we are doing, essentially, is we’re placing employees in a combative scenario when that isn’t part of their job duty,” she said.

Sheikh said some of her clients have hired new staff altogether — if they can afford it — to enforce vaccine mandates. But for establishments that don’t have or can’t afford security, she said the vaccine requirements put them in a difficult position.

“There are Canadian employees who have a significant amount of anxiety around going to work now around this vaccination passport and how it’s going to be implemented,” she said.