How do you know the bike man wasn’t setting me up to rob me? Speed Darlington asks as he explains why he ran without fully paying an Okada man 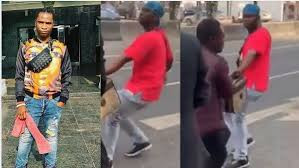 Speed Darlington who was spotted in a viral video fighting with a commercial motorcyclist popularly known as Okada, has finally explained why he fled from the scene of the fight without fully paying the Okada man.  Replying those that called him out for fleeing without paying the bike man, Speed Darlington revealed that he left the Okada man with N500 even though their initial agreement was N2,000.  Expressing fear of being set up by the Okada man who might want to rob him, the singer stated that he had his N2 million jewelry and didn’t want to be extorted after being subjected to the same by policemen.  He wrote; 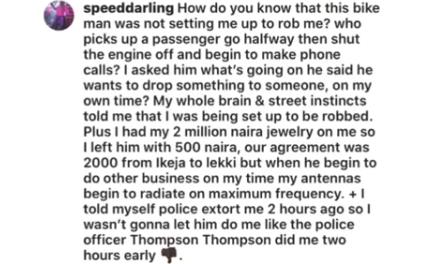