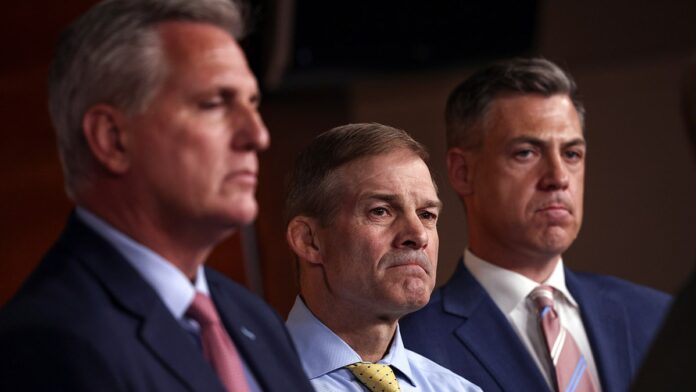 Ahead of the House January 6 committee’s final report, the five Republicans who were originally nominated to sit on the select committee on Wednesday released a counter-report on security failures at the Capitol, which they said “the Democrat-led investigation has thus far ignored.”

“When Speaker Pelosi made the unprecedented decision to reject Jim Banks and Jim Jordan from sitting on the January 6 Select Committee — we knew she intended to play politics instead of addressing the massive security failures that lead to that day,” the lawmakers said in a statement.

Also read: What To Watch For When The Full House Jan. 6 Committee Report Is Released Today

“We said then that we would investigate and get to the bottom of why the Capitol was left so unprepared that day, and what needs to be done to make sure our security apparatus is never left so unprepared again,” they added. “Unsurprisingly, the Select Committee appears to have spent almost no time on this issue. We release the following report to answer these questions, and to lay groundwork for security reforms as we prepare to lead a safer and more secure Campus in the 118th Congress and beyond.

The GOP report blames “leadership and law enforcement failures” for making the Capitol vulnerable. It said changes to USCP intelligence protocols in the lead-up to Jan. 6 “caused confusion and rendered a key USCP component ineffective” during the mob violence.

Republicans accused former House Sergeant at Arms Paul Irving of being “compromised by politics,” coordinating closely with Pelosi and her staff but leaving GOP lawmakers out of discussions about security. The report said Democratic leaders were concerned over the “optics” of deploying the National Guard in response to the riot, given the Black Lives Matter riots that took place in the summer of 2020. The GOP lawmakers alleged these concerns prevented early deployment of the National Guard.

“To make matters worse, systemic issues have crippled the security apparatus for years. USCP line officers were under-trained and ill-equipped to protect the Capitol complex,” the report said. “One officer testified to investigators that he went into the fight on January 6, 2021 with nothing but his USCP-issued baseball cap. Even if every USCP officer had been at work that day, their numbers would still have been insufficient to hold off the rioters due to a lack of training and equipment. The USCP was set up to fail, and there have been scant signs of progress toward addressing these weaknesses.

Republicans said the evidence gathered in their report came from witnesses and USCP sources whose identities are protected for fear of retaliation. Additionally, the House investigators interviewed USCP Chief Tom Manger, House Sergeant at Arms William Walker, and the Assistant Director of the Intelligence and Interagency Coordination Division Julie Farnam. The investigation also relied on public documents and news reports to supplement their findings.

The GOP report is meant to supplement a bipartisan report released by the Senate Homeland Security and Government Affairs Committee and the Committee on Rules and Administration last year. That report identified several security, planning and response failures leading up to the riot, including FBI and Homeland Security intelligence officials neglecting to warn of potential violence and USPC unpreparedness.

“The intelligence failures, coupled with the Capitol Police Board’s failure to request National Guard assistance prior to January 6th, meant the District of Columbia National Guard (DCNG) was not activated, staged, and prepared to quickly respond to an attack on the Capitol,” the Senate report found.

Pelosi has repeatedly denied GOP allegations that she or her office prevented the National Guard from deploying, or otherwise ignored threats of violence leading up to the riot.

The Democrat-led Jan. 6 select committee is expected release its final report on the Capitol riot Thursday. Seven Democrats and the two anti-Trump Republicans on the committee, Reps. Liz Cheney, R-Wyo., and Adam Kinzinger, R-Ill., have for months alleged that the “insurrection” mounted by former President Trump’s supporters was the final step in his plan to overturn the results of the 2020 presidential election.

The committee released a 154-page executive summary of their findings on Monday and referred criminal charges against Trump to the Justice Department.

“What Donald Trump proceeded to do after the 2020 election is something no president had done before in our country,” said Chairman Bennie Thompson, D-Miss. “In a staggering betrayal of his oath, Donald Trump attempted a plan that led to an attack on a pillar of our democracy.”

The panel argued during the committee’s final meeting that Trump’s conduct before and after Jan. 6 was “unlawful.” Lawmakers say they have sufficient evidence that Trump obstructed an official proceeding of Congress, conspired to defraud the federal government, made a false statement, and incited, assisted or aided an insurrection.

Over its 18-month tenure, the committee obtained access to tens of thousands of documents and conducted nearly 1,000 interviews related to the Capitol protests. 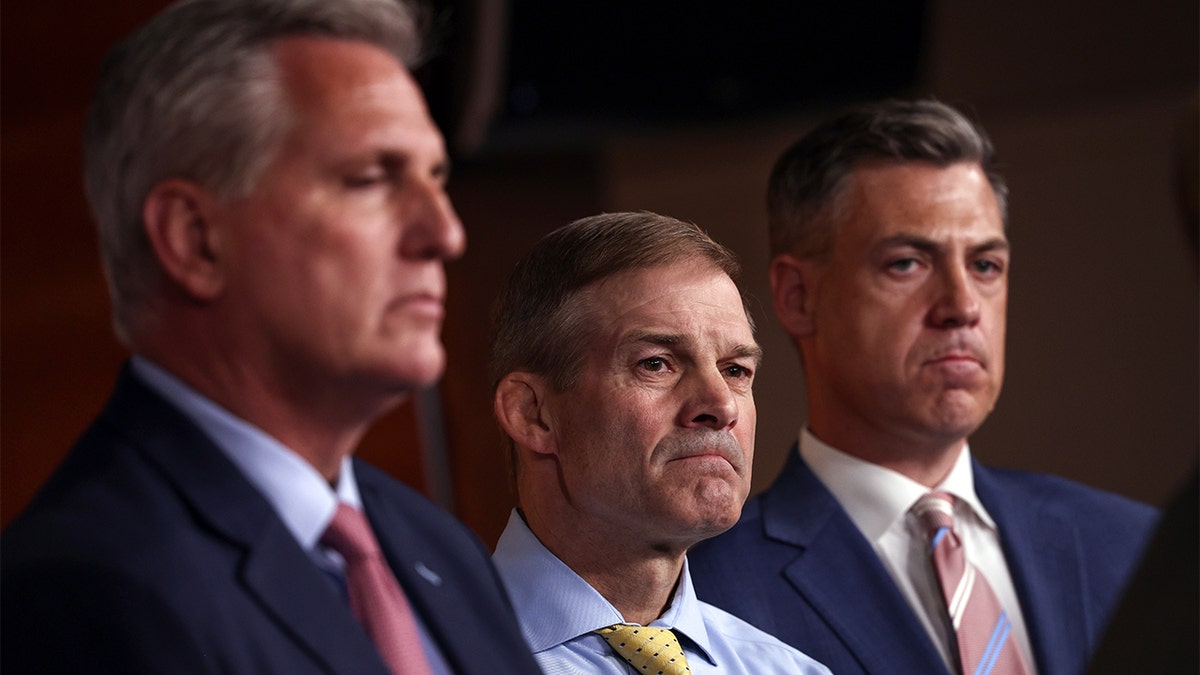