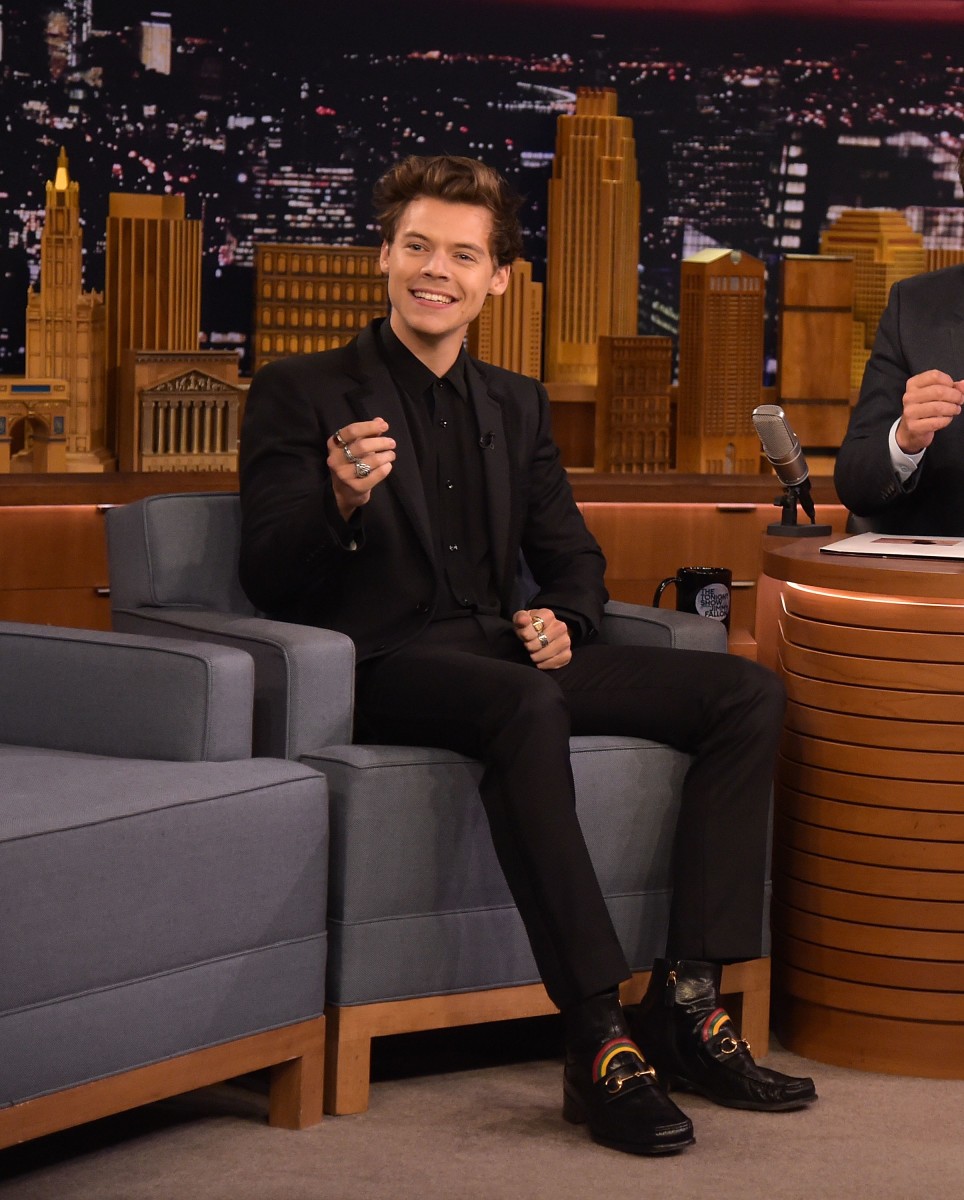 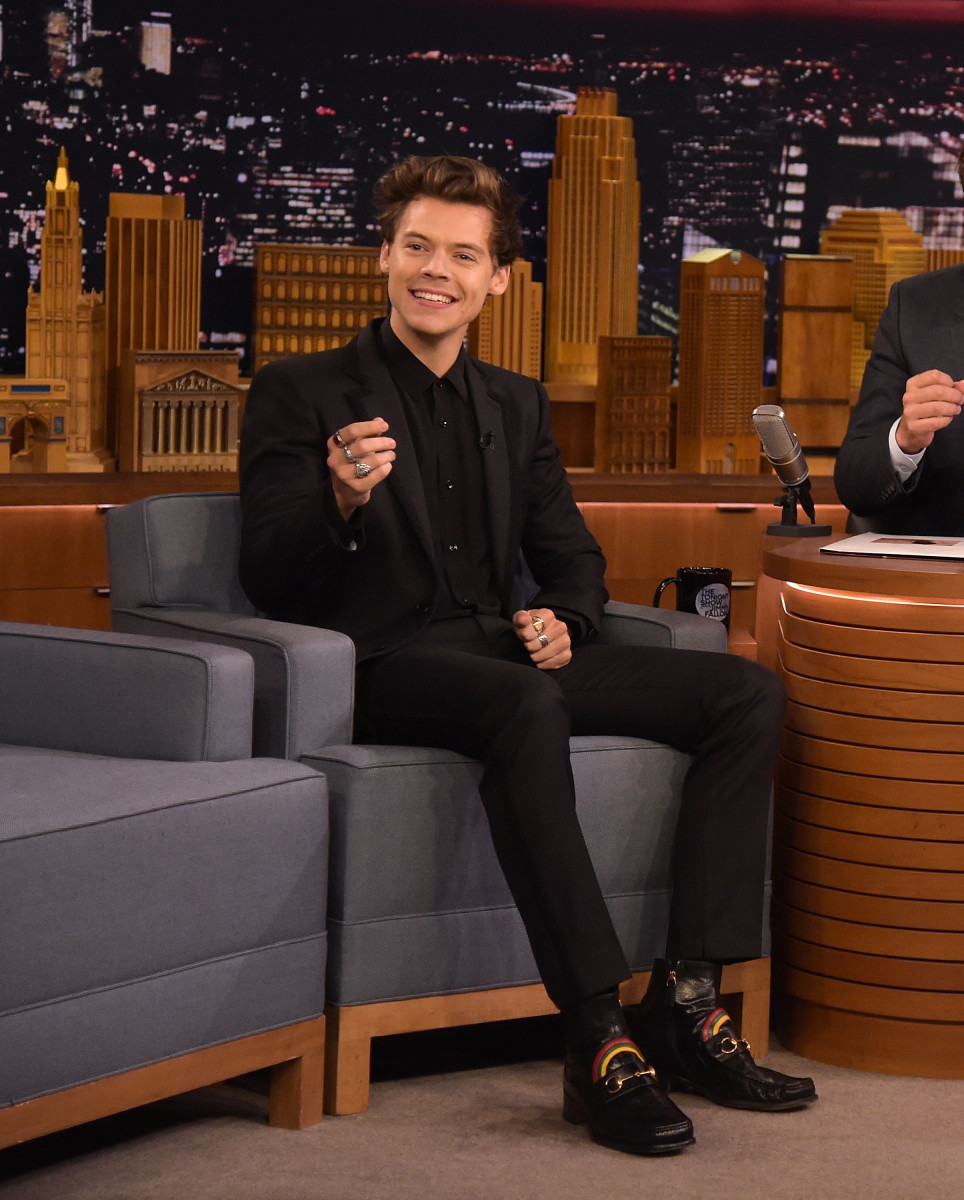 Noted British person Harry Styles has spent the last few months wearing beautiful clothes all over the world while promoting a number of projects, including his debut solo album and now, his feature film debut in “Dunkirk.” (He’s also invested quite a bit of time defending his female fans, which is more alluring than any Gucci suit could ever be.) This week, “Dunkirk” has had Styles running all over New York; he wore Calvin Klein for the film’s New York premiere on Tuesday and Stella McCartney on “Today” on Wednesday.

Later on Wednesday, he swung by 30 Rock’s Studio 6H to “The Tonight Show” to pay his friend Jimmy Fallon a visit, whom I can only presume is jealous of Styles’s friendship with fellow late-night television host, James Corden. For the occasion, he decided to dress the part — not just as a potential EGOT-er, but also as a New Yorker who wears head-to-toe black in the middle of a vicious heat wave.

The look came courtesy of Alexander McQueen and is currently available for purchase on Matchesfashion.com for a grand total of £2,270 (about $2,946). The only color in the outfit at all was on his shoes — Gucci, of course — with a rainbow detailing at the tongue.

Styles has now been initiated into a long line of New Yorkers who, in the words of New York Magazine, wear black “because we’re not tourists here to see a show; because we are, in a sense, with the band.” Soon, he’ll be tweeting about how much he hates the MTA. We welcome him.