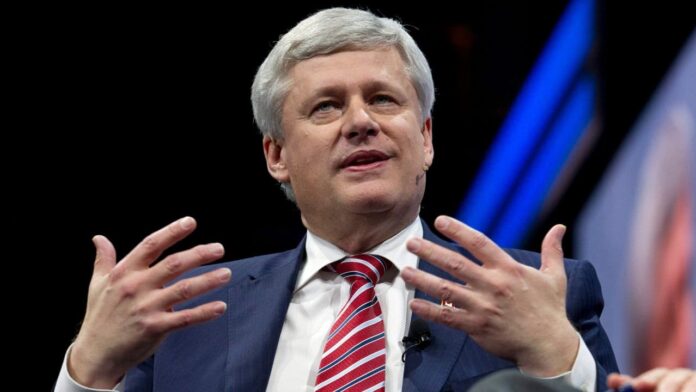 Stephen Harper has said the Conservative government he led from 2006 to 2015 practiced what he calls “populist conservatism.” A Conservative Party led by Pierre Poilievre — endorsed by Harper this week — will fully embrace that description.

One can only speculate about why the former prime minister decided to take the unusual step of endorsing a candidate in the current leadership race — and why he chose to do so now. Maybe the Poilievre campaign has some reason to believe it needs an extra push to get over the line.

Maybe the Poilievre campaign is doing fine but wants to make sure its win is clear and overwhelming. Maybe Harper’s blessing is meant to help the party consolidate after a bitterly contested race.

Whatever his reasons, Harper’s imprimatur symbolically connects his personal political project with Poilievre’s own approach to politics and leadership. Not that Andrew Scheer or Erin O’Toole ever vowed to make a dramatic break from Harper’s approach. But if there are Conservatives out there worried about where the next leader might take the party, Harper’s message to them is that his conservatism includes Pierre Poilievre.

In his 2018 book Right Here, Right Now: Politics and Leadership in the Age of Disruption, Harper wrote that conservatives had three possible paths before them in this moment of populist tumult.

They could hold fast to a doctrinaire view of conservatism and an ideological belief in supply-side economics. They could “double down on unbridled populism.” Or they could “reform conservatism to address the issues that are driving the populist upheaval … adapt conservatism to the practical concerns, interests and aspirations of working- and middle-class people.” 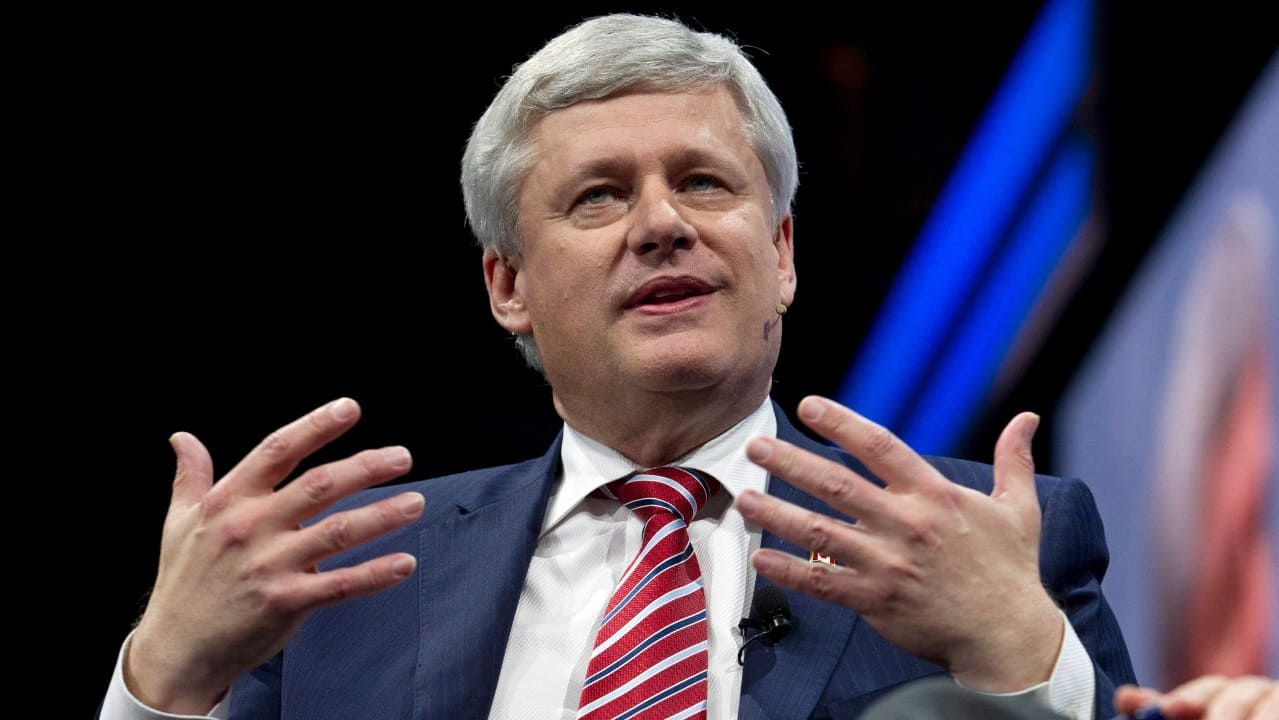 Former prime minster Stephen Harper has endorsed Conservative candidate Pierre Poilievre to be the party’s next leader. This is the first time Harper has given an endorsement since being voted out of office.

Harper argued that this third approach — which he called “populist conservatism” or “applied conservatism” — was similar to his style of government.

“A new populist conservatism needs to bring conservative ideas to bear on the real-life challenges facing regular folks,” he wrote.

That’s not an inherently unreasonable notion, even if there are significant holes in Harper’s larger analysis. For one thing, it’s still not clear what a “populist conservative” would do about climate change.

It’s also not clear how “practical” Poilievre’s approach to government would be, since his campaign has largely avoided presenting detailed policy proposals.

He would appoint a federal ombudsman to ensure that Canadian universities meet his standards on protecting free speech and he wants to make Canada the “blockchain capital of the world.” But his only climate policy is to eliminate the national price on carbon.

His analysis of inflation excludes global factors and his take on the Bank of Canada is flawed. His complaints about housing are generally aimed in the right direction, though his solution is a novel system of penalties and rewards for municipal governments.

But it can also be defined as something more inherently hostile — as “an ideology that considers society to be ultimately separated into two homogeneous and antagonistic groups, ‘the pure people’ versus ‘the corrupt elite,'” in the words of Cas Mudde, a Dutch political scientist. (I also cited Mudde’s framing of populism in writing about the Conservative leadership race in 2017.)

In practice, populism seems to have less to do with proposing practical solutions to real problems than it does with finding someone to blame or resent. It is anti-establishment in a way that can threaten traditional institutions.

“Populism,” Mudde wrote, “presents a Manichean outlook, in which there are only friends and foes.”

Harper has displayed some of this populism. His government seemed to take pleasure in fighting with academics and public policy experts and he attacked “liberal elites.” In Right Here, Right Now, he advances the theory that Western societies can be divided into “somewheres” and “anywheres.”

But Poilievre has fully embraced the language of populism. If Harper was suggesting a conservatism that responded to the concerns that fuel populism, Poilievre seems to be proposing a populism that celebrates conservative ideals.

Poilievre has built his campaign around the idea that “gatekeepers” are holding Canadians back. After he was criticized for vowing to fire the governor of the Bank of Canada, he claimed that “the elites in Ottawa are beside themselves that I would hold them to account for [the] harm they’ve caused to everyday people.”

He has called on his supporters to “stand up to woke culture” and his campaign has criticized his own party for choosing a “Laurentian elite liberal media personality” to moderate a debate.

“Bad politicians make bad decisions and the system protects them,” Poilievre wrote in a fundraising appeal earlier this year. “The media, the pundits, the professors all say I shouldn’t attack Justin Trudeau as strongly as I do.”

Where does populism lead?

Harper apparently approves. And if you believe the world is the way Poilievre describes it, his arguments are no doubt appealing. But where exactly will this populism lead the Conservative Party?

While pursuing the populist dream of Brexit, Conservatives in the United Kingdom have burned through three prime ministers in the past six years. Their current leader, Boris Johnson, was pushed out in a hurricane of scandal.

In the United States, the Republican Party has gone down a populist rabbit hole and become a hysterical, anti-democratic personality cult. Alberta Premier Jason Kenney, who likely would think of himself as a populist conservative, was pushed out by his own party barely three years after taking office.

If it’s possible to imagine that populism could lead to constructive reform (at least in theory), the evidence suggests that a spirit of antagonism is not easily controlled once it has been embraced. Setting worst case scenarios aside, it’s not hard to see how the populist approach ultimately could do more harm than good.

But the party of Stephen Harper is now ready to embrace Pierre Poilievre as its new standard-bearer — and take a spin with an unabashed kind of populist conservatism.