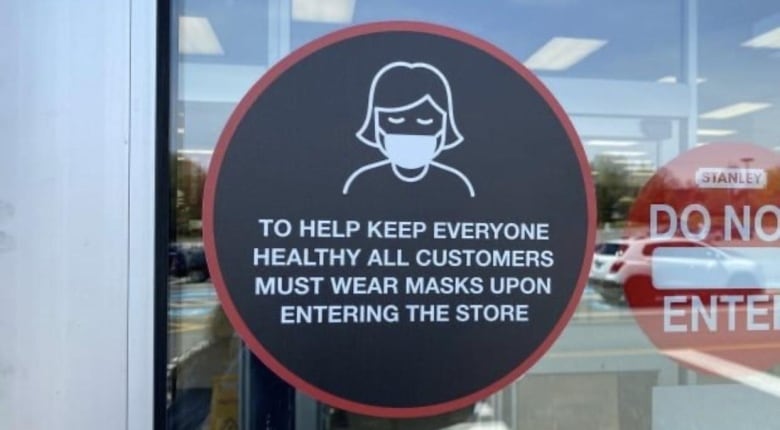 A Volkswagen owner goes into a dealership and is shocked to see that none of the employees are wearing masks.

A dental patient is asked to take an oxygen-level test and a temperature check before arriving for an appointment to ensure they don’t have COVID-19.

A doctor is barred entry to a TD Bank branch because she’s a front-line worker in the fight against the novel coronavirus.

The range of policies being implemented by Canadian businesses to keep their staff and customers free of the virus are all over the map. Government advice on how to prevent the spread of COVID-19 only asks companies to “consider” various risk-mitigation measures, which leaves plenty of latitude for businesses to do whatever they think is appropriate.

“I was quite taken aback,” said Winona Zelenka, a cellist with the Toronto Symphony Orchestra who recently took her 2015 Volkswagen Jetta into her local VW dealership to have the tires changed. She said neither customers nor staff appeared to be taking the type of precautions she’s observed at other stores and workplaces.

“The first thing I said was, ‘Where are the masks?’ and the guy said, ‘We’re social distancing,'” Zelenka said.

That relaxed approach is in sharp contrast to the Wireworks, an orthodontics office in Toronto.

The practice has advised patients it will be checking both their temperatures and their oxygen saturation levels, which can be abnormally low in severe COVID cases, before entering the office for an appointment. Patients must sit in their cars and wait to be advised by text or phone call that they can go in.

As the pandemic wears on and some businesses begin to reopen, owners and managers are faced with the impossible task of pleasing every customer with COVID safety measures. Depending on the customer’s own opinions about the level of risk, protocols can be viewed as either too strict or too lax.

With regard to the casual approach observed at Volkswagen Canada, the automaker’s media relations manager, Thomas Tetzlaff, said VW’s 143 dealerships across the country are independently owned and operated. Head office has issued “guidelines” for the COVID-19 protections they should follow.

“We are not in a position to mandate our recommendations. As well, dealers operate throughout Canada and are expected to comply with the varied municipal regulations put in place locally,” Tetzlaff said.

But consistency is a challenge even for TD Bank, which does have company-wide policies.

When Dr. Camille Lemieux recently visited a Toronto branch of the bank to get a certified cheque, she was turned away after the manager discovered Lemieux runs the COVID-19 testing centre at Toronto Western Hospital.

Lemieux’s experience is not in line with TD’s official COVID policy, according to a statement provided to CBC News.

“I felt like a bad person,” the doctor said.

Lemieux, who said she’s worked three months without a day off, had actually tried to avoid paying a visit to the bank. She had first called the special hotline set up by TD for front-line workers.

“I was told that I physically had to go into a bank branch in order to get what I needed,” she said. “I could not do that online.”

But when Lemieux identified herself as a doctor and inquired about priority service due to a long lineup and the need to return to work as quickly as possible, the security guard summoned the manager.

“The manager immediately got sort of ruffled when I said I worked at the testing centre,” she said. “I told her I was tested two days ago, I’m negative, I’m very safe.”

Even though Lemieux was wearing a mask, she said the manager refused her entry, saying it was too risky for the customers and staff.

“A gentleman in the line said, ‘You’re saving lives, and they won’t let you in the bank?’ It was pretty upsetting.”

This is the second time CBC News has been alerted that a TD branch has refused entry to a health-care worker. In the first case, in April, a Toronto doctor and his wife, who is also a doctor, were told over the phone that TD policy bars health-care workers from entering bank branches.

In an email, TD said that “all Canadians owe an enormous debt of gratitude to our health-care workers, and we welcome them in our branches every day. We are very sorry to hear about this customer’s negative experience. It is not consistent with our guidelines, and we have sincerely apologized to her directly.”

Lemieux said the rejection was unwarranted. “There’s all this talk about our health-care heroes, but then when I needed a simple thing like a certified cheque, I was treated like a dangerous person.”

She said the executive who called her to apologize acknowledged the bank had received a number of similar complaints. “So, I was definitely not alone,” she said.

National fitness chain GoodLife recently sent a lengthy, detailed email to its members advising them of new policies once its 230 gyms are allowed to open in the coming weeks. Among them:

GoodLife’s senior vice-president of operations, Jason Sheridan, said prior to making plans, the chain solicited feedback from a selection of members via email to find out what they expected from the company in terms of COVID safety.

“We wanted to be sure we’re on the right track,” Sheridan said. “We’re expecting a mixed response, but I do believe as people get into the club and experience it, they will find it’s convenient, it’s adaptable for them and it will work.”

The company has an app, and people will be able to check availability ahead of time.

But GoodLife member Patti Moran of Toronto said she isn’t enthused about some of the new policies.

“I don’t fault them for doing what they’re doing,” she said. “I think they’re doing the right things, but typically I squeeze a workout in when I have an opportunity, and the idea of having to book a workout is problematic.”

Moran said she would prefer to keep her GoodLife membership. “I actually like the energy of being in a class environment. But I feel that energy will be impeded by the rules and the limited number of people.”

She said she hasn’t cancelled her membership at this point but is considering it.

GoodLife’s Sheridan is optimistic most members will feel comfortable with the steps the company has taken to create a safe environment.

“This is a tough situation,” he said. “It’s something we have to continue to monitor.”