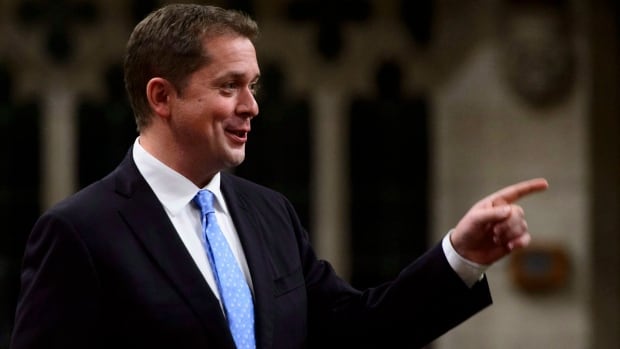 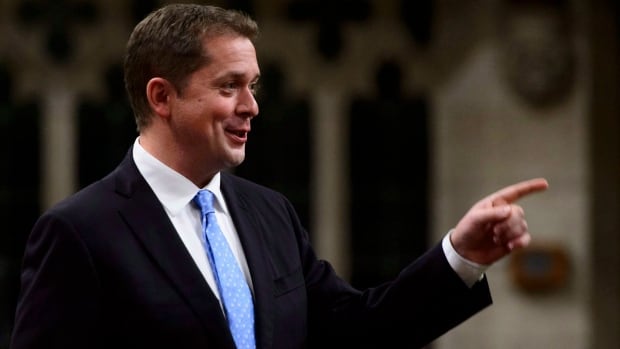 At a town hall event in Toronto Saturday night, Mark Walsh made it clear to Andrew Scheer that climate change is an important issue, and it’s not enough for the Conservative Party to simply oppose a policy like the carbon tax.

“To say no carbon tax, is what we won’t do. What will we do? We need a positive message out there,” said Walsh, a Conservative supporter, who lives in north Toronto.

Walsh was part of a friendly crowd of hundreds who braved snowy roads and bitter cold to listen to Scheer answer unscripted questions on a wide range of issues.

The event was open to the public, although most attendees seemed to be Conservative supporters who had received emails about the town hall. Thornhill MP Peter Kent told the crowd that 1,200 had registered for the event, although actual attendance was less than half of that.

Scheer didn’t face the same hostile elements or random hecklers that Prime Minister Justin Trudeau has dealt with at his town halls.

But some audience members did challenge the leader to provide details about the party’s platform ahead of a federal election later this year. The event also revealed some of the challenges — and opportunities — Scheer may face appealing to divergent demographics and interest groups.

Some of the topics raised Saturday night were not related to typical Conservative talking points. For example, he was asked a couple of questions about the party’s environmental policy.

Scheer again took shots at the carbon tax, saying it’s not an environmental plan but a cash grab. For his own party’s plan, he provided few details, insisting that when it’s unveiled it would “reward individual choices.”

The first question of the night came from a Muslim neurologist and Conservative Party member who asked about Scheer’s policy of moving Canada’s embassy in Israel to Jerusalem. The questioner added that some members of the Muslim community faced “hardships under the Harper government” and would have a hard time shifting their vote.

He also expressed his concern that some MPs had demonized his religion.

Watch as Scheer makes his pitch to diverse communities:

On the embassy question, Scheer did not equivocate. He said the Conservatives would recognize Jerusalem as the capital of Israel, an answer that drew applause from the crowd. As for Islam itself, Scheer stressed that the party was inclusive of all religions.

The youth vote was also raised, an important demographic where the Conservatives continue to struggle to attract support. Scheer was challenged on how to rebrand the party and make it “exciting and hip” for younger voters.

He admitted the party had “failed to connect to young people in the last election.” But he said the Liberals have been taking the youth vote for granted.

He said his policies will address issues that make young people anxious, such as housing affordability. His plan would make it easier for young people to qualify for mortgages and bring new units to the market, he said.

Watch as Scheer talks about the youth vote:

Andrew Scheer says Conservatives are the ‘party of freedom’ in a bid to appeal to diverse communities. 1:20

Deficit fighting is another important issue for young people, he said, because it will be on them to pay back funds the government borrows today.

As an issue, he said the Conservative Party’s fight for free speech on university campuses is resonating with young voters. “We have so many universities where that isn’t allowed to take place because a small group of people will shutdown debate or prevent someone from coming and giving their point of view,” said the 39-year-old. “Those issues really resonate with young people.”

More traditional conservative causes — the so called red-meat issues — such as taxes, pipelines and illegal immigration were also raised by audience members.

One Conservative asked if Scheer would favour a policy that forces parties who support irregular border crossings to pay 10 per cent of the expenses incurred by the migrants.

Scheer said he would rather “end, the problem of illegal border crossings in the first place.”

Meanwhile, many of his answers covered familiar ground.

Many of his responses included pointed shots at the Liberals, accusing them of reckless deficit spending, hiking taxes, being weak on securing borders and engaging in nasty rhetoric.

“This is how we know we’re winning the arguments,” he said. “When they throw these mean, nasty and personal attacks on us.”

Scheer was smooth throughout the evening and never flummoxed by a question. However, as Conservative supporter Walsh pointed out, he was “preaching a lot to the converted.”

Walsh said he was impressed overall with Scheer’s “strong” performance, even though he “waffled around a little” on the climate change question.

“Let’s just hope it doesn’t backfire. Hopefully, he starts to lay out the nuts and bolts of it.”