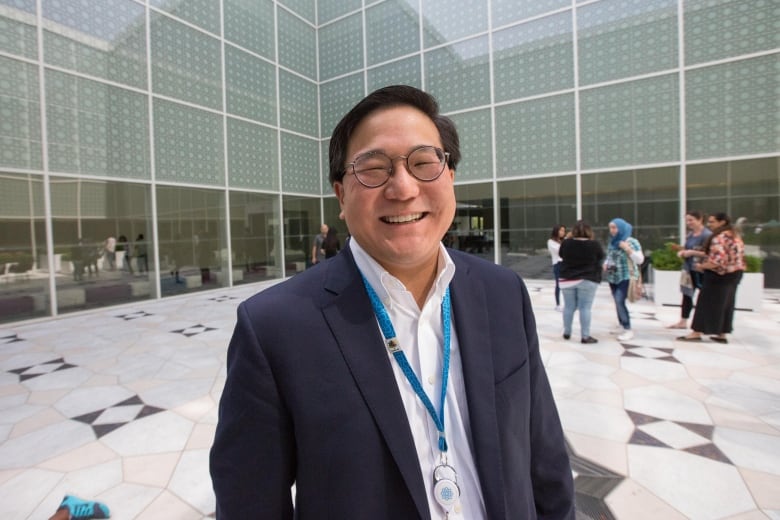 Henry Kim, the former director of the Aga Khan Museum in Toronto, has been chosen to be the new chief executive officer for the Canadian Museum of History in Gatineau, Que., Radio-Canada has learned.

The national museum has been without an official leader since CEO Mark O’Neill resigned in April, two months before his planned retirement date.

O’Neill had been the subject of a workplace harassment investigation following complaints about his temperament and management style.

The investigation wrapped up in January and was submitted to Heritage Minister Steven Guilbeault. It has not been made public.

The federal government presented Kim as a candidate to the museum’s board of directors for approval.

According to sources Radio-Canada has granted confidentiality to, the museum’s board of directors was deeply divided by his candidacy, only approving it by a slim majority.

Kim is not considered bilingual and his resume lacked expertise in Indigenous cultures or Canadian history. In the official job offer for the position the government said it would take into account the “bilingualism and diversity of applicants.”

For eight years, Kim ran the Aga Khan Museum in Toronto and helped oversee its opening.

Opened in 2014, the museum is a private institution dedicated to Islamic civilizations and their contribution over the centuries to art, ideas and science. The museum houses a collection of more than 1,000 objects from the Iberian Peninsula to China.

In a 2015 YouTube video, Kim said Canada was chosen for the location of the Aga Khan Museum because it’s a symbol of “diversity, multiculturalism, all of the underlying principles of pluralism.”

“Canada embodies these principles and it’s not simply buzzwords,” he said.

The Aga Khan Museum is much smaller than the Canadian Museum of History, which has a permanent collection of more than three million artifacts, documents, works of art and specimens.

Kim studied archeology at Harvard and Oxford universities, where he obtained bachelor’s and master’s degrees. Before heading the Aga Khan Museum he taught at Oxford and headed a project to modernize the university’s Ashmolean Museum.

Kim’s appointment will now go to cabinet for final approval.