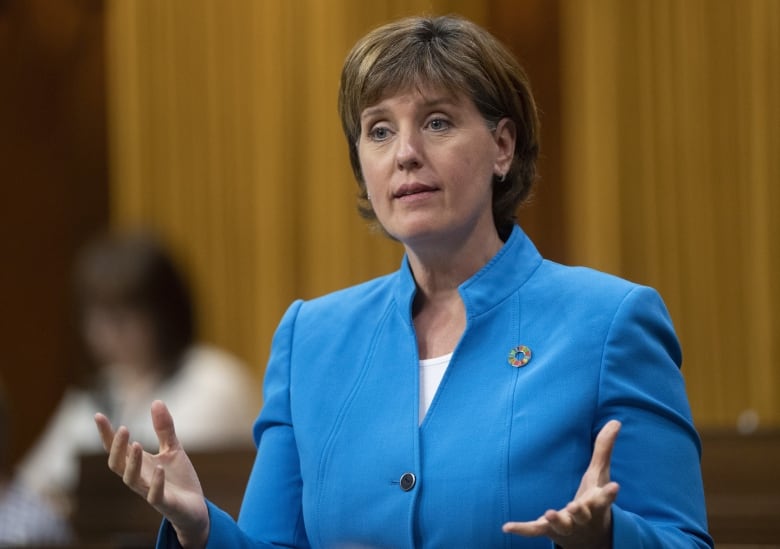 Grain farmers are adamant that Agriculture Minister Marie-Claude Bibeau was wrong when she said this week grain farmers were, at most, paying $819 a year in carbon tax to dry their products, so they don’t need a break on the federal carbon tax.

Markus Haerle, chair of the Grain Farmers of Ontario, says the carbon-tax bill for drying corn from his 800-hectare farm in St. Isidore, Ont., was $8,500 last fall, and that he is not alone.

Late Friday, Bibeau’s spokesperson said the figures Bibeau gave were averages that vary by province, and particular farmers might pay much more.

Ontario farmers, along with grain-growers in Alberta, Saskatchewan and Manitoba, are asking Bibeau to reconsider her determination not to exempt grain-drying from the carbon tax.

Ottawa does exempt fuel used to run farm vehicles, and partially exempt fuel to heat commercial greenhouses, mainly because of competitive pressures with American farmers who don’t pay the carbon tax, plus a lack of greener alternatives.

Ottawa’s carbon tax, which started at $20 per tonne of greenhouse-gas emissions produced and is rising $10 each year until it hits $50 in 2022, is applied in provinces without their own equivalent prices. Right now it applies at $30 a tonne in Alberta, Saskatchewan, Manitoba and Ontario.

At $20 a tonne, the price adds about 3.9 cents to a cubic metre of natural gas and 3.1 cents to a litre of propane, the two fuels used to run grain dryers.

After a wet, late spring and an early, snowy fall, farmers last year were turning to grain-dryers more than usual and upped their lobbying efforts to get grain-drying exempted from the carbon tax as well. Bibeau asked provincial governments and farm groups to submit their costs and then analyzed those submissions.

It took Bibeau’s office four days to release the specific data that went into its calculations.

And the Grain Farmers of Ontario estimated $5.50 an acre for corn and about $2.18 for all grains.

Bibeau’s department then took the numbers provided by the farmers and did its own analysis, adjusting the submitted figures so they could be compared directly to each other.

That included tossing out Keystone’s $3 estimate altogether, because it only applied to corn, which made up just five per cent of all Manitoba farms, and using Saskatchewan’s 51 cents for Manitoba instead. As well, they applied that 51 cents to all grains in Manitoba and Saskatchewan, not just wheat.

With those numbers, and using the total number of grain and oilseed farms, and their size, Bibeau’s officials concluded Alberta farmers were paying on average $210 a year in carbon tax to dry grain, $723 in Manitoba, $774 in Saskatchewan, and $819 in Ontario. The analysis notes smaller farms would pay less and larger farms would pay more.

Todd Lewis, chair of the Agricultural Producers Association of Saskatchewan, said the numbers don’t make sense to him, with some of his farmers spending upwards of $10,000 in carbon tax on grain drying.

Haerle said he thinks the government must have taken the total costs and divided them by the total number of grain farms, rather than just those that have grain dryers on their own properties. The charts provided to The Canadian Press Friday night appear to confirm Haerle’s belief.

Haerle said some farms have their grain dried at the elevator, and not all of the elevators raised their prices to reflect the cost of the carbon tax, which he said makes the government’s method of taking the total cost and dividing it by all grain farms a poor reflection of what farmers are actually paying.

Plus, said Haerle, it costs more to dry corn than other grains, and for his personal experience, in 2019 he only used dryers on corn, which means the government’s analysis would vastly underestimate how much it cost a farm like his.

Haerle also said unlike most businesses, farmers don’t set the prices they get for their products, so they can’t raise their prices to pass on the cost to consumers.

Lewis said there are ways to make grain dryers more efficient but they are very expensive up-front and the tax is so much it is going to mean farmers don’t have the money to invest in upgrades.

Bibeau said in a statement the government is willing to work with provincial governments and farmers on that, pointing to the recent $2-million joint program with Alberta to cover up to half the costs of making dryers more efficient.

“We are always open to working with our provincial counterparts on cost-shared Canadian Agricultural Partnership programming, such as this,” Bibeau said.

She also said the carbon tax is being rebated 100 per cent to households and through the Climate Action Incentive Fund, which helps businesses, including farmers, improve their energy efficiency.