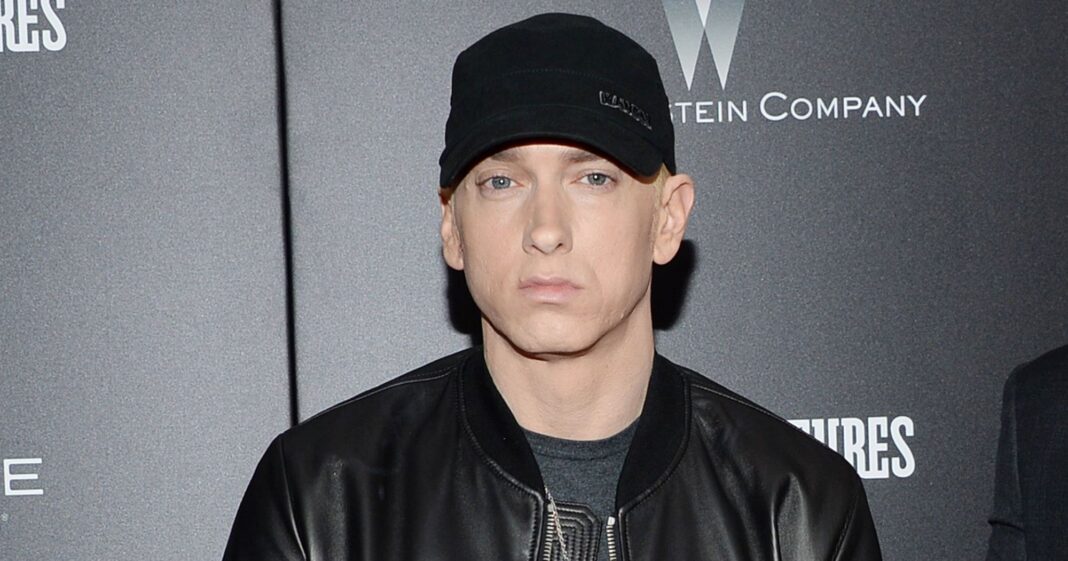 Reaching out. Eminem and his mother, Debbie Mathers, have had a rocky relationship over the years — but she still wanted to celebrate her son being inducted into the Rock & Roll Hall of Fame.

“Marshall, I want to say, I could not let this day go by without congratulating you on your induction into the Hall of Fame,” Mathers, 67, said in a video uploaded via Twitter on Sunday, November 6. “I love you very much. I knew you’d get there. It’s been a long ride. I’m very, very proud of you.”

In addition to congratulating her son, 50, Debbie praised his 26-year-old daughter, Hailie, for her own career success. “And also I’m very proud of Hailie Jade, my big girl,” she said in the clip, where she could be seen rocking a Shady Records T-shirt. “I want to tell you Hailie, great job on your podcast and God bless you guys. I love you very much,” she concluded.

Also read: What #Kim And Her Family Have Said About Kanye West On ‘The Kardashians’

The rapper and his mother have had a notoriously tumultuous relationship over the years. Mathers sued Eminem for defamation of character in 1999, asking for $11 million dollars. While the judge ultimately ruled in her favor, she was only awarded $25,000.

The “Stan” artist, for his part, has been candid about his troublesome upbringing through his music — including in 2002’s “Cleanin’ Out My Closet,” in which he claimed his mom was “poppin’ prescription pills in the kitchen” and making him “believe I was sick when I wasn’t.”

In 2013, however, the Grammy winner released the song “Headlights,” where he apologized to his mother and recognized his role in their issues.

The music video for the track is told from the viewpoint of Mama Mathers as she is kept away from an adult Eminem, reminiscing about his childhood. and attempting to reconnect with her son.

At the end of the clip, the Missouri native is shown hugging his mom before the two go their separate ways.

At the 37th annual Annual Rock & Roll Hall of Fame induction ceremony on Saturday, November 5, Eminem opened up about his own difficult journey over the years. “I almost died from an overdose in 2007, which kind of sucked. … Drugs were f—king delicious, and I thought we had a good thing going man, but I had to go and f—k it all up and take too many.”

He continued, “I had to really fight my way through man to try and breakthrough in this music, and I’m so honored and I’m so grateful that I’m even able to be up here doing hip-hop music, man because I love it so much.

Prior to his acceptance speech, longtime mentor Dr. Dre revealed that while he initially faced backlash for promoting Eminem’s music, his faith in the “Real Slim Shady” artist’s talent never wavered.

“His raw, dark, and humorous lyrics coupled with an impeccable cadence stood out from anything I had ever heard before, and he was hungry. Both of us were,” the producer explained. “We were two artists in do-or-die situations: he was desperate to find a way to feed his family and I was searching for something to sink my teeth into creatively. Each of us was exactly what the other needed and I was willing to bet my entire career on it.”