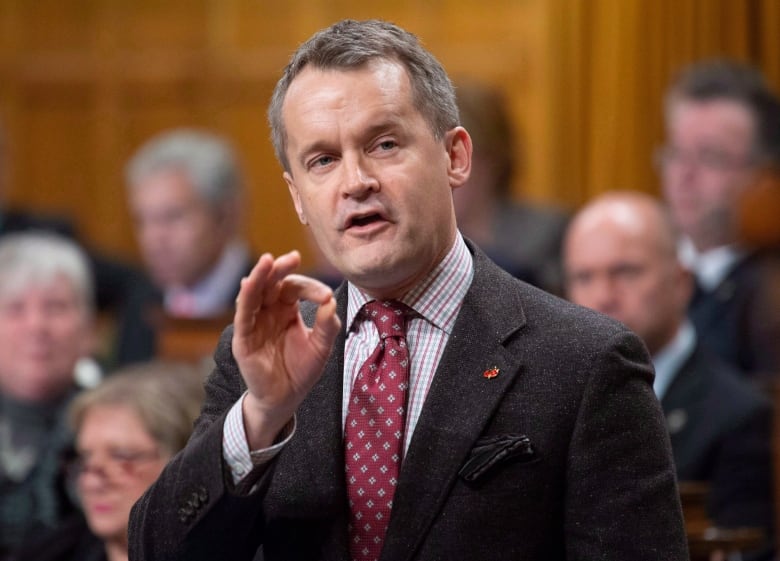 Newly released documents offer a glimpse into how high-level government officials grappled to respond to the revelation that Veterans Affairs was funding the PTSD treatment of a Halifax man convicted of killing an off-duty police officer.

Emails obtained by The Canadian Press through Access to Information and Privacy legislation reveal a slew of people within the Veterans Affairs office — including the deputy minister, policy analysts and communications officers — were involved in shaping the message that was relayed to media about Christopher Garnier’s benefits.

The news came out during Garnier’s sentencing hearing for the second-degree murder of Catherine Campbell, a Truro, N.S., police officer. The court heard Veterans Affairs was covering the cost of his psychologist because his father is a veteran who has also been diagnosed with post-traumatic stress disorder.

Within the hundreds of pages of emails deliberating how to respond to the inundation of media inquiries, officials discussed pertinent policy and what messages would “support the rationale for including family members in a veterans treatment plan.”

Trevor Nicholson, a senior policy analyst with Veterans Affairs, outlined for several of his colleagues how the  department’s mental health policy functions.

“Who may be included in a veteran’s treatment plan or rehabilitation plan … is at the discretion of the decision-maker
based on the recommendation of the veterans treating health professional, and in consultation with the veterans,” said Nicholson in an Aug. 28 email.

“[Veterans Affairs Canada] may include family in treatment sessions with the veteran patient and/or provide session to family members on their own in order to address the impacts that the patients’ mental health condition is having on the other members of the family unit.”

In an email to nine of her colleagues the next day, Veterans Affairs official Sandra Williamson wrote that “it must be made clear that the full range of benefits and services offers to veterans is NOT offered to family members.”

“I’m sure it’s part of your messaging but also important to note that family members were only ever granted access to recognize the important part they play in supporting ill or injured veterans — part of the well-being framework,” she wrote in an email on Aug. 29.

“[The deputy minister and associate] have asked us to update our lines to include two things…. That the focus of providing counselling etc. to a family member is always based on the best interest of the well-being of the veteran … and a line around what services we may provide and what correctional services might provide, and including that there is no duplication or overlap of these services,” communications officer Steven Harris wrote on Aug. 29.

In a statement to The Canadian Press about the Garnier case, Veterans Affairs said communications lines are developed and reviewed regularly as part of a daily work process.

“It is part of normal business processes to connect to different areas of the department to ensure that messaging accurately reflects department policy and activity,” spokesperson Martin Magnan said in an email.

In September, the Trudeau government ordered officials to adopt a more critical eye before approving funds and services for the family member of veterans — particularly relatives convicted of serious crimes.

Veterans Affairs Minister Seamus O’Regan told the House of Commons that benefits would in the future not be provided to a veteran’s family member who is incarcerated in a federal facility.

But when it came to Garnier’s benefits, O’Regan repeatedly cited privacy considerations for refusing to discuss the case while indicating the order would not be retroactive.

The federal government was also apparently flooded with letters from the public, as widespread outrage mounted over Garnier’s receipt of financial assistance for a mental condition that was brought on by the murder.

“Quite frankly this is an outrage and a direct slap in the face, towards veterans, by a Liberal government that has already lost major support from the veteran community. Catherine Campbell’s parents deserve better from [Veterans Affairs Canada] and from the government of Canada,” a citizen, whose name is redacted, wrote on Aug. 29.

Another member of the public, whose name is redacted, wrote: “I can only imagine what mental repercussions must come from strangling a female police officer to death here at home in Canada. The murderer must be truly appreciative of the flood of support from [Veterans Affairs Canada], while surviving members of our veteran families struggle.” 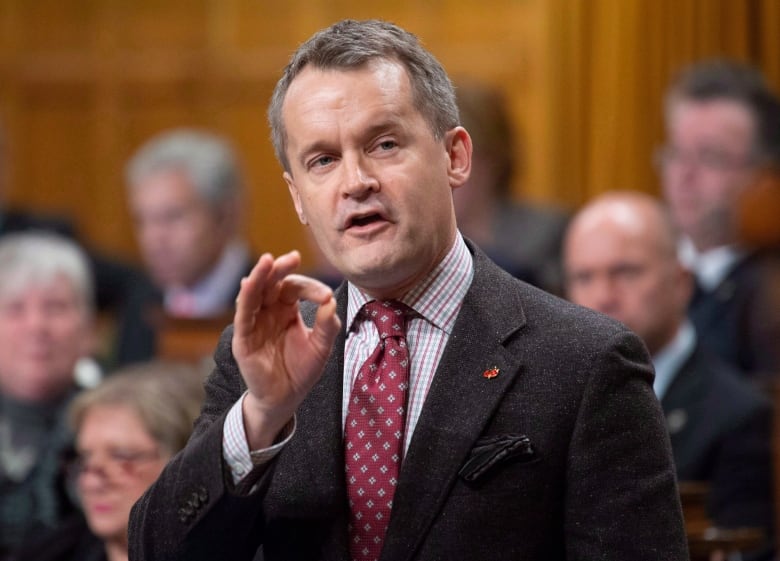 In September, Veterans Affairs Minister Seamus O’Regan said future benefits would not be provided to a veteran’s family member who is incarcerated in a federal facility. (Adrian Wyld/Canadian Press)

In an Aug. 30 email to several other Veteran Affairs officials, Anick Bedard wrote that O’Regan was receiving a “large number of emails” reacting to the news.

In response to one letter, Nova Scotia Liberal MP Sean Fraser conceded that his initial reaction was one of disbelief.

“It was difficult at the outset to understand how someone who suffers from PTSD as a result of a murder they committed should be eligible for health benefits from Veteran Affairs Canada,” Fraser wrote on Aug. 30 in an email attached to the file.

“Despite my first reaction, I want to be extremely careful about how policy may develop in response to the extraordinary facts of this case. The system that provides medical coverage to veterans and their families is a good one, and a political knee-jerk reaction to this case has the potential to deny coverage to veterans and their family members who need it, which I don’t believe is a result that anyone wants.”

Garnier, who strangled the 36-year-old woman and used a compost bin to dispose of her body, is appealing his second-degree murder conviction and sentence.

The conviction carries an automatic life sentence, but a Nova Scotia Supreme Court justice ruled in August that Garnier would be able to apply for parole after serving 13 and a half years — less 699 days for time served.

During his trial, Garnier repeatedly told the jury he did not remember using the large green compost bin to dispose of the body near a harbour bridge, where it stayed undetected for nearly five days.

Garnier had also argued that Campbell died accidentally during rough sex that she initiated after they met at a downtown bar earlier that evening.