Dwayne ‘The Rock’ Johnson Gives His Father a New Home 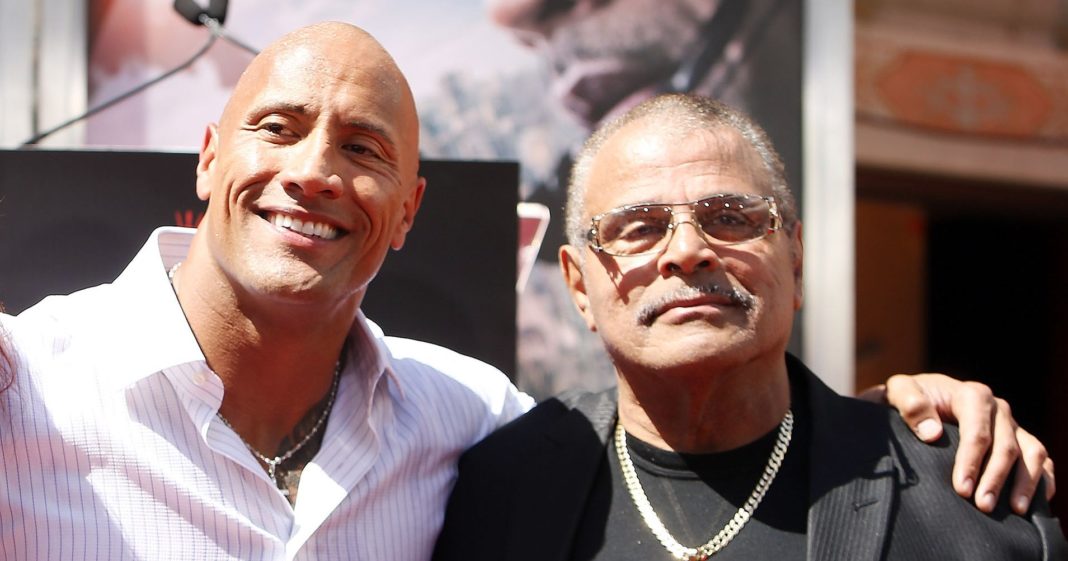 Dwayne “The Rock” Johnson took to Instagram on Friday, March 1, to reveal it “felt good” to give his father, Rocky Johnson, a new home.

Dwayne Johnson’s ‘Cheat Meals’ Are in a League of Their Own and He Knows It: ‘I Know How to Party’

“I just got off the phone with my dad and, man, it was a great call and I just had to share this with you guys really quickly, so about two, three weeks ago I called my dad and I said, ‘Look, you’re probably happy where you’re at but I want to do something for you, I want to buy you a brand new home, wherever you want to live, you can live,’” the 46-year-old said in the video.

“He couldn’t believe it, he was speechless. So he just called me now. It’s a big weekend, he’s gonna go look at properties. He’s a Florida boy, so he’s going to go up to North Florida and look and he goes, ‘I’m so excited. I’m also so nervous.’ My dad’s an old-school tough guy. I said, ‘What the hell are you nervous about?’ And he said, ‘Well,’ he was searching for words, ‘No one ever called to tell me they were gonna buy me a house before and the fact that it’s you, it’s my son. I’m so proud of you and I love you so much,’” he continued. “I never heard my dad talk like that. It felt good to me and it felt good to my heart. You know, my dad used to beat my ass, tough love, and I hated it back then but I’m so grateful for it now. It just felt good to kind of give back to the ones who raised you, so love you too, Pop.”

In a caption on the clip, the action hero added, “Felt good to my cold [heart] to hear him express his love. He’s a weathered soul and like all weathered souls, there’s often a harsh storied path that got them there.”

“Well for my pops that path started at 13yrs old when his mom kicked him out of his house on Christmas day and forced him to live on the streets (very true and f–ked up story) so his reality of compassion and love was forged thru pain and toughness,” the Rampage star said of the former professional wrestler. “He raised me with that tough physical love and used to beat my ass in the gyms and on wrestling mats.”

“I hated it then as a little boy, but grateful for it today as a man. It’s shaped my DNA and helped inform how I raise my own babies (minus the ass kickings;) but always instilling the value of hard work and discipline. For that I’m grateful and this one felt good,” he concluded, referencing his eldest child, Simone, 17, with ex-wife Dany Garcia, and daughters Jasmine, 3, and Tiana, 10 months, with girlfriend Lauren Hashian. “Crazy how full circle life can come. Enjoy your new house pop – what a storied path and thanks for the ass kickings.”

The Rock Unveils His ‘Fast and the Furious’ Spinoff Body: ‘260lbs of Attitude’

Johnson, who was named the second highest-paid actor in the world 2018 by Forbes, making $124 million last year, also gifted his mom, Ata Johnson, with a house for Christmas.

“I always say, if you got a good mama, then you gotta pretty good shot at becoming a decent human being,” he captioned a video of his mom crying as she read a card from him revealing the news last December. “Somehow, somewhere along the line I became one lucky SOB to be able to make stuff like this happen.”