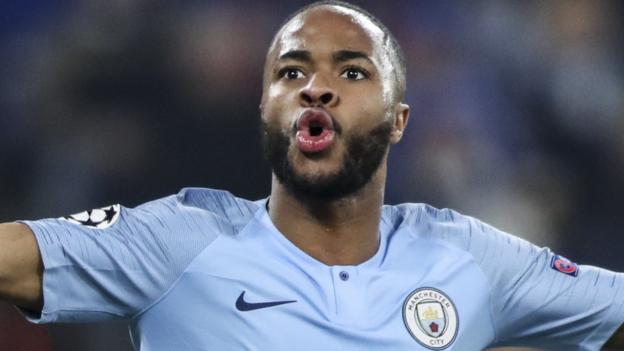 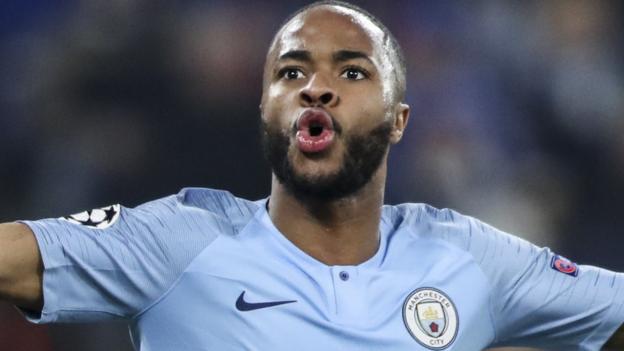 Manchester City are “still not ready to fight for the latter stages” of the Champions League, said manager Pep Guardiola after his side staged a brilliant late comeback to beat Schalke in the first leg of their last-16 tie.

The Premier League champions had come into the match as strong favourites and went in front on 18 minutes through Sergio Aguero.

But the game swung in Schalke’s favour before half-time after a contentious VAR decision and two Nabil Bentaleb penalties.

The first of Schalke’s spot-kicks came after the intervention of the VAR, who penalised City defender Nicolas Otamendi for handball when the ball struck his arm as he moved it behind his back.

The second was given for a foul by Fernandinho on Salif Sane – the referee sticking with his decision after briefly consulting the VAR.

After being booked for the handball, Otamendi was shown a second yellow card for a foul on Guido Burgstaller in the second half – meaning he will sit out the second leg, as will Fernandinho.

With City heading for a surprise defeat, manager Pep Guardiola sent on former Schalke player Leroy Sane – and the Germany international curled home a free-kick from 30 yards out to level, before Sterling struck.

“It was a great result,” said Guardiola. “We gave them two penalties, we gave them a red card, and in this competition that is not too good.

“We are still not ready to fight for the latter stages, that is reality, but the result is good.

“We played with incredible personality. We gave two goals when they did absolutely nothing. It is not over, this competition is completely different.”

The second leg takes place in Manchester on Tuesday, 12 March.

Questions were asked about City when they lost 2-1 at Newcastle in late January, but five successive victories later and talk has turned to whether they can win an unprecedented quadruple of trophies this season.

While Phil Foden believes they can “definitely” win all four, fellow midfielder Kevin de Bruyne has suggested it would be “nearly impossible” and Guardiola said it was “silly” to be asked the question in February.

City top the Premier League on goal difference – albeit having played a game more than Liverpool – and will face Swansea in the FA Cup quarter-finals.

Their first chance of silverware comes in the Carabao Cup final against Chelsea on Sunday, but four days before that their Champions League campaign looked to be stalling.

City dominated the opening half an hour – with 70% possession – and Aguero’s goal came via a gift from goalkeeper Ralf Fahrmann, whose pass sold defender Sane short as David Silva nipped in and laid the ball off for his team-mate to finish.

Guardiola’s side showed their resolve, though, by scoring twice late on and will now be heavy favourites to progress to the last eight.

Sane said: “I was a little bit sad for Schalke, because the atmosphere was amazing like it always is. Schalke did really well, the way they defended made it difficult.

“At the end we did it, we scored three goals away – that was the most important thing. You can see the will is a lot. We never give up, we always want to keep fighting.”

‘I don’t know what is handball and what isn’t’

The hosts trailed 1-0 when wing-back Daniel Caligiuri cut in from the right and struck a shot goalwards, which hit Otamendi on the arm.

It seemed as though the Argentine was trying to tuck his arm behind his back, and Spanish referee Carlos del Cerro Grande initially awarded a corner. But after consultation with VAR Alejandro Hernandez – a discussion which took nearly three minutes – he pointed to the penalty spot, and former Tottenham midfielder Bentaleb converted.

It later emerged the pitchside monitor used to review decisions was broken, so the referee could not watch a replay of the incident.

Former City defender Danny Mills said on BBC Radio 5 live: “I don’t know what is handball and what isn’t any more. Otamendi is trying to get his arm out of the way, it’s in a natural position, but it stops the ball hitting the target.”

Ex-City midfielder Michael Brown added: “It was probably the longest VAR in history deciding the right decision. I don’t think they knew and then finally they gave the penalty.”

The second penalty decision was more straightforward for the referee as he penalised Fernandinho for holding – and Bentaleb scored once more.

“For one of the few times this season we had a bit of luck on our side. We knew we would be pushed deep, but we were sloppy too often on the counter and conceding the goals we did late on was heartbreaking.”