Céline Dion and drive-thru concerts: Some shows to enjoy this summer and fall 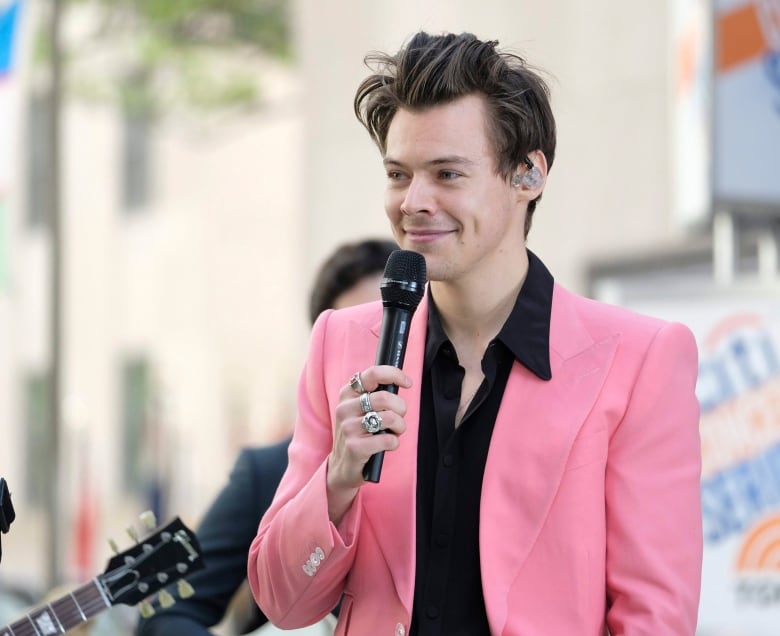 Arena concerts, outdoor festivals, drive-thru shows; music lovers are slowly flocking back to hear their favourite artists perform in a live setting after a long, dry spell due to COVID-19 lockdowns.

Organizers have been creative, staging shows that reflect an easing of pandemic-related restrictions while still respecting individual provincial health protocols in place across the country.

Ready to get back out there? CBC News highlights a range of live music events happening this summer and fall.

Big headliners are back

The arena concert experience feels like a distant dream to most, but as vaccination rates go up across the country and COVID-19 case counts go down, some headliners are making the switch to live shows.

In August, two major performers will stage shows at mega-venues across the country, according to their websites: Québecois chanteuse and global superstar Céline Dion will pass through Winnipeg, Saskatoon, Edmonton and Vancouver between Aug. 16-29.

Right behind her is everyone’s favourite ex-boy-bander, Harry Styles, who’ll stop in Vancouver on Aug. 16, before shows in Montreal and Toronto in the early fall.

Outside of the pop realm, prog-rock legends Genesis will be reuniting this November for their first tour in 14 years. The group will make stops in Montreal (Nov. 22-23) and Toronto (Nov 25-26). The last time the group performed in Canada was in September 2007.

National treasure Gordon Lightfoot will play Canadian shows from September to November, journeying coast to coast from Fredericton, Montreal and Ottawa, before stopping at multiple cities in Manitoba, Alberta, Saskatchewan and British Columbia. Toronto fans can catch him at the tail end of his Canadian tour, when he’ll play Massey Hall for three nights (Nov. 25-27).

But if you’re not prepared to leave the house, Bob Dylan is set to perform a live stream concert on Jul. 18, hosted on streaming platform Veeps.

For those who prefer their music independently labelled and their shows intimately staged, a range of indie artists and small bands are also in Canadian centres this summer and fall.

Soccer Mommy, Lucy Dacus and Arlo Parks will all perform in Montreal and Toronto in early fall (catch Dacus and Parks in Vancouver, too), while German electronic duo Milky Chance is scheduled for performances in Vancouver (Nov. 22), Calgary (Nov. 23), Winnipeg (Nov. 25), Toronto (Dec. 1) and Montreal (Dec. 2).

q21:27Bahamas on Sad Hunk, moving to the East Coast and his quest to write the perfect love song

On release day of his brand new record Sad Hunk, musician Bahamas joined us to open up about why he had to move to the East Coast to find himself again. Plus, he gives us some exclusive performances of two songs off the album. 21:27

The Barrie, Ont.,-raised, Halifax-based artist kicks off in Wolfville, N.S., on Jul. 28 ,with a few dates in the Atlantic provinces before heading to the West Coast (Nov. 17-21). Then he heads into the Prairies (Nov. 23-27) and Ontario and Quebec (Dec. 1-10). His tour continues into 2022 with a number of shows scheduled back on the East Coast.

From New Brunswick to the Northwest Territories, summer music festivals are also back on the map — many of them with a virtual twist.

The ongoing outdoor Festival d’été de Québec runs until July 18 in Quebec City and features performances from comedians and musicians. Fans can catch acts like Coeur de Pirate, Marie-Mai, Men I Trust and Steve Hill live at the event. But fret not if you can’t make it: sold-out shows will be offered virtually at $20 for a viewing period of 24 hours.

Two festivals occur in opposite ends of the country from Jul. 16-18: Folk on the Rocks kicks off in Yellowknife, with acts like Cartel Madras, The Jerry Cans, Partner, Celeigh Cardinal, and Leela and Jay Gilday.

And from the organizers of Fredericton festival Shivering Songs comes Sweltering Songs, a summertime riff on the hugely popular winter event. The lineup includes acts like AQUASOCKS, Chloé Breault and the Montgomery Street Band.

The Calgary Folk Music Festival’s Summer Serenades is on from Jul. 22-28, featuring headliners Charlotte Cardin, Cowboy Junkies, Julian Taylor and more. The event will shift from a multi-stage festival format to an outdoor concert series, and each day will be live streamed for free on YouTube.

Edmonton’s Together Again outdoor concert series launches in August as a socially distanced festival that will last throughout the month; guests will be seated at appropriately spaced out tables of up to six people.

If you’re in the mood for an extra special (and productive!) live music experience, head over to Montreal’s Piknic Electronik, where you can dance your heart out  … and get vaccinated at the festival’s pop-up clinic, hosted on July 11.

Beloved Toronto music venue Horseshoe Tavern has announced Chill-O-Rama, a combination drive-thru and live streamed music series hosted at the CityView Drive-in. The lineup will feature groups like Stars, Skydiggers, the Sadies and the Jim Cuddy Band, and for a fee, the live streamed version of each show will be available for up to 10 days after the performance.

Calgary’s Grey Eagle Resort and Casino is packing its drive-in venue with a range of guests, from Platinum Blonde on Aug. 13 to Tokyo Police Club on Aug. 27.

And in Montreal on July 16-17, the Jardin Royalmount will host DJ Misstress Barbara in partnership with Îlesoniq, an electronic music festival postponed until next year.

The Sound of Music Festival in Burlington, Ont., was cancelled in light of the pandemic. But organizers are shifting their approach and launching the Return to Live series, which will host music performances at local restaurants, patios and shopping malls across the city.