Cannabis was legalized 20 months ago. But it appears to be business as usual for Vancouver’s illegal pot shops 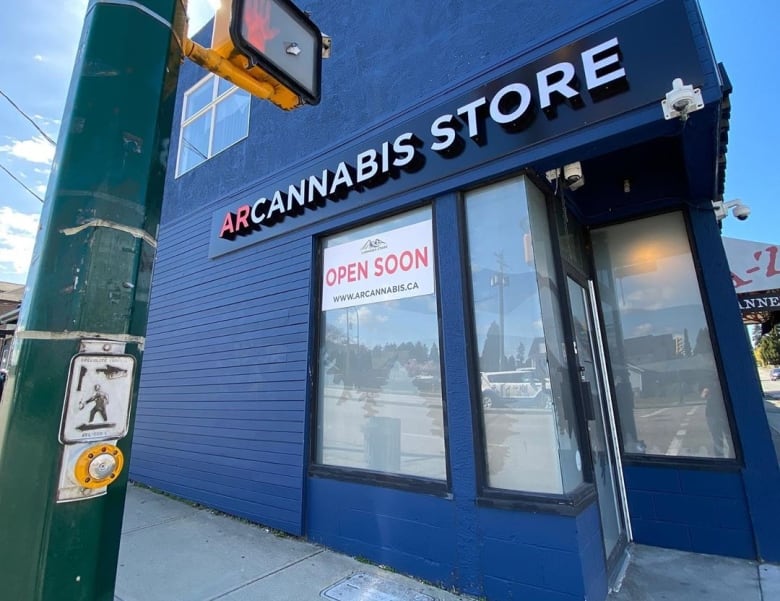 It took the owners of ARCannabis more than 18 months to become a fully licensed marijuana dispensary in Vancouver.

Tonny Dinh and Joe Le first applied when the process opened in the city prior to the legalization of marijuana in Canada on Oct. 18, 2018.

But that’s not the path all shops have taken. Many have forgone the legal route yet continue to operate within city limits, much to the dismay of business owners who have chosen the legitimate process.

The City of Vancouver says 16 cannabis retailers are still operating unlicensed storefronts, while 24 are fully licensed.

“It does frustrate us,” says Dinh.

“They’re able to provide better marketing tools because there are less restrictions and less regulations [they have to follow.]

Le adds they are also “competing with the black market.”

For a cannabis retail shop to operate legally in Vancouver, it requires a provincial licence, a municipal licence and a municipal development permit, which, altogether, cost owners more than $35,000 a year, according to Le and Dinh.

These extra costs are reflected in the price of the products on retailers’ shelves, which can often give the black market the upper hand.

“We do get customers who come into our stores and say ‘why are prices so much more?'” says Dinh.

“But we are providing clean, regulated, taxed products.”

Le agrees it’s frustrating to go through the entire licensing and permit process and spend all the extra money to then lose out on profits to the unregulated stores. But he says his shop is committed to help eliminate the illicit market.

“We are here, we like to comply… and we want to take all the steps to make sure we do everything properly,” he says.

Illegal shops are also being actively promoted on websites and applications like Weedmaps.

A quick search shows among the listings is the illegal dispensary Herbs R Us, which recently lost a legal battle with Toys “R” Us over its name.

The city says up until recently, the store had a business licence to sell accessories but that was revoked after it was discovered to be selling cannabis.

Weedmaps contains reviews of cannabis from Herbs R Us from two years ago, and signs at the store openly display that it sells the drug. When contacted by CBC News, Herbs R Us would not confirm that it sold cannabis.

In a statement to CBC News, the city said “any location operating without city land use approval is subject to enforcement by both the city and the province’s Community Safety Unit (CSU).”

When pressed further on how it goes about enforcement, it said in a follow-up email it’s predominantly handled by the province.

Illegal sellers will not be shut down overnight, said the Ministry of Attorney General in a statement.

The Ministry of Public Safety says over the past year, CSU officers have visited 275 unlicensed retailers for the purpose of education and to raise awareness about cannabis laws, and has followed-up with enforcement action against 40 unlicensed retailers that chose to continue to operate without a licence.

“Our goal from the start has been voluntary compliance,” the ministry said in a statement. “However, those who continue to operate illegally should be warned that if they do not obtain a provincial licence they will have to close or will face increased enforcement action,” which, it says, could include monetary penalties.