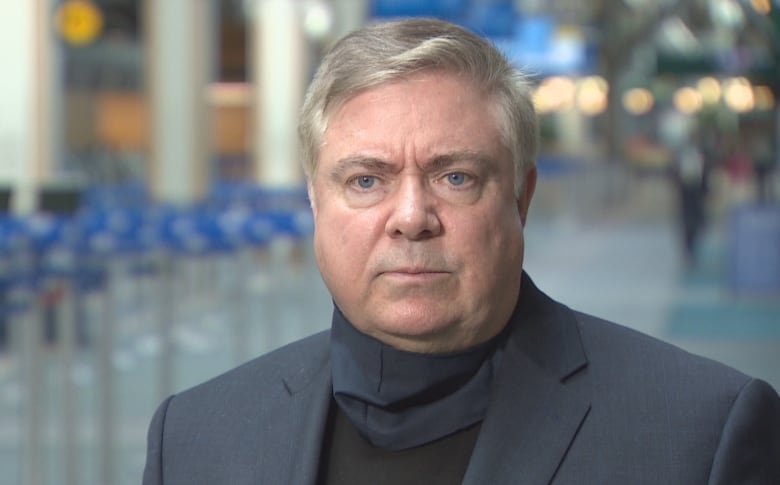 Canada’s beleaguered airline industry is taking cautious steps to restart operations after travel restrictions brought on by the COVID-19 pandemic grounded much of the sector — but getting planes back in the air will be a costly and risky undertaking.

Flair Airlines is one Canadian carrier ramping back up operations next month. In July, the low-cost domestic airline, which launched three years ago, will expand its routes across the country.

But even though many Canadians are hesitant about boarding a plane, airlines need to start offering flights with more safety measures so the industry can recover, said Flair CEO Jim Scott.

“It’s a chicken and an egg problem. You can’t attract passengers if you don’t have a flight,” Scott told CBC News. “If you have a flight and people don’t show up, you have to operate it. If you operate it at a loss, eventually you’ll go out of business.”

Scott said that operating an airline at this time is a juggling act that involves estimating how much traffic will return to the industry and matching that to the industry’s ability to accommodate it — all at a rate that breaks even or generates revenue on every flight.

“If we get it wrong, we can lose an awful lot of money,” he said.

The company has already let go of 50 per cent of its workforce because of the pandemic and cancelled a planned expansion into the Maritimes due to provincial travel restrictions and quarantine rules.

Daunting process for many airlines

It’s a similar story for other airlines: Air Canada announced in May that it was slashing its workforce by 50 to 60 per cent, while WestJet laid off half its 14,000-member workforce in March before rehiring most of them under the federal government’s wage subsidy program.

Flair took advantage of that program, but Scott said topping up employees’ salaries is still costly. The carrier is in the midst of private talks with Ottawa for tens of millions of dollars in loans because the airline doesn’t bring in enough revenue to qualify for the government’s offer of bridge financing for large Canadian businesses.

Bigger carriers who do qualify for the financing haven’t said whether they’ll sign on and say they’re looking into the conditions tied to receiving it.

Canadian airlines have chosen to ramp up operations for the coming season despite those circumstances.

Air Transat revealed last week that it expects to resume its flights on July 23 to almost two dozen international destinations including France, Italy and Mexico as long as travel restrictions at that time allow it.

Air Canada is also adding more international destinations to its slate including London, Paris and Frankfurt, while WestJet said in an email to CBC that it was “working through an updated July schedule that will include an increase in daily flight frequencies.”

“While increased flying is a positive sign, it is important to remember that we are only flying five per cent of our schedule and an increase in flight numbers is not an indication of our recovery or return to normal operations,” the email read.

“The glamour is out of flying right now,” said Scott. “People are very quiet. They board the airplane with social distancing. I think the social element of flying, talking to a neighbour, meeting people, having jokes with flight attendants and so on, those days are gone for now.”

A number of safety measures are already in place in airports across the country, including a requirement for all passengers and staff to wear masks, the completion of health-screening questionnaires and enhanced cleaning protocols.

Passengers travelling to, from or within Canada will have to undergo mandatory temperature checks before boarding. Some airlines are already doing this, including Air Canada, WestJet and Flair Airlines.

Flying itself is now significantly different: some airlines have suspended food and beverage service, while others no longer distribute pillows and blankets.

Airlines are also disinfecting their planes with medical-grade cleaning products between flights.

Flair’s fleet is sanitized before every trip, and passengers on connecting flights must deplane when they stop in a new city while the plane is cleaned again. The company is “fogging” down the aircraft with a sanitizer procured from Germany.

In other measures, passengers on Air Transat flights will be given their own face covering, gloves, sanitizer and wipes. Air Canada passengers can expect to receive a similar kit, along with an empty seat directly adjacent to their own.

Passengers will be guarded when entering this new era of air travel, said Ian Jack, a spokesperson for the Canadian Automobile Association (CAA).

“I think a lot of people today are simply worried that we’ll have a repeat of March [and] April where they’ll buy a ticket, they’ll spend potentially thousands of dollars and then the flight will get cancelled … because we got a COVID outbreak somewhere in the world,” said Jack, whose association is also a consumer group that previously fought for air passenger rights.

Jack said those embarking on air travel this summer should be particularly diligent about checking travel advisories and rules about refunds.

“The biggest concern is that … people are going to get burned again,” Jack said. “Either they’re not going to be able to fly where they want to go and they won’t get a refund, or that they’re going to get to their destination and find that things are closed.”