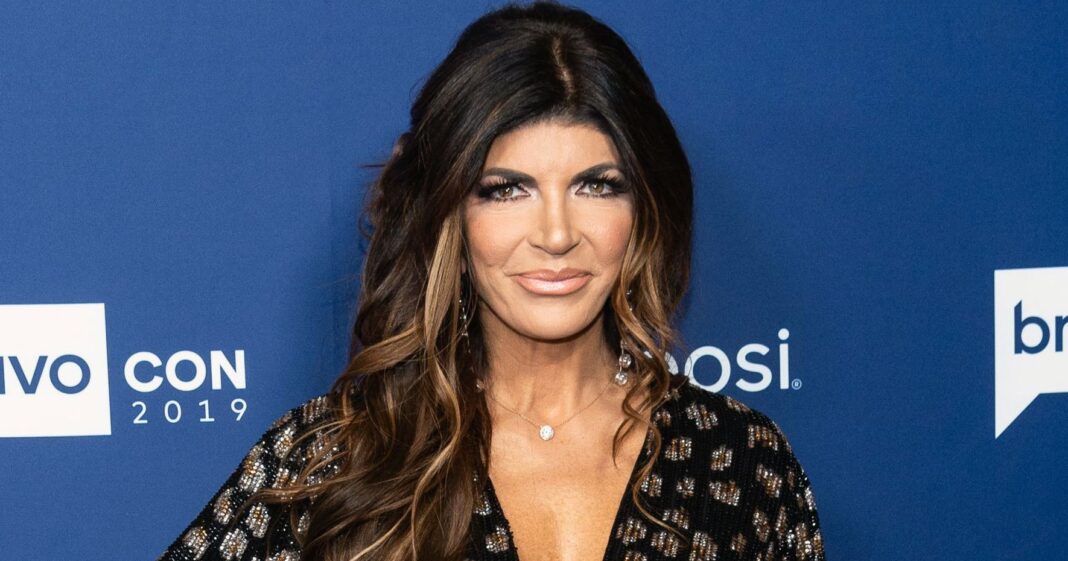 BravoCon Revelations Teresa Giudice Talks Younger Man, Stassi Disses Jax, More
It’s the Super Bowl for fans of reality TV. The first-ever BravoCon was held in NYC from Friday, November 15, through Sunday, November 17, and the Bravolebrities didn’t hold back as they spilled the beans about feuds, friendships and more!

During the Real Housewives of New Jersey panel on Saturday, November 16, Teresa Giudice opened up about her recent trip to Italy with her daughters, where she reunited with her husband, Joe Giudice, after his release from Immigration and Customs Enforcement Custody.

“It was very emotional,” she admitted.

But later during the panel, the cookbook author, 47, was asked if she was still friends with Blake Schreck, the younger man who she’d been spotted holding hands with while her husband of more than 20 years was in prison.

“Yes, I am,” Teresa she said of the realtor who is 21 years her junior, prompting screams from the audience.

The reality TV star was first spotted with Schreck on New Year’s Eve, where a source told Us Weekly that the Teresa was “aggressively flirting” with the Totowa, New Jersey, native as he “rubbed her leg in a romantic way,” at Miami club Big Pink. They were also seen smiling on the beach together in Florida and in June were seen enjoying a fun night out in NYC.

But during her candid sit-down interview with Andy Cohen and her husband last month, Teresa denied that there was anything romantic going on between her and Schreck, insisting that she was faithful to her husband while he served 41 months in prison for fraud.

Joe said he believed Teresa cheated on him, but she insisted that if she’d had anything to hide with Schreck, “I wouldn’t leave my hotel room.”

Teresa wasn’t the only one who opened up to fans during BravoCon. Luann de Lesseps talked about her sobriety, Kim Richards revealed that she misses her Housewives costars, and her sister Kyle Richards talked about her feud with Lisa Vanderpump.

More than 80 Bravo personalities attended more than 50 live events over the weekend, with stars from Below Deck, Married to Medicine, Shahs of Sunset, Vanderpump Rules, Southern Charm and all of the Housewives editions making appearances.

Scroll down for more BravoCon revelations.