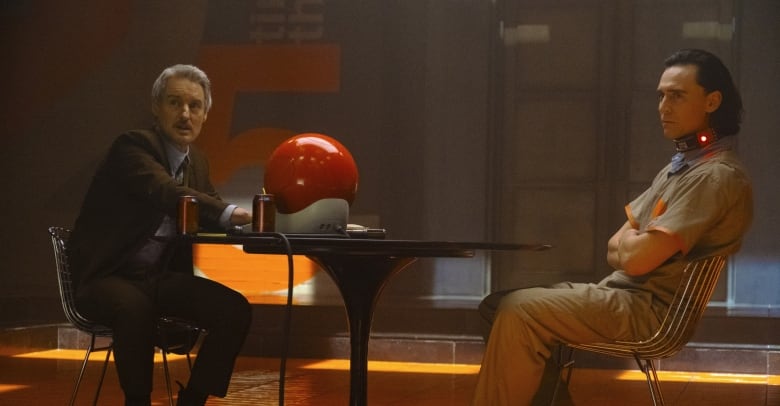 Adjust your calendars accordingly, Wednesday is the new Friday.

The studio recently announced that it will begin releasing all its original series on Wednesdays.

Home to many popular Marvel and Star Wars episodic series, Disney+ kicked off the move with the recent launch of the god of mischief’s own series, Loki. Previously fans of WandaVision and The Falcon and the Winter Soldier had gotten accustomed to ending the work week with a fresh episode. And while the shift to Wednesdays may seem a little mischievous itself, IGN senior streaming editor Julia Alexander says it demonstrates how much Disney has to offer.

“I think it shows how powerful their arsenal of content has become, where they can go, ‘We don’t necessarily need to designate one day as our go-to day for new content.'”

When the pandemic began, viewers were waiting for seasons, not single episodes. Locked down and hungry for distraction, Netflix shows such as The Umbrella Academy and Bridgerton offered a convenient way to consume entire seasons.

Now, with fans speculating over the next reveal in Mare of Easttown or the twisted timelines of Loki, audiences are rediscovering the pleasures of weekly episodic television.

Michelle Lovretta — creator of the Canadian shows Lost Girl and Killjoys and a consultant on The Umbrella Academy — sees the return to the weekly viewing model as another phase of our pandemic-coping strategies.

“I think a bunch of people definitely started craving the anticipation of appointment viewing again, like a weekly serotonin hit,” she said. “We didn’t have much to look forward to, but we could look forward to that.”

Screenwriter and producer Elan Mastai (The F Word, This is Us) says bingeing also offers writers more control — they can work without fear of being cancelled mid-season. But Julia Alexander says that model might not be sustainable.

“It’s very expensive for Netflix to do what they do,” she said. While the streaming giant has so much content it can afford to drop entire seasons of multiple series in a single month, she says: “Profit-and-loss wise, that is an expensive, not cost-effective strategy to compete with Disney.”

Both Alexander and Mastai agree streamers such as Netflix might begin adopting the weekly episodic model for certain premium titles. Netflix has already started releasing the reality shows The Circle and Too Hot to Handle on a weekly basis.

“If you drop Stranger Things all at once,” said Mastai, “you only have to sign up to Netflix for a week to watch. Whereas if a show is being delivered over the course of four or five months, you’re subscribed for months, spending time sampling and getting hooked on other shows.”

Lot of debate over weekly release vs binge when the answer is a little from Column A, little from Column B. (We know this but nuance is lost on Twitter)<br><br>A show like Loki or Stranger Things? Benefits from weekly. <br><br>The iCarly reboot? Drop it all at once. Why is it weekly at all?

But Alexander says there are certain snackable comedies that lend themselves to bingeing. Sitcoms such as Friends, How I Met Your Mother or The New Girl have deep catalogs, so viewers can keep coming back to watch multiple episodes.

What bingeing lacks is the social aspect of being able to react in real time with other fans.

Lovretta says one of her favourite things about “live” television — in this sense, watching an episode as soon as it drops — is having a group watch a program together, even if they’re gathering virtually on Twitter. She says she doesn’t miss sitting in movie theatres — overhearing some guy talking to his friend about the flick — but says she’ll “talk to them for fricking hours online about a single episode of Couples Therapy.”

The pleasure is the waiting

For Mastai, part of the pleasure of television is the waiting. “That little bit of patience, a little bit of suspense.” He says, in the writing room for This is Us, they try lean into that.

“You drop an episode and there’s a gigantic twist at the end and you can’t find out so you just have to sit and wait,” he said.

Sometimes I miss the conversations that flowed in real time from appointment television. Binging is great, but our viewing is so fractured that small-scale conversations can occur but not sweep through the entire culture.<a href=”https://twitter.com/hashtag/StrangerThings2?src=hash&amp;ref_src=twsrc%5Etfw”>#StrangerThings2</a>

He says because they know viewers are dissecting and rewatching episodes, they add extra content. “We packed little clues. We packed all the nuance and detail that you might not have caught the first time,” he said.

For Mastai that’s what makes serialized stories satisfying.  For the streamers, it’s an economical way to retain subscribers as competition increases.  A newly released report from the research film OMDIA found for the first time in the United States the average number of video streaming services used by consumers dropped from 7.23 in November to 7.06 in April.

Alexander also says customers are reaching a limit of how many services they’ll subscribe to. She predicts an upcoming “period of mass consolidation” will leave a final three — Disney+, HBO and Netflix; and that weekly releases could keep viewers tuning in.

For producers such as Lovretta, it comes down to quality. Whether you click play or wait to watch it live, she says giving audiences amazing worlds and characters they want to spend time with is the key.

As for how to watch, she wants both.

“My ideal format currently is probably streaming, because I love that the audience can choose,” she said. “But ideally I’d still have a weekly viewing party component. I guess I’m greedy, I kinda want it all.”