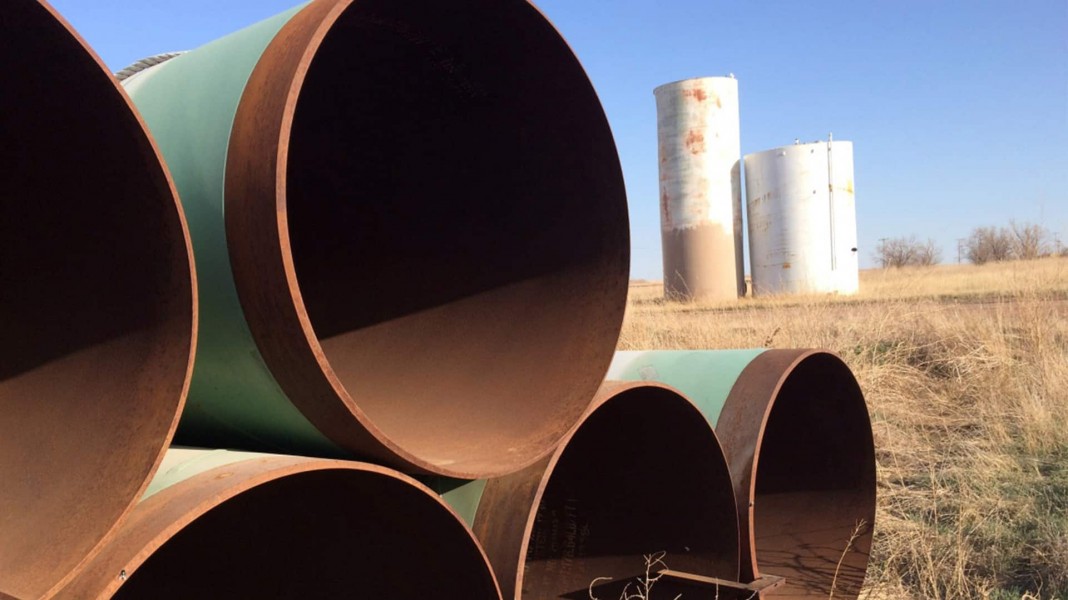 U.S. president-elect Joe Biden has indicated plans to cancel the Keystone XL pipeline permit via executive action on his first day in office, sources confirmed to CBC News on Sunday.

A purported briefing note from the Biden transition team mentioning the plan was widely circulated over the weekend after being shared by the incoming president’s team with U.S. stakeholders.

The list shown to stakeholders is a lengthier version of a list already reported in the media based on a memo released publicly over the weekend by Biden’s chief of staff Ronald Klain. That publicly reported memo from Klain did not mention Keystone XL, but cautioned that the memo was not a complete list of planned actions.

The Biden team has announced plans to sign dozens of executive orders in the incoming president’s first few days in office.

They include a raft of environmental policies to be enacted on the first day of his presidency, including re-joining the Paris climate accord. The note shown to stakeholders has led some to expect that the first-day climate actions will include the move to cancel the project to carry Canadian bitumen.

Prime Minister Justin Trudeau, in his first conversation with Biden as president-elect in November, indicated that he wanted to speak further about some potential irritants — including Keystone XL and Biden’s proposed Buy American policies. 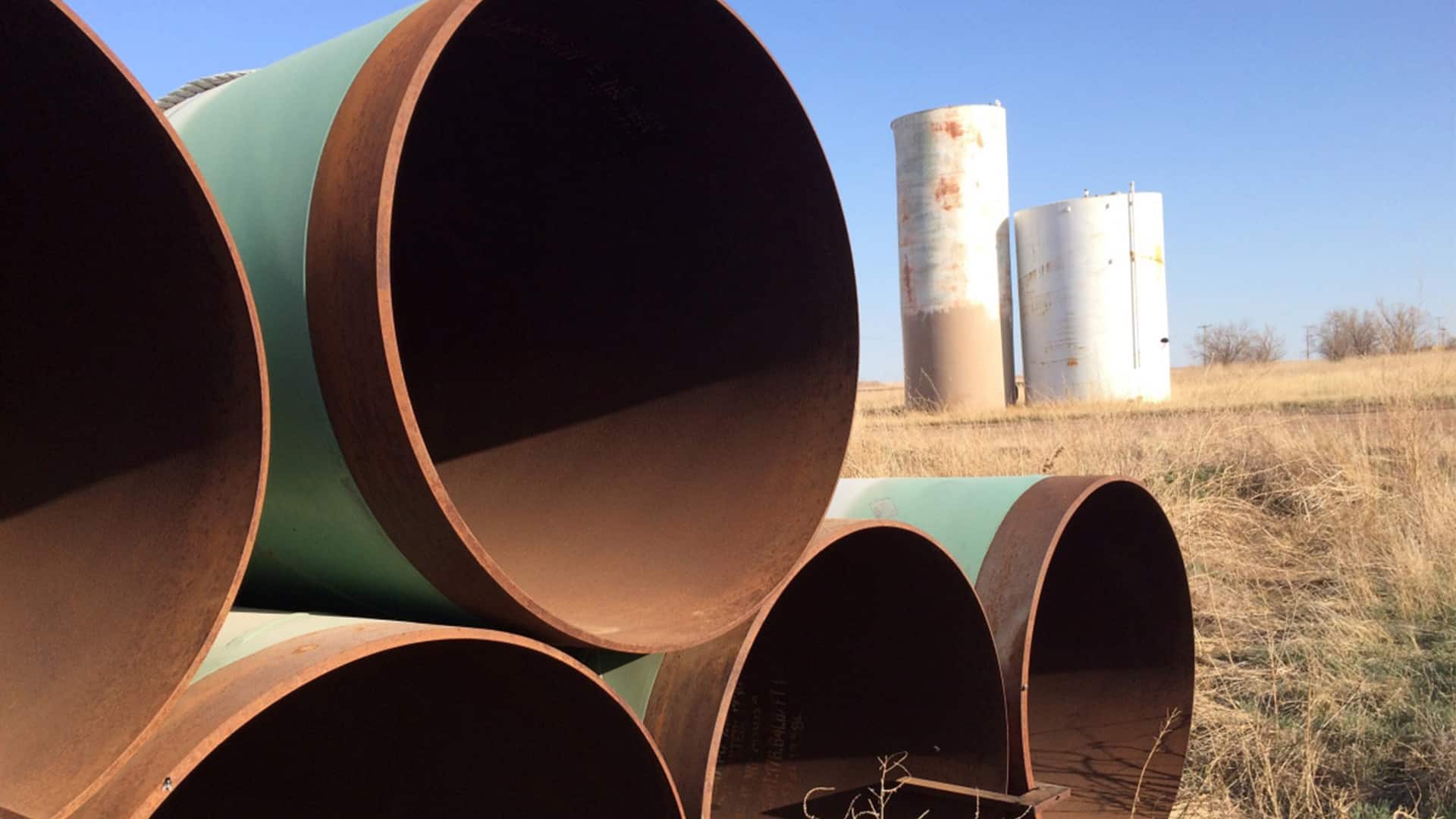 Joe Biden’s plans for his first 100 days in office are coming out, and sources confirmed to CBC News that Biden has indicated plans to cancel the permit for the Keystone XL pipeline on Day 1 — along with dismantling several pieces of Trump’s legacy. 2:09

Biden foreshadowed such a cancellation months ago, announcing in a U.S. TV interview and through statements from his campaign team that he intended to cancel the $8-billion, cross-border pipeline.

However, proponents of the project have been hoping that he might reconsider once in office.

Federal Conservative Leader Erin O’Toole called on Trudeau to reach out to the incoming U.S. administration to ensure Keystone moves forward. “Keystone XL is a project of national significance that supports countless workers on both sides of the border,” he said in an emailed statement.

Former TC Energy executive Dennis McConaghy is not surprised the project is among the first decisions by the new administration.

“I have consistently said Biden would indulge in this rescinding of the permit immediately because it’s something he has to do largely to follow through for expectations of his political base and many of his donors,” McConaghy told CBC’s Kyle Bakx on Sunday.

The decision would likely lead to disappointment in the Canadian oilpatch, even after so many other setbacks for the project over the last decade.

“Ideally the project should have been completed and put into operation during the Trump administration,” McConaghy said. “It’s a very audacious thing that is being done here by the Biden administration.”

Kirsten Hillman, Canada’s ambassador to the U.S., said in a statement sent to The Canadian Press that the pipeline expansion fits with Canada’s climate plan.

“The Government of Canada continues to support the Keystone XL project and the benefits that it will bring to both Canada and the United States,” she said.

“The Biden administration offers us a fresh start on addressing the climate crisis with a willing partner, so let’s not blow it by pushing pipelines,” Stewart said

U.S. Sen. Bernie Sanders called the pipeline expansion a disaster in a tweet.

“With all of the major crises facing America, we must never lose sight of the most existential threat facing our planet: climate change,” he wrote.

TC Energy said in a release late Sunday that the company plans to spend $1.7 billion US on a solar, wind and battery-powered operating system for the pipeline, hire a union-only workforce, sign Indigenous equity partners and establish zero-emissions operations by 2030, all with an eye toward securing Biden’s approval.

Canadian leg of pipeline under construction for months

The Alberta government agreed last year to invest about $1.5 billion as equity in the project, plus billions more in loan guarantees. As a result, the Canadian leg of the project has been under construction for several months with around 1,000 workers in southeast Alberta.

If completed, the 1,897-kilometre pipeline, first announced in 2005, would carry 830,000 barrels of crude a day from the oilsands in Hardisty, Alta., to Nebraska. It would then connect with the original Keystone that runs to U.S. Gulf Coast refineries.

Alberta Premier Jason Kenney has said previously he thinks Alberta could have legal options to recoup taxpayer money should the permit be cancelled.

On Sunday, Kenney said in a statement posted to social media that he’s deeply concerned that Biden may repeal the pipeline’s presidential permit.

“Doing so would kill jobs on both sides of the border, weaken the critically important Canada-U.S. relationship and undermine U.S. national security by making the United States more dependent on OPEC oil imports in the future,” Kenney said.

Kenney said should the U.S. repeal the permit, “Alberta will work with TC Energy to use all legal avenues available to protect its interest in the project.” 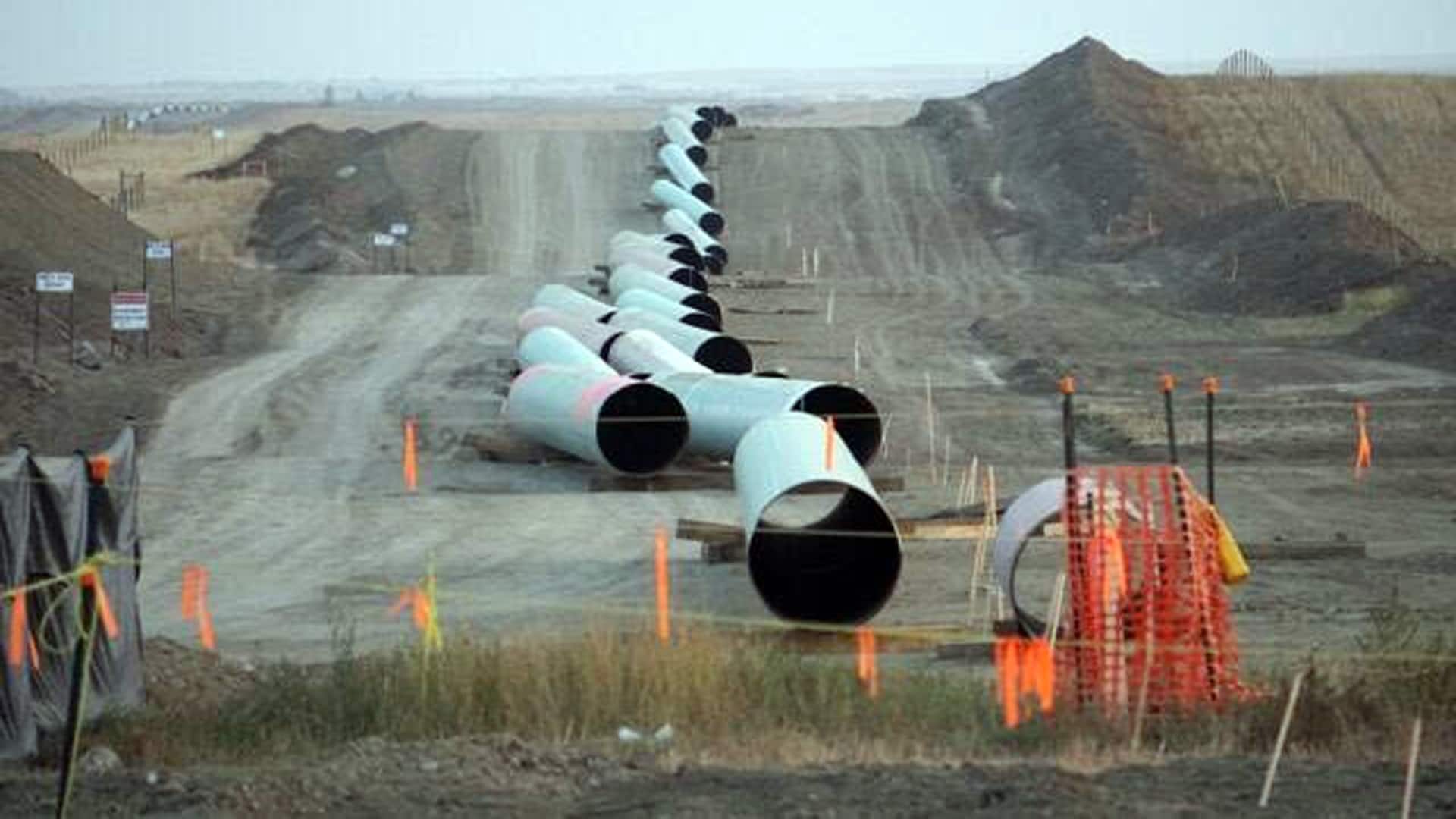 Cancelling the presidential permit on the Keystone XL pipeline is a policy change U.S. president-elect Joe Biden has vowed to make. James Rajotte, Alberta’s senior representative to the U.S., hopes that the project continues to move forward, as it’s currently underway and would help deliver Alberta crude to U.S. refineries. 7:28

In 2016, TC Energy launched a lawsuit and a multi-billion dollar North American Free Trade Agreement claim against the U.S. government. The company changed course after the election of President Donald Trump.

TC Energy could now take similar action in order to prevent walking away from Keystone XL empty-handed after a dozen years of setbacks, billions of dollars spent and thousands of pages of filings.

“There are plausible legal claims. I think you have to say all of those are less than 50 per cent shots to get your money back. Whether it is the end of the road depends on whether the investors want to stick by it,” said James Coleman, an associate professor of energy law at Southern Methodist University in Texas, told CBC.

TC Energy has yet to respond to a request for comment from CBC News.