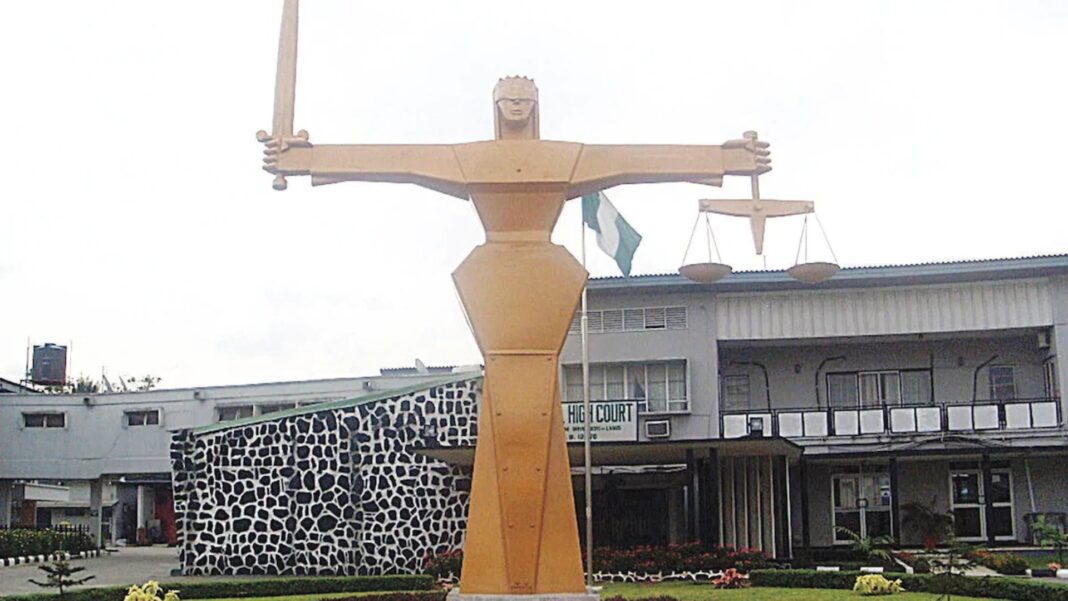 The Federal High Court, on Monday, ordered the Central Bank of Nigeria (CBN) to immediately pay the sum of N8 billion to Tiv communities in Benue invaded by soldiers sometime in the year 2001.

The News Agency of Nigeria (NAN) reports that the money was awarded in favour of the communities in Logo, Ukum, Kwande and Katsina-Ala Local Government Areas of the state for the loss of lives and property they suffered during the invasion by soldiers of the Nigerian Army in 2001.

Justice Nyang Ekwo gave the order following the garnishee application by the communities for the enforcement of the consent judgment delivered by the Court of Appeal in Enugu on Feb. 2, 2015.

The judge, who had earlier granted the preliminary “garnishee nisi”, made the garnishee order “absolute” on Monday by ordering the CBN to pay the sum of N8 billion into an interest yielding account to be domiciled with First Bank of Nigeria Plc administered by the Chief Registrar of the court.

The judge added that he would subsequently make an order for the disbursement of the money after the CBN complies with the order for the payment.

‎He said the terms of disbursement would have to be signed by first class chiefs of Jukun, Logo, Kwande, Katsina-Ala Local Government Areas on behalf of the Tiv Traditional Council.

He ruled: “The garnishee (CBN) is hereby ordered to pay the garnishee sum into an interest yielding account to be opened and maintained by the Chief Registrar of this court in First Bank of Nigeria Plc.

“The order authorising the disbursement of the money, shall be made upon being satisfied with the terms of disbursement including the legal fees jointly signed by Ocha Ulegede Esq, and J.K Gadzama, SAN, for the ganishors and endorsed by first class chiefs of Jukun, Logo, Kwande, Katsina-Ala local government areas on behalf of the Tiv Traditional Council.”

NAN reports that the plaintiffs in the suit are 14 persons from the Benue communities, who were victims of the military invasion which occurred about 18 years ago.

They instituted two separate suits which were later consolidated against the then Commander-in-Chief of the Nigerian Armed Forces, President Olusegun Obasanjo, the then Minister of Defence, Chief of Army Staff and the Attorney-General of the Federation.

In their consolidated suits, which were filed at the Federal High Court in Markurdi but later transferred to Enugu Division of the court, the 14 plaintiffs alleged that the Army was used against the Tiv communities under the pretext of settling communal conflicts.

They, therefore, urged the court to declare the deployment of the army as genocidal, and the continued occupation of the communities by soldiers as undemocratic and unconstitutional.

In one of the two suits, marked FHC/MKD/CS/6/2002, they sought N60 billion as damages against the respondents for “brutally and untimely terminating the lives” of the plaintiffs’ parents, daughters and brothers” as well as for “permanently depriving” some of the plaintiffs their body parts such as manhood and hands of some of them thereby subjecting them “to mental and psychological pains and anguish”.

The plaintiffs sought about N32 billion as damages in the suit FHC/MKD/CS/41/2001.

They also sought a public apology, among other prayers.

Delivering judgment on the consolidated suits on July 5, 2007, the Enugu Division of the Federal High Court presided over by then Justice A.L Allagoa, awarded N10 billion in favour of the plaintiffs and against the respondents.

None of the defendants had filed any papers to defend the suit at the trial court but they appealed against the judgment.

At the Court of Appeal in Enugu, the parties agreed on N8 billion damages which the court awarded in favour of the the Benue communities in a consent judgment delivered on Feb. 2, 2015.

Ruling on the plaintiffs’ garnishee application on Monday, Justice Ekwo held that there was nothing standing as impediment to the payment of the N8 billion since the respondents had consented to it at the Court of Appeal.

He held: “It is my opinion that the judgment debtors/appellants entered into terms entered by the Court of Appeal in appeal number CA/E/410/2008 as judgment of Feb. 2, 2015 was a clear and unambiguous expression and readiness of the judgment debtors to pay the sum agreed therein to the ganishors.

“Upon studying the averments in the six-paragraph affidavit to show cause deposed to on March 28, 2017, by one Huseini Sani Kagai, and three-paragraph further affidavit showing cause deposed to on May 8, 2017, by the same Huseini Sani Kagai, I am unable to see any contrary issue or impediment established by the garnishee that would constitute a cause shown by the garnishee why the order nisi proceedings ought not to be made absolute and I so hold.”