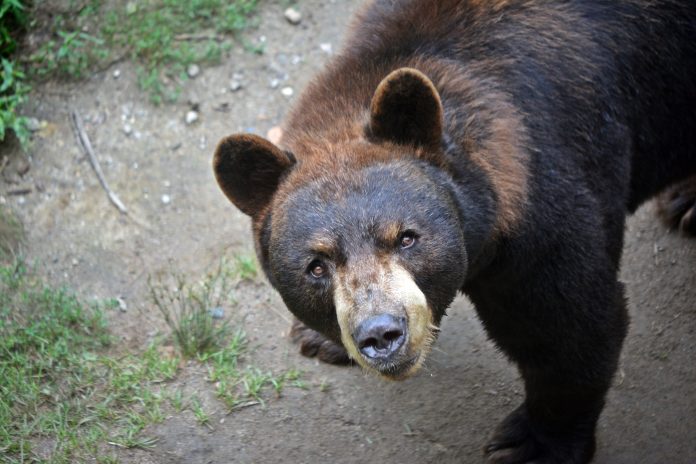 A hungry black bear met a sad end this week after becoming trapped inside a hot car.

A person renting a cabin in Sevierville, Tennessee, left their parked car around 10 a.m. on Wednesday and came back that evening to find the bear dead inside the vehicle, according to a statement from the Tennessee Wildlife Resources Agency.

“It appears that the bear got inside the car by using its teeth or paws to open the unlocked door and was trapped inside after the door shut behind it,” the statement said.

The agency noted that the car contained an “empty soda can and food package” that likely attracted the animal.

“Bears have noses 7 times better than a bloodhound and can smell even the faintest odor of food inside a vehicle,” the agency’s statement read. “Lock your doors, roll up your windows, and never leave food or anything that smells like food inside! Empty food containers, candy wrappers, fast food bags, and even air fresheners can attract bears.”

Wildlife officials believe the bear was ultimately killed by heat. Outside temperatures were above 95 degrees Fahrenheit that day. Inside a car, temperatures can rise by about 20 degrees in just 10 minutes, which is why the American Veterinary Medical Association strongly warns against leaving pets in a car on a warm or hot day.

Last week saw scorching temperatures in the South and Midwest. The New York Times reported that 21 heat records were broken across the Ohio Valley and the southeastern U.S.