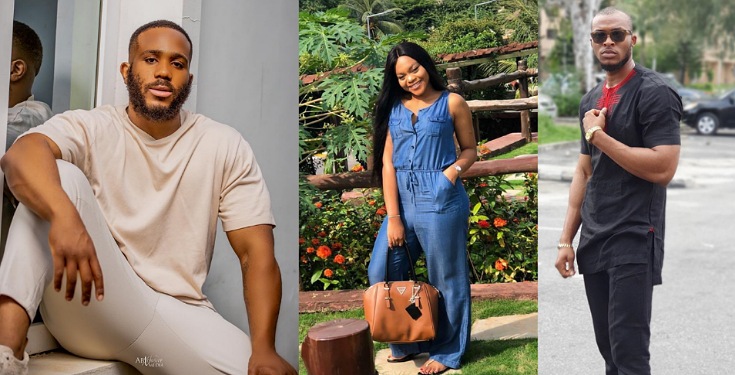 2020 Big Brother Naija housemate, Kiddwaya has given reasons why fellow housemates, Eric and Lilo were evicted from the reality show.

Recall that Lilo was evicted last week while Eric was shown the door during the live show on Sunday.

Eric, who was last week saved by the housemates, had told Ebuka that he thinks the viewers did not save him because they connected more with other housemates.

Eric had said he was distracted in the house and had to interact more after Lilo’s eviction.

But, speaking on Sunday, Kiddwaya advised Tolanibaj to use Eric and Lilo’s relationship as a template for relationships in the house.

He opined that viewers likes ‘individuality’ and she should not lose it over a relationship with Prince.

He said, “If you want to really go for a man in this house, use Lilo & Eric as a template, don’t always be together 24/7, interact with others.