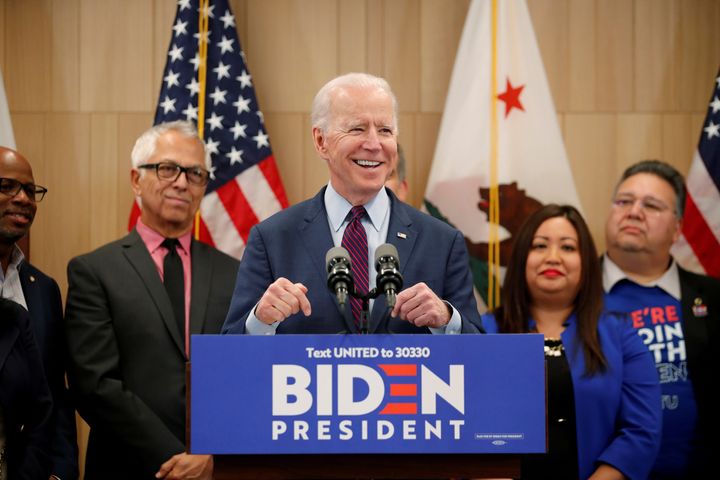 Biden Presidency, Three months out from the presidential election, progressive groups are coming up with names and key criteria for the kinds of judicial nominees they want presumptive Democratic nominee Joe Biden to appoint if he wins the White House.

HuffPost spoke with more than half a dozen organizations that acknowledged they’re already planning for how to reshape the courts under a potential Biden presidency. Many were reluctant to talk about lists of specific names they’re compiling, although they admitted it’s happening.

“I would be lying if I said ― in fact, any civil rights or progressive organization would be lying ― if they said there aren’t people they would prefer to see on the bench, because the courts are significant to our ability to advance the constitutional rights and protections that we are committed to advancing,” said Myesha Braden, director of Alliance for Justice’s Building the Bench program, which recruits candidates for federal court seats.

Others were willing to name people they’d like ― and emphasized why it’s important to kick off the judicial nominations process with strong, progressive candidates who break the mold of traditional court picks.

But the work is about more than just identifying qualified individuals. In many ways, that’s the easy part. The difficult work comes in making sure that a Biden administration ― and, potentially, a Democratic Senate ― understands the importance of a diverse pool of judicial nominees.

“We try to resist, so to speak, the entire concept of ‘a list’ because it is based on the way judicial selection has always been done,” Braden said. “It is based on assumptions ― old and outdated assumptions, we think ― about who should be a judge and what their backgrounds should be. We are being intentional with all the various stakeholders we work with and collaborate with to make sure we don’t repeat the same mistakes that got us to a bench that is not diverse.”

We are being intentional with all the various stakeholders we work with … to make sure we don’t repeat the same mistakes that got us to a bench that is not diverse.Myesha Braden, director of Alliance for Justice’s Building the Bench program

The courts have never been especially diverse. In the 230-year history of the nation’s federal court system, its judges have been almost entirely straight white men. Only eight Black women have ever been appointed to a U.S. appeals court seat out of hundreds and hundreds of appeals court judges. There has never been a Muslim person confirmed to a federal court.

Former President Barack Obama made some progress in mixing things up. He appointed more female, LGBTQ and racially diverse judges than any past president. President Donald Trump, on the other hand, has reversed that trend and returned to filling court seats with straight white men.

But demographic diversity is just one metric of diversity, and progressive groups are surprisingly united in their plan to get more judges onto courts who have vastly different backgrounds than the kinds of people typically given lifetime court appointments. That might mean a lawyer who went to a non-Ivy League law school, for example, or someone who used their law degree to lead a civil rights organization.

“We should stop nominating corporate law firm partners and nominate more public defenders and criminal defense lawyers than prosecutors,” Kang said. “We must continue to prioritize a judiciary that reflects our nation and also more lawyers who have represented individuals — civil rights plaintiffs, immigrants, unions and the poor.”

Demand Justice is running an entire campaign advocating for no more corporate law partners as judicial nominees. Its message has been endorsed by other progressive groups, including the American Federation of Teachers, Justice Democrats and MoveOn.

Former Sen. Russ Feingold (D-Wis.), president of the American Constitution Society, said his organization has more than 40 working groups across the country ready to propose judicial nominees to Biden. They plan to suggest people “who are diverse in all ways,” he said in a statement, and that includes racial, ethnic and gender diversity.

“We’re also encouraging lawyers from practice areas that too often do not get considered for judgeships, such as criminal defense and civil rights lawyers, to enter the process,” Feingold said. “If we want to make lasting change in this country, we must prioritize consideration of who sits on the bench.” 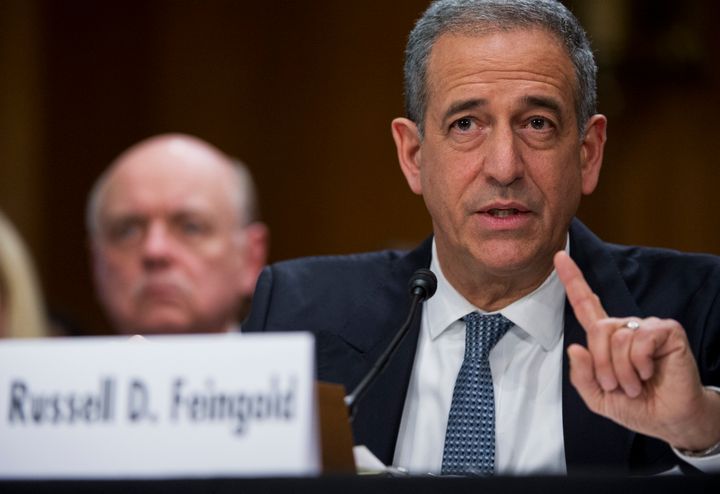 Progressive groups aren’t just focused on who they want on the courts. They’re also pushing Biden to get moving immediately. That’s at least partly driven by frustration that Trump and Senate Majority Leader Mitch McConnell (R-Ky.) have made the courts a top priority over the last four years. Thanks largely to McConnell, Trump has gotten more than 200 lifetime federal judges confirmed, many of whom have records of being hostile to the issues that progressives care most about, such as reproductive rights, voting rights and climate change.

“A big lesson is making sure judges are a priority on day one,” said Lena Zwarensteyn, director of the Fair Courts Campaign at the Leadership Conference on Civil and Human Rights, a coalition of more than 200 national organizations. “I don’t think we need to follow the McConnell handbook on a lot of things. But to the extent that there is a real prioritization of judges and judicial nominees, I think you can learn some things.”

Part of the problem is that, historically, Democrats haven’t made judicial nominations as much of a priority as Republicans. They haven’t been as effective at ginning up their base about particular court picks. And for all the praise Obama has gotten for diversifying the courts, he was slow to get moving on judicial nominations when he took office. He faced significant GOP obstruction in confirming his judges as president, but in his first term, he submitted fewer district court nominees and took longer to submit them than his recent predecessors.

But that’s changing. Progressives such as Demand Justice and Sen. Elizabeth Warren (D-Mass.) have been working to impress upon Democratic voters the importance of controlling judicial nominations during the 2020 campaign. Demand Justice in February hosted a first-of-its-kind presidential forum specifically about the courts, which HuffPost participated in.

More broadly, the fight over Justice Brett Kavanaugh’s Supreme Court nomination and the Trump-McConnell sweep over the courts appear to have jolted progressive groups into agreement that Biden needs to make the courts a bigger focus.

“You’ve got to make it a priority,” said Marge Baker, executive director of People for the American Way, a progressive advocacy group. “The reason Trump has over 200 nominees is because they made it a priority, both in terms of getting the nominations to the Senate, but also made it a Senate priority.”

A big lesson is making sure judges are a priority on day one.Lena Zwarensteyn, director of the Fair Courts Campaign at the Leadership Conference on Civil and Human Rights

Some groups say they already see signs that Biden understands the need for more diversity and expediency in judicial nominations. He has pledged to put the first Black woman on the Supreme Court, for example.

“It seems to me they get that this is a different time and the dynamic is different than it was at the beginning of the Obama administration,” said David Stacy, government affairs director at the Human Rights Campaign.

Stacy said his organization is “very much talking” with the Biden campaign about the importance of having LGBTQ people as judicial nominees. Beyond that, he thinks they would have Biden’s ear if he dragged his feet on the judicial nominations process.

“We can influence this, saying it’s important to us,” Stacy said. “If they are not moving quickly, that’s something we can raise.”

The Senate landscape is different now, too. Up until 2013, a non-Supreme Court pick needed 60 votes to get approved, meaning that for more than half of Obama’s presidency, it was much harder to get nominees confirmed. Now, it takes just 51 votes.

The lower threshold also means that different types of nominees may be able to get confirmed. That’s got progressive groups excited about the potential for Biden to diversify the courts in entirely new ways.

“An environment where the vote is 51 and not 60 frankly means that you’ve got a bigger playing field to choose from,” Baker said. “I think there’s ways to swing for the fence that were potential barriers in the Obama administration.”